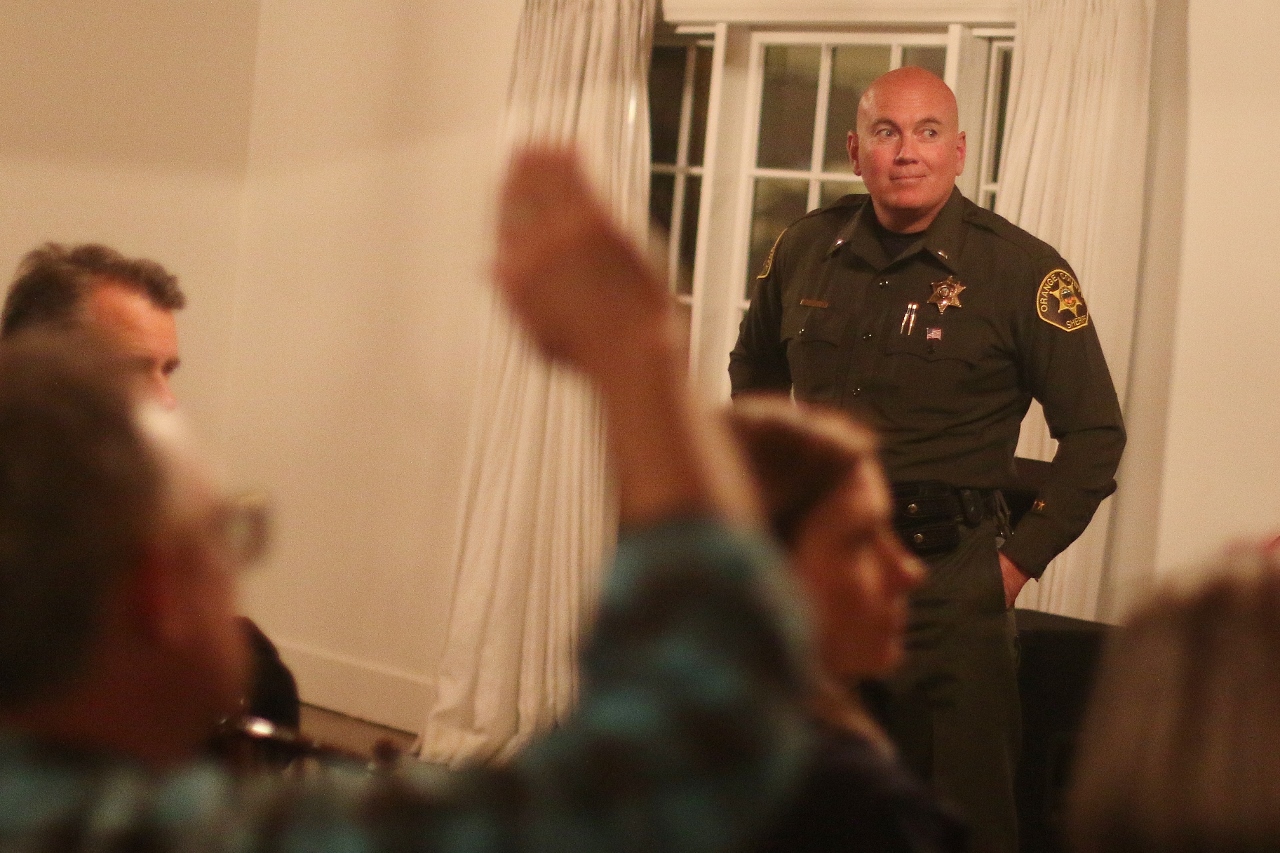 Residents of San Clemente, mostly from the North Beach area of the city, gathered at a meeting on Jan. 24 at Casino San Clemente to address issues related to the homeless population in their area.

Concerns brought forth during the meeting included many typical grievances: people sleeping in canyons and in fire-prone areas, people defecating in public, safety concerns and others.

Lt. Mike Peters, chief of San Clemente Police Services, made a point at the beginning of the meeting that it is not illegal to be homeless—although people can’t sleep in their cars, must vacate parks and beaches when they close.

Peters also touched on recent voter-approved legislation that’s made it difficult for officers to arrest people for offenses that are now a citation. Propositions 47 and 57, as well as AB 109, are commonly connected in law enforcement to an increase in drug-related crimes and misdemeanor behavior. The laws have made certain offenses misdemeanors that were once felonies, and the result has contributed to a more frequent homeless population, as offenders are typically released the day of for certain crimes.

A man, who said his name is Darren James (center, holding up three fingers), said he was homeless and wanted to know what services were available for homeless people. He left the meeting before follow-up questions could be asked. Photo: Eric Heinz

Audience members stated their reasons for concern about the presence of people who are homeless in North Beach and all of San Clemente at a community forum on Jan. 24 at Casino San Clemente. Photo: Eric Heinz

Peters spoke about an incident where a man was reportedly committing lewd actions at a public park, among other accusations, and when police apprehended him, the resident would not come back to identify him. Therefore, by law, the police had to let him go.

Peters also showed a crime “heat map” that indicates the frequency of reported crimes in San Clemente. Most of the map was unaffected, but North Beach and further south along El Camino Real up to Avenida Del Mar was dark red, an indication that most crimes reported comes from those areas. The map data was compiled by OCSD.

During the meeting, Peters said it’s important for people to call their legislative representatives if they want to see certain laws changed.

Peters said the increase of people purchasing home surveillance equipment has aided law enforcement in finding criminals who commit property theft, although he didn’t liken homelessness to those crimes.

On Jan. 30, the San Clemente City Council was scheduled to discuss an ordinance that would ban camping on city property and areas designated as open space. The reasoning behind the ordinance is to try to prevent any wildland fires from makeshift camping sites. The City Council meeting takes place at 6 p.m. on Tuesday, Feb. 6 at City Hall, located at 100 Avenida Presidio.

For more information on the NBCA, visit www.memberplanet.com/nbca.