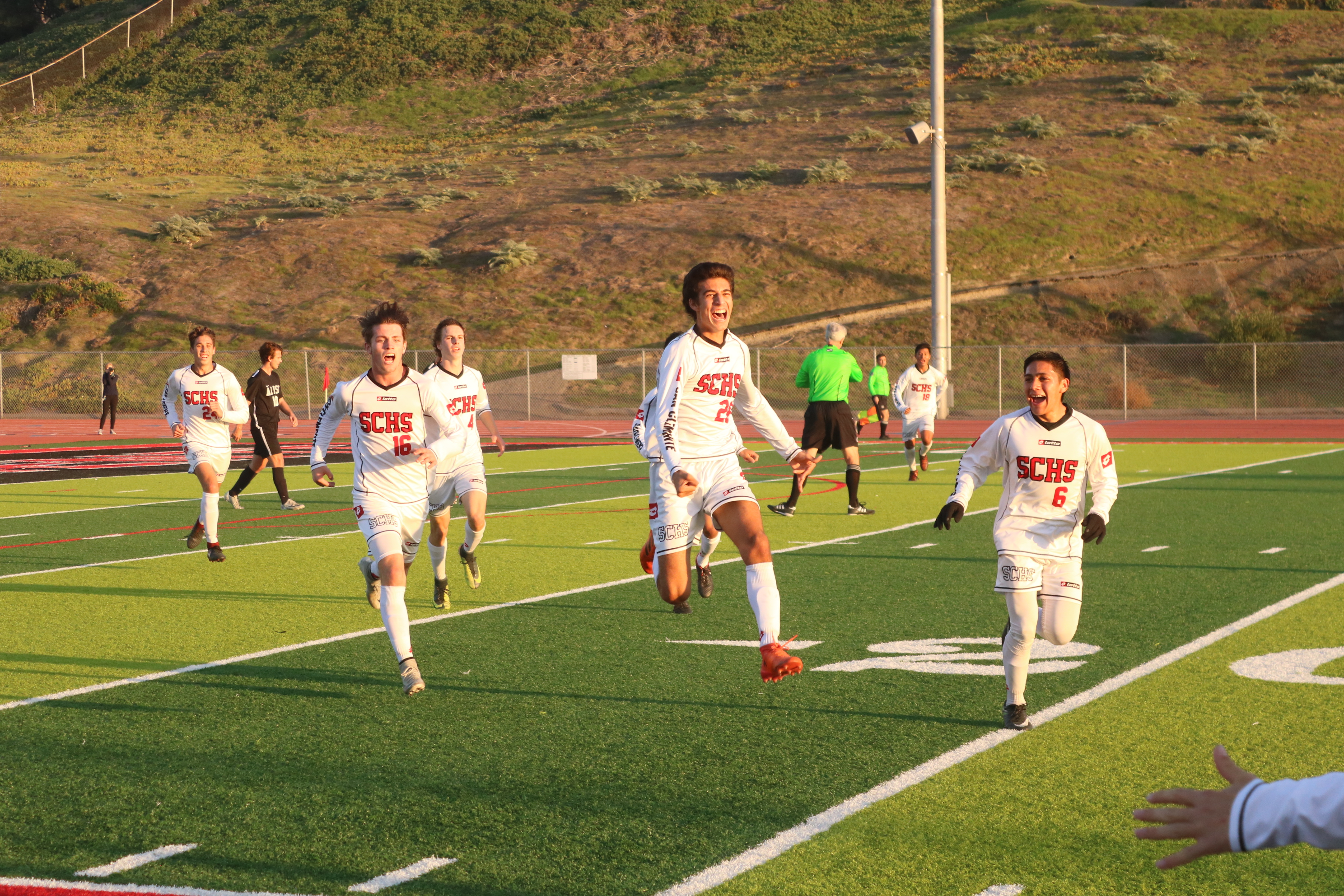 The Tritons only allowed 18 goals on the season while pitching 11 shutouts. However, this year, defending league-champion San Clemente finished second in league and was shutout 10 times itself, including five 0-0 contests.

The Tritons’ final game of the season was a scoreless game that ended in a penalty-kicks loss to Sunny Hills in the first round of the playoffs.

Tough results for a team with 16 seniors on its 25-man roster. It was an even tougher outlook for San Clemente as the Tritons lost their top four goal-scorers to graduation.

But players come in and returners step up. Such is the cycle of public high school sports.

That cycle put San Clemente back on top of the South Coast League with a clinching win over Aliso Niguel, 2-0, on Feb. 6 for their first title since 2016 and sixth title in eight seasons.

“I’m excited that we’re back in the league title again,” San Clemente coach Mike Pronier said. “We have a few dynamic players offensively that we haven’t had. Last year, we played great defense, but couldn’t get the ball in the net. That really cost us. It was nice to have some offense.”

Senior forward Tristan Weber returned from the U.S. Men’s National Team U17 Residency to lead the team with 17 assists and second in goals with nine. Junior Blake Bowen, the team’s fifth-highest goal scorer last season with three goals, came back to lead the Tritons with 14 goals.

The scoring is up with 26 goals this season, but the biggest change is how dangerous the Tritons can be on nearly every possession. Against Aliso Niguel, San Clemente got the ball in the box or off the crossbar at least seven times for a goalmouth scramble that couldn’t be cashed in on.

The Tritons could be even deadlier than they already threaten to be.

“We feel good where we are offensively and how we play,” Weber said. “We just need to be more clinical around the box. We’ve had way too many chances that we needed to put away. There were more chances that we had that should’ve been goals.”

San Clemente has only been shutout three times this season with two being scoreless games, and all the way through, the Tritons have put up big results, including the final-game win against Aliso Niguel.

“I’m very excited for the program,” Pronier said, “for these kids that have struggled a little bit to win the big game. We’ve done very well in some showcase tournaments we’ve been in. This was just a good opportunity to feel good about what they’ve done so far.”

Moving forward, San Clemente takes on a tough CIF-SS Division 1 playoff field, but the Tritons, ranked No. 8 in the latest Division 1 poll, will relish the early advantage of a first-round home game as league champions.

“I’m so excited for that,” senior goalkeeper Jake Carter said. “My sophomore year, we had a home playoff game, and the amount of people here was insane. I had never played in front of that many people before in my life. I hope we can get that many people out here again.”

San Clemente is sure to light some firecrackers and avoid that scoreless first-round loss of a year ago.