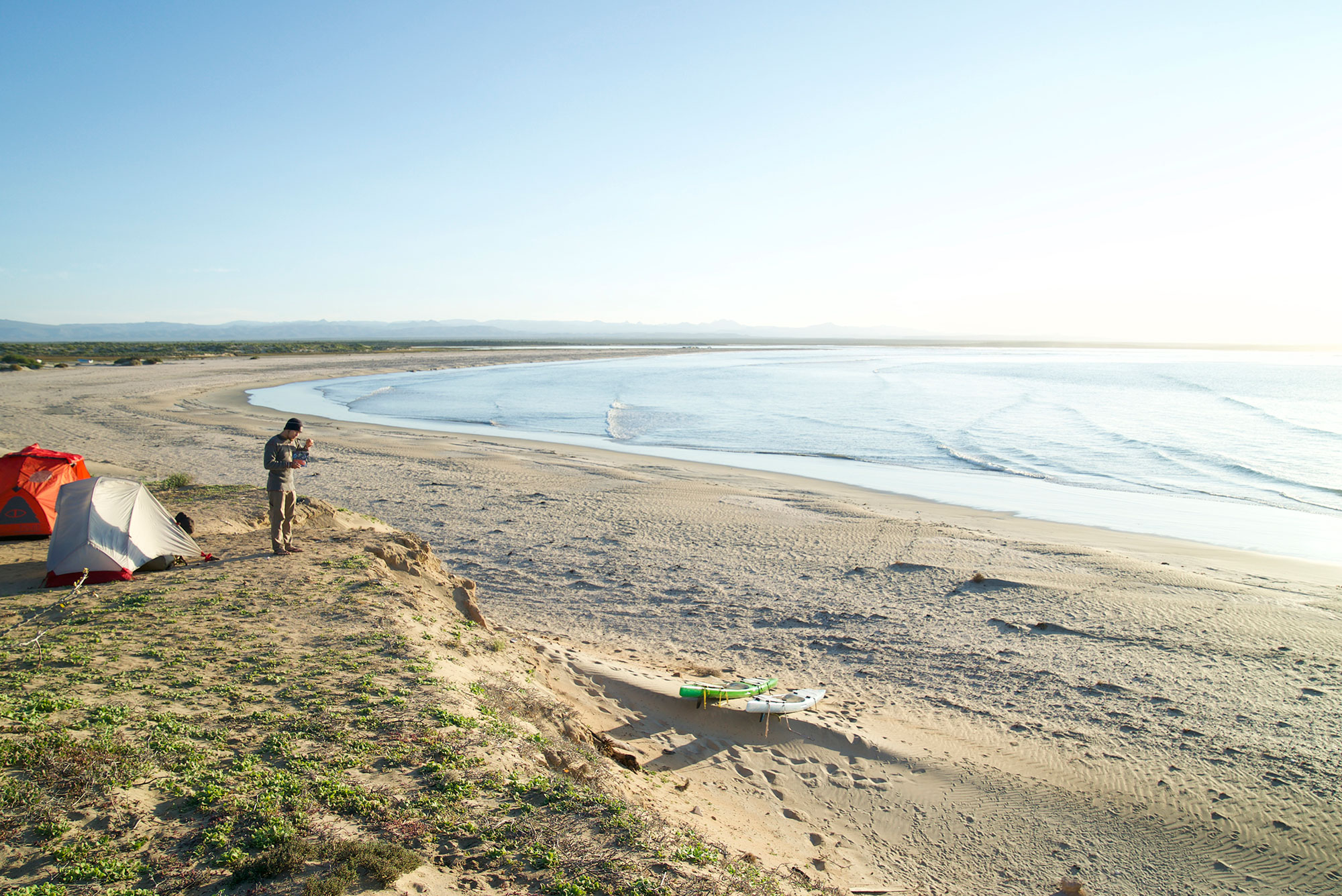 Baja by Hand: A Tale of Two Brothers Who Have Paddled the Entirety of the West Coast

You just never know whom you’re going to meet. During a swim workout at the Ole Hanson Beach Club pool a couple of years ago, former Laguna Beach lifeguard Scott Dietrich acquainted me with a pair of brothers from the San Luis Obispo area, Ryan and Casey Higginbotham.

They were on the final leg of a journey that had them swimming from Alaska to the Mexican border. Over the course of seven months, they’d paddled their Joe Bark-shaped paddleboards more than 2,200 miles with little to no assistance. They easily could have been swallowed up by the wilds of the Pacific Northwest and disappeared.

Last year, the Higginbotham brothers decided to pick up where they had left off and paddle the entirety of the Baja peninsula—1,100 miles of remote, desolate, unforgiving coastline. They finished their mission on Jan. 2.

I was driving up Pacific Coast Highway last month when they gave me a call. I promptly pulled into the Doheny parking lot so we could get properly caught up.

“It took us two years to forget how miserable the first one was before we decided to do it again,” Ryan said, laughing, when I asked him why they’d decided to paddle Baja. “We learned so much and packed so much life into such a short period of time. I really wanted to get back to that again, learn more and experience more.”

The Higginbotham brothers have now covered more than 3,300 miles of the West Coast by hand. I can’t imagine it’s ever been done before.

“One of the biggest things is to be able to compartmentalize goals,” Casey said. “I think with something that takes so much time and is so extended, you have to shut down the view of the end and think about a small piece of it.”

Baja is a completely different environment compared to the cold, wet Pacific Northwest. Instead of paddling with foul-weather gear and thick, heavy wetsuits, this time they had to factor in the elements that make Baja so raw, where drinking water is scarce and isolated fish camps are the only human outposts.

“There were definitely times where we were just out there with nothing around but trash and whale bones,” Ryan said. “There are fish camps all the way down. Less so in the southern part, but we encountered more people than I thought we were going to. They were able to give us water and food. That was a huge help.”

The Higginbotham brothers aren’t professional adventurers with big-time corporate sponsors. They’re seasonal lifeguards, and Ryan has started working the fishing boats up in Alaska. Their two epic paddles have been largely self-funded.

“This time, I think the hardest part was the grind—the slow, physical breakdown,” Casey said. “We didn’t have enough calories, and the food deprivation was definitely worse than last time. I feel like we maintained our weight, then we hit Baja Sur and just started dropping it. But you have to keep going south, you have to keep paddling, so there’s no recovery. Being hungry every day takes a toll on everything—your mind and your body.”

“We assumed we would be calorie-deficient, but we weren’t ever able to hit a down and just go crazy and eat like we did last time and bring in all those calories into our bodies,” Ryan said, echoing his brother’s sentiments. “And after a week of only having 1,800 calories a day while paddling for six hours a day, we were pretty beaten down and hungry. And then you do that week after week, you start seeing weird stuff. That was a bizarre experience, but I’m glad I went through it.”

“The finish was weird. You’re going through Baja and then you get to Cabo, and Cabo is nothing like the rest of Baja,” Casey said. “You show up, and it’s a massive beach party going on. It was a little bit confusing. There was a lot going on. We went through the arc at Cabo when we came in, and there were like 600 tourist boats bouncing around out there with people trying to take pictures of the arc. It’s a full tourist zone, so that was a trip.”

The Higginbotham brothers are currently wrapping up production of a documentary detailing their Alaska-to-Mexico paddle set for release this fall. Find them on Instagram at @byhandproject.