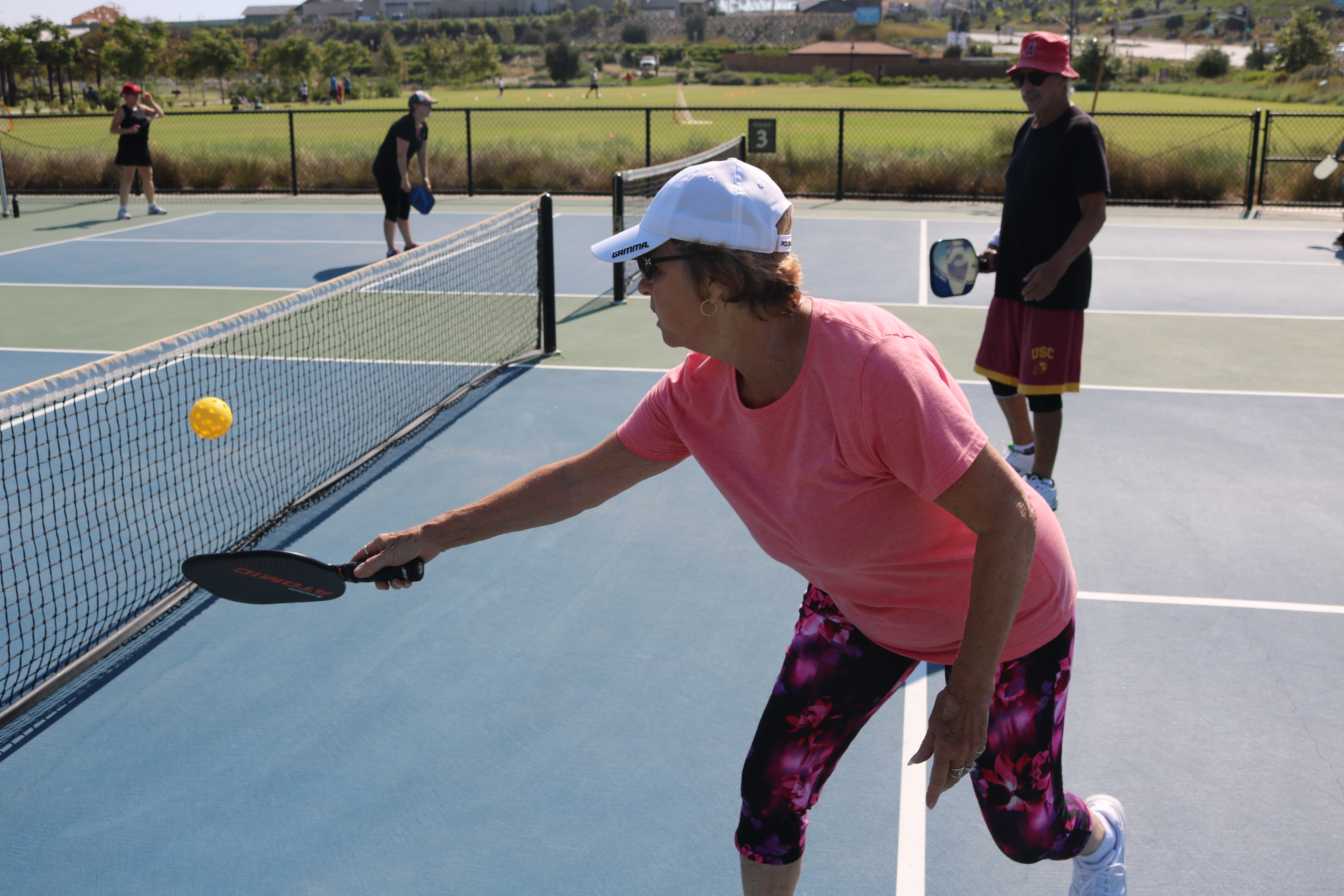 No love was lost on the tennis and pickleball advocates alike at the July 10 Beaches, Parks and Recreation Commission (BP&R) meeting, where commissioners heard pleas and concerns related to changing two San Luis Rey Park tennis courts into pickleball courts.

The commission approved to send a recommendation to City Council to make a General Plan amendment to San Luis Rey to change one court into an exclusive pickleball facility—one tennis court can house four pickleball courts—and to analyze a second option to “dual-line” another tennis court so it can be shared by pickleball and tennis players.

Pickleball’s popularity has soared nationally in the last few years, but if you’re still not up to speed: the game is similar to tennis, but it’s played on a smaller court using hardened paddles and they play with a whiffle ball.

The up-and-coming sport was lively supported during the BP&R Master Plan discussions that surveyed residents on how they use the city’s facilities, how often and what they think of their condition. It ranked near the top on the list of priorities for the department.

But tennis players were not happy about the move. They argued there are better options, such as the lone court at Bonita Canyon, but the city’s reports showed that would be prohibitively expensive. San Luis Rey was already scheduled for resurfacing and putting down new lines and a net for that location would be far cheaper without much additional expense.

The tennis players who spoke said there are world-class players who have come from San Clemente learning on those courts and that scheduling conflicts would be inevitable, with private and city-sponsored lessons taking place.

In his decision, Commissioner John Bandaruk said there’s been considerable support for pickleball, but there are no courts for them in the city, and that should change.
“This last year, we spent a lot of time developing pickleball, and it was way up there (on people’s list of wants),” Bandaruk said. “San Luis Rey is the first chance we get to do something, and pickleball does deserve a place in the city.”

The City Council will have to approve the amendment in order for the project to take place. The next City Council meeting is 6 p.m. on July 24, but whether the pickleball item will be on the agenda remains to be seen.