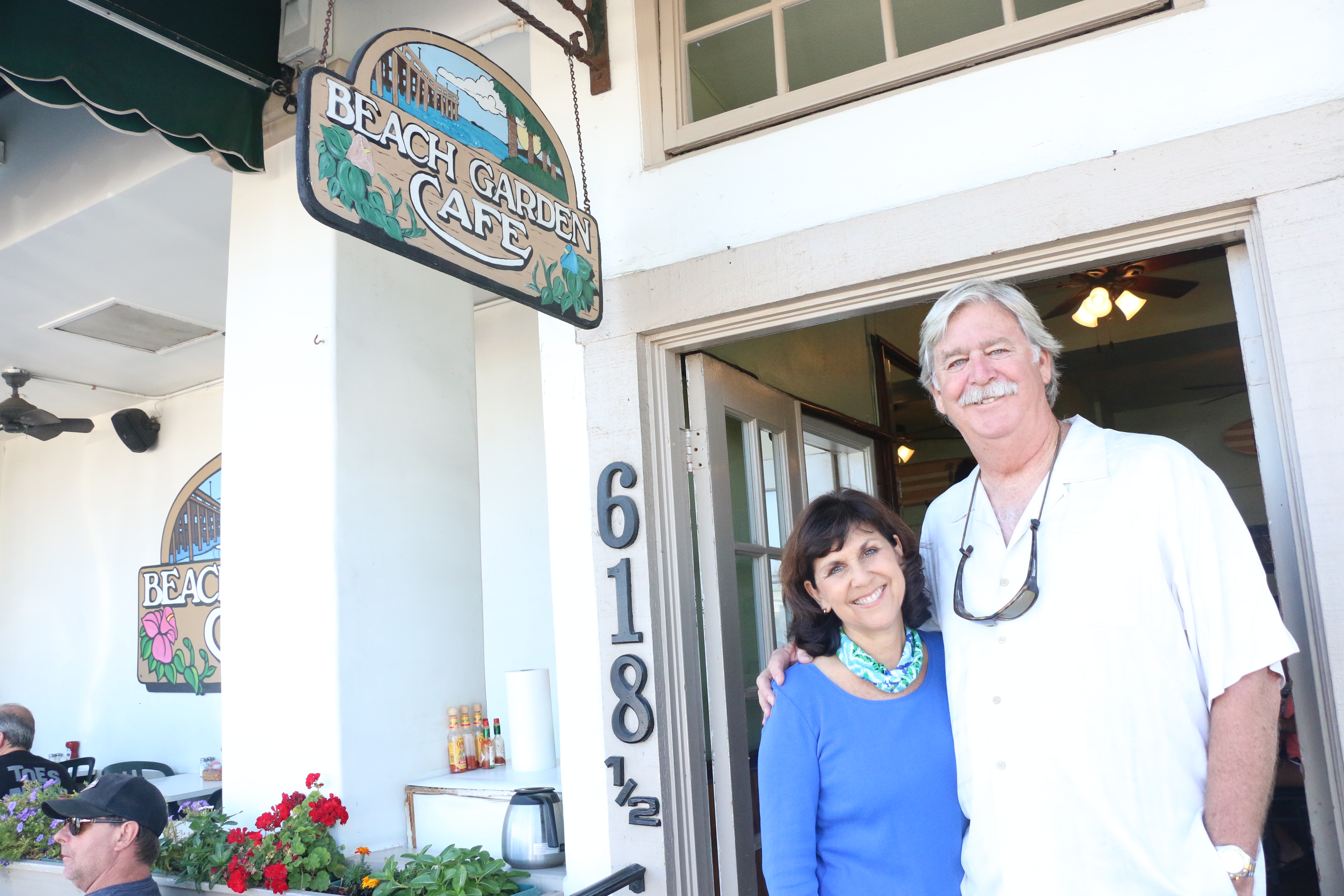 One of San Clemente’s Pier Bowl businesses will have to move at the end of the month, after its lease agreement was not renewed.

The owners of Beach Garden Cafe, Sue and Mike McGeary, said their lease is not going to be renewed after almost 20 years. The cafe is located at 618 Avenida Victoria, right near San Clemente Pier.

The owners said they looked at “ventless” systems, but because they emit heavy grease particles in a small area, Sue said that wouldn’t be feasible. Additionally, they said no one would recommend them doing this.

After exhausting resources on restaurant consultants and trying to find a way to keep the lease, it wasn’t enough to persuade the owner, Mike said.

“We just didn’t realize we were going to be done,” Sue said.

Both Sue and Mike said they are not sure if they will seek another location. They said it’s in their plans, but nothing has been explored at this time.

In 1993, the couple purchased the Pier Market, adjacent to Beach Garden Cafe, which had brought them to San Clemente from Diamond Bar. Their son now owns the market.

The Beach Garden Cafe is the undisputed champion of the clam chowder cook-off at Seafest in San Clemente, winning the top prize nine years in a row.

Working with the family has also been enjoyable, Mike said.

“We’ve just met generations of people,” Mike said. “It was fun to watch it grow. From how little it did when we opened to what it does now is shocking.”

Sue said she will miss the employees, customers and other people who they would meet near the café.

“What I’ll miss is the people, my friends, my customers, my employees,” Sue said. “It’s all about the people.”

Mike also thanked his loyal customers who he said have shown remorse for the loss of the location.

“We appreciate their business and we think the world of them,” Mike said.

The last day Beach Garden Cafe will be open in its current location is July 31.