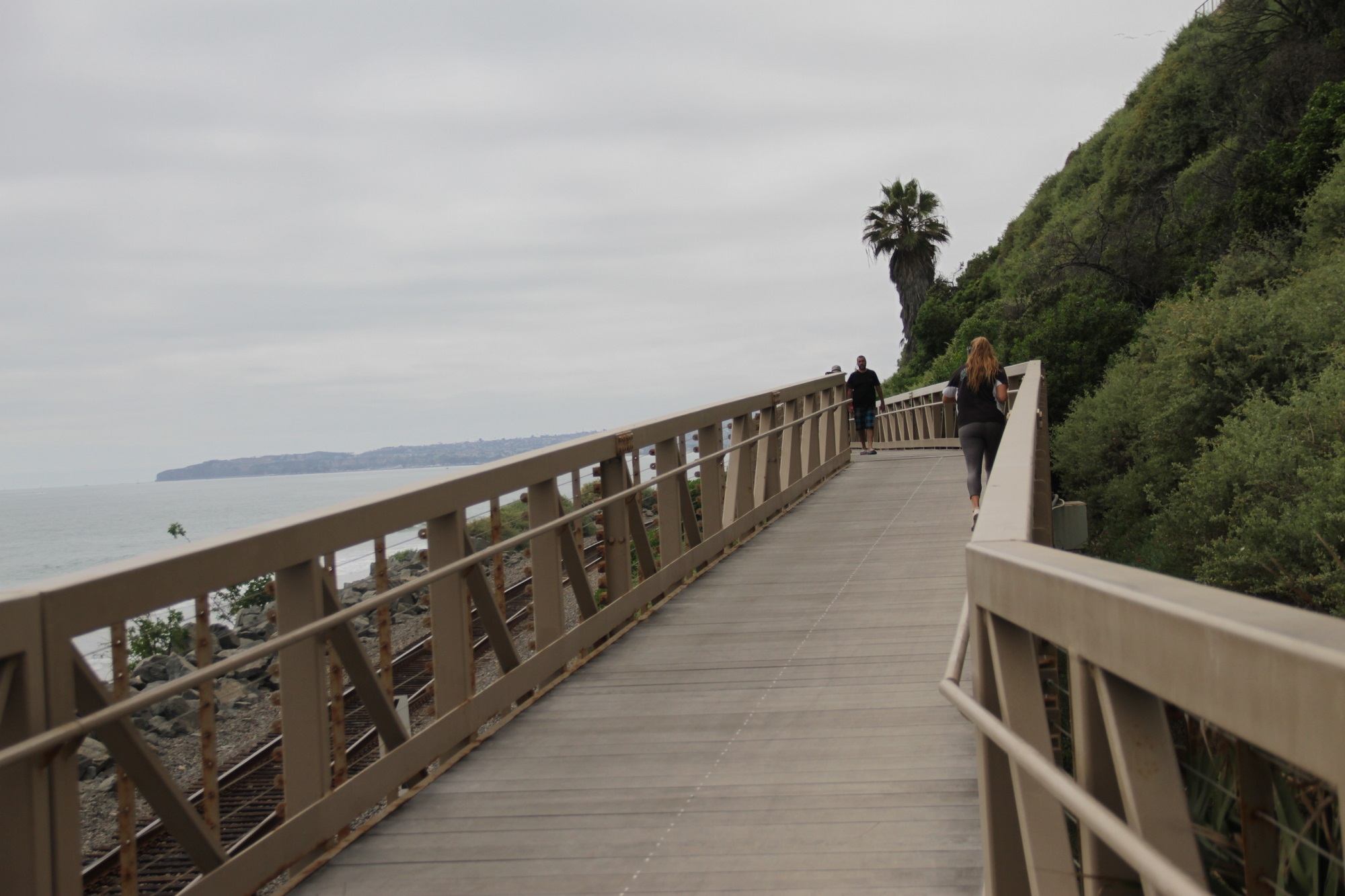 After being closed for more than a half-year, the Beach Trail Bridge at Mariposa Point reopened on Thursday, June 25, reconnecting the pathway between the San Clemente Pier and North Beach.

The boardwalk section of the Beach Trail from El Portal steps to the Mariposa access had been closed since mid-November of last year, after experiencing structural damage from a landslide that occurred.

“The City evaluated the damaged portions, cleared some landslide material, and made some temporary repairs to allow this section to be reopened while the design and permitting for a permanent replacement project is completed,” the city said in a press release on Wednesday, June 24.

City officials had previously explained that because of the damage to the structure and the cement pilings that hold up the bridge, there was a level of uncertainty in how stable it was and whether it could stand the weight from those walking the trail.

Prior to the closure, plans were already in the works to replace the entire bridge during the upcoming fiscal year. City officials had previously told San Clemente Times that there were talks of fast-tracking the project in light of the landslide, but such a move appears to have been shelved.

The city noted on Wednesday that the project to replace the damaged portion, as well as other parts of the bridge, will get underway in 2021.

According to the city’s FY 2021 budget, which the council adopted last week, $3 million has been allocated in capital improvement monies for the project.

Those using the Beach Trail, the city warned, should use caution and be on the lookout for falling rock and debris from the adjacent steep bluffs. Reports of landslides or other trail maintenance issues should be brought to the city’s attention by contacting the public works office at 949.361.8317.