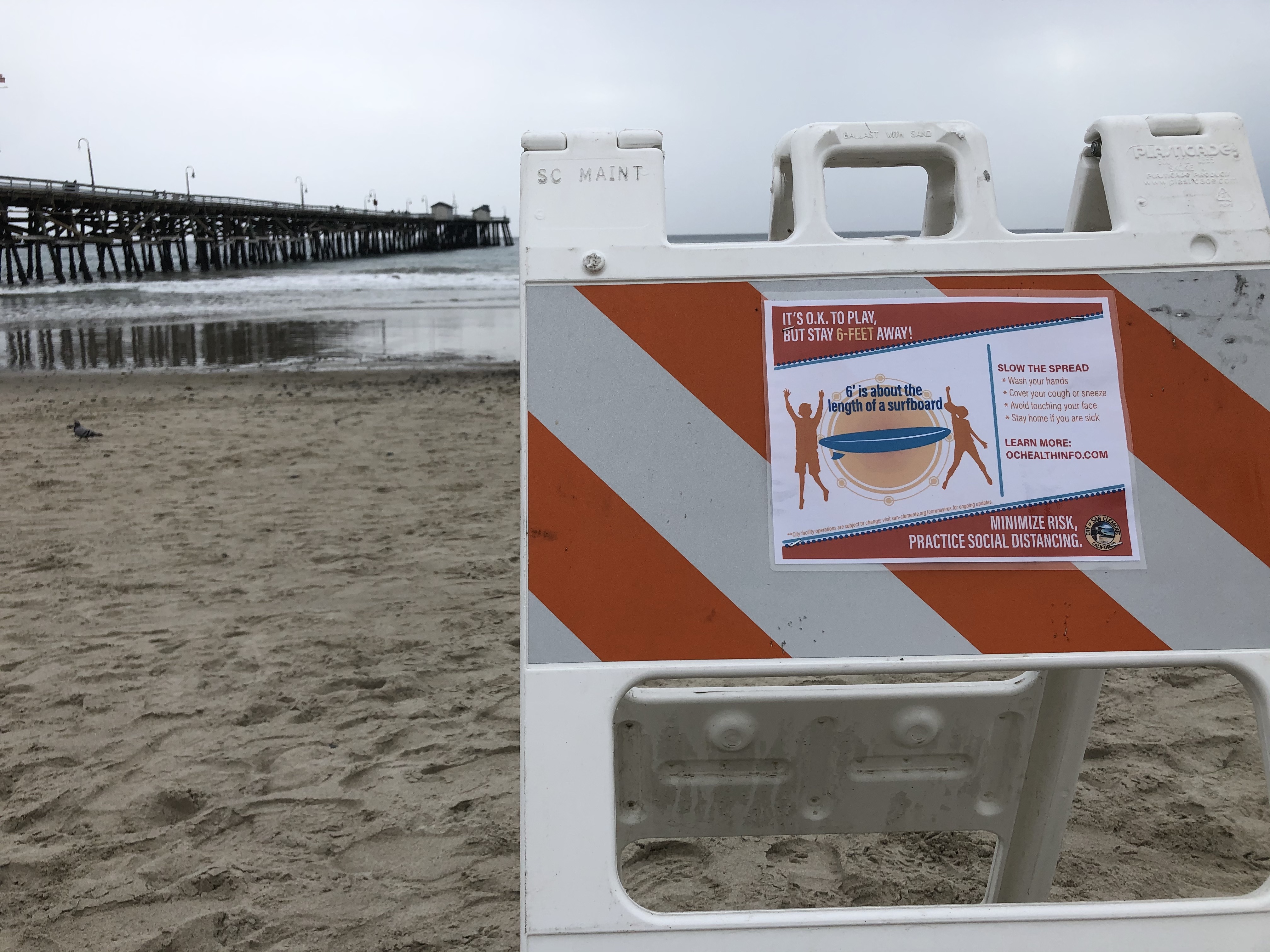 While there’s no plans in place to close public access to the city’s beaches amid growing concerns over the coronavirus outbreak in Orange County, the city has recently taken steps to prepare for such an action if the need ever arises.

The city has already blocked the entrance to the pier and closed the parking lots at North Beach, Pier Bowl and T-Street to discourage large crowds from visiting the beaches. This past week, the city also put up signs and prepared fencing meant to restrict beach access should the order ever come down to close the shores.

Those visiting the “beaches are largely compliant—so far they have been. We don’t feel the need to close those down at this time,” Mayor Dan Bane said. He added that the fencing and signage are seen as “precautionary measures” in case the city gets inundated with beachgoers.

According to Bane, when interim City Manager Robert Dunek got approval from the California Coastal Commission to close the parking lots, he also sought its approval to be able to close the beaches and trails if absolutely necessary.

The city has “taken the additional step, if necessary, to close down the beaches and trails. Although the Coastal Commission strongly advised to keep those open when possible,” Bane said.

For now, Bane said, the city has no plans of following in the footsteps of the cities of Laguna Beach and Seal Beach.

Late last month, officials Laguna Beach and Seal Beach took drastic measures to slow the spread of the virus by closing access to their respective beaches. So far, those are the only cities in the county to do so.

Bane noted that any decision to close the beaches will be at the behest of the county and state.

According to the county’s latest data on Friday, the number of coronavirus cases in Orange County has continued to rise, reaching a total of 711 reported cases and 13 deaths—up from the 316 cases and three deaths reported one week before.

Since Friday, March 27, when the county began reporting cases by the city, cases in San Clemente has sharply risen as the total grew from 10 to 35 over the one-week period.

However, Bane on Thursday, April 2, said the number of reported cases shouldn’t be that surprising as that’s been a trend seen throughout the state.

“I don’t think it should be a shock that there’s as many cases as there are,” Bane said.

“It seems like the virus has been spreading undetected for a little while now,” he said, continuing the thought. “I don’t think our numbers are really that out of line … cases are increasing and we’ve been told that’s what to expect—all the more reason to practice social distancing.”

More information on the city’s closures of public facilities can be found at its website.