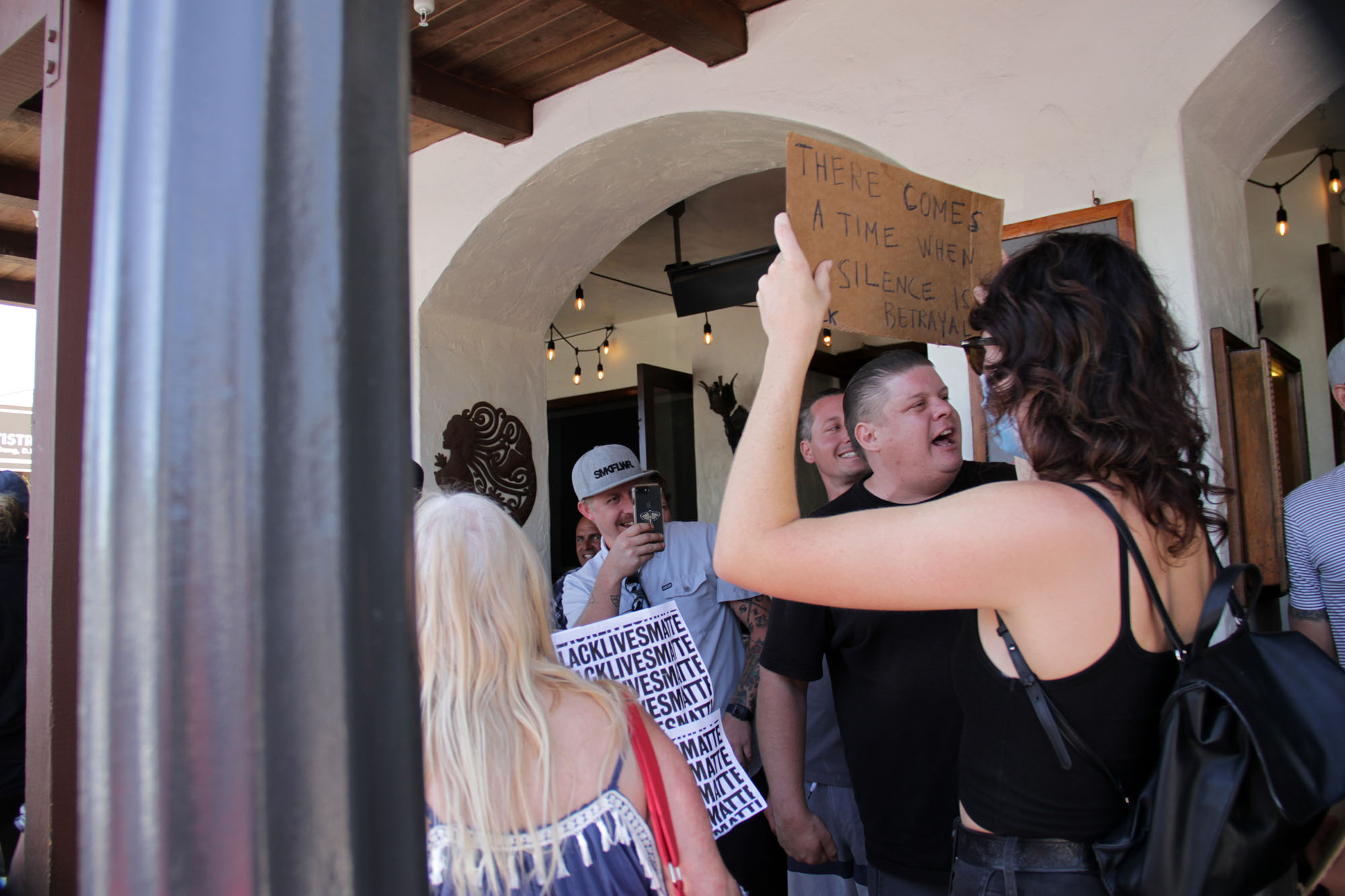 Videos taken of counterprotesters berating those marching past BeachFire in Downtown San Clemente as part of a rally against racial injustice on Sunday, May 31, have garnered considerable social media attention locally, with many criticizing the individuals.

However, Barry Pierce, the owner of BeachFire, has also taken some heat despite not having any affiliation with the group, which had been taunting marchers by yelling back “all lives matter” while giving them the finger.

“This was not a BeachFire-sponsored (incident); it was just wrong place at the wrong time,” Pierce said, stressing that the restaurant did not condone any actions or statements made by those counterprotesting.

According to Pierce, the group of individuals arrived inside the restaurant and ordered some beers, shortly before the demonstrators marched past on Avenida Del Mar.

“The beers never got to the guys before all this went down,” Pierce said. “The minute these protesters starting arriving, they jumped up and went out there . . . they never had a drink.”

Pierce said they eventually left the restaurant, taking off on their motorcycles toward the Pier Bowl, where the main part of the rally was taking place. After the group left, Pierce says he closed the restaurant.

“BeachFire did not condone any of that. It just happened so fast that I had to close the restaurant after about 10 minutes. That was about it,” he said. “I thought the situation was going to get dangerous. My staff was visibly shaken; so was my wife.”

With more than a dozen patrons inside the restaurant, Pierce said he closed the doors, and discontinued alcohol service for a short while.

“We had about 15 people in the bar, but we locked in everyone,” he said, adding: “We didn’t stop food service, because we had people dining in.”

Pierce also said the individuals did not come back.

“And I would not have allowed them to come back,” he said.

Though he’s been receiving backlash on social media from people speculating that the restaurant had condoned the counterprotest, Pierce said he’s working to stay out of the fray by not responding.

“I could spend all day on social media going back and forth . . . so I’m not going to respond to social media,” he said.