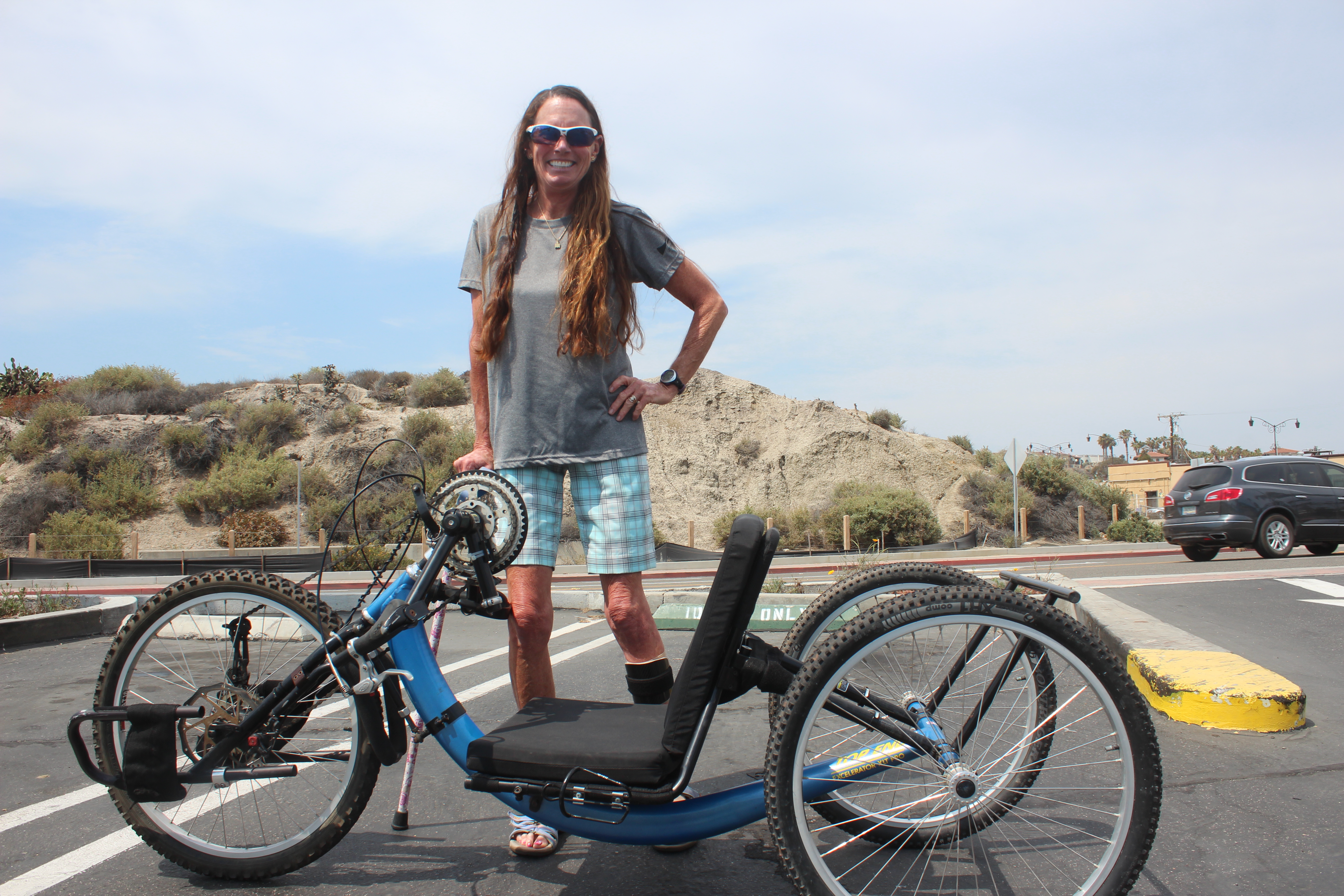 Q&A with local marathoner who is partially paralyzed

Beth Sanden thought she had it all wrapped up.

After travelling to Antarctica last year and completing a marathon on her custom hand-cycle, Sanden had accomplished what she set out to achieve several years ago. The local marathoner and coach, who is partially paralyzed, had finally completed a marathon on every continent on Earth and was eyeing a spot in the Guinness Book of World Records for completing the journey.

But bureaucracy, in particular a single Chinese race director, got in the way.

The Chinese race director, who oversaw Sanden’s completion of the Great Wall of China marathon in 2011, suddenly wanted more money in exchange for signing Sanden’s papers and validating her time for the world record, she said. Rather than go back-and-forth with the director, Sanden packed up and headed to Vietnam, where she completed the Pho Quoc International Marathon on June 11.

The race in Vietnam, and Sanden’s times on the six remaining continents, were verified and she will now go down as the first woman to complete seven marathons on seven continents on a hand-cycle, she said.

It was 14 years ago when Sanden suffered a severe injury while competing in a bicycle race. She hit loose asphalt while taking a turn at roughly 40 mph and landed on her back, severing several vertebrae, making her an incomplete paraplegic. In the aftermath, doctors told her she would never walk again.

Less than seven months after the accident Sanden, who competed in Ironman races before, was in the pool swimming 500 yards at a time. Sanden’s inner drive took over and she has completed over 60 marathons since. She now motivates and instructs other disabled athletes to follow her lead and push themselves to accomplish their goals.

Sanden is now gearing up for a run at completing what is known in the marathon world as “The Grand Slam”, which involves finishing a marathon on all seven continents plus one on the North Pole. Sanden plans to journey to the North Pole for a marathon in the spring of 2017.

The San Clemente Times spoke with Sanden, 62, days after her marathon in Vietnam to find out what keeps her motivated, how she prepares for such grueling challenges and what she has learned while on her journeys.

San Clemente Times: You just finished your quest to finish marathons on all seven continents and are already planning to take on a marathon on the North Pole. How do you stay motivated to do all of this?

I guess the motivation is I’ve seen so many people say ‘I can’t do this’, or, ‘I can’t do that’. I’m hoping to encourage them and say ‘Ya, I did seven continents’. If I can do it at 62 (years old), you can get out of that bed somehow, some way and you’re going to get through this. I’m hoping to motivate those guys.

SCT: What drew you to competing in Ironmans and marathons?

BS: Just to get outside the gym and just to get some kind of goal going instead of just working out at the gym. In sports, I’d rather have a set goal so I can achieve it and just look out ahead and see what you can do and try and do it.

SCT: I’m sure there were plenty, but is there a moment or story that really tested you while attempting to accomplish this goal?

BS: The second (international marathon), I went by myself to Tanzania and Mount Kilimanjaro and stayed on a coffee bean farm of an ultra-marathon runner. I got food poisoning and that was the night before the race and it was 90 degrees outside. I’m all by myself in Africa and I’m sick as a dog and I don’t have any antibiotics and there was nothing I could do.

I did the marathon but it was like four hours and 53 minutes and it was grueling because it was hot and if I saw a Coca Cola or Pepsi at one of the stops, I would grab one and keep going. It was a dogfight all the way. I was depleted and those were the only things I could think of, salt and Coca Cola. I survived and made it.

SCT: What do you learn about yourself in those moments?

BS: My moments are ‘I love Jesus’ and if I just draw on him, I can get through anything. I got through three and a half months in a rehab hospital, them telling me I’d never walk again. So that’s what I go back to. I went through this, but I went through it for a purpose and the idea is ‘You can go through anything because (God) will be by your side’. So I trust him.