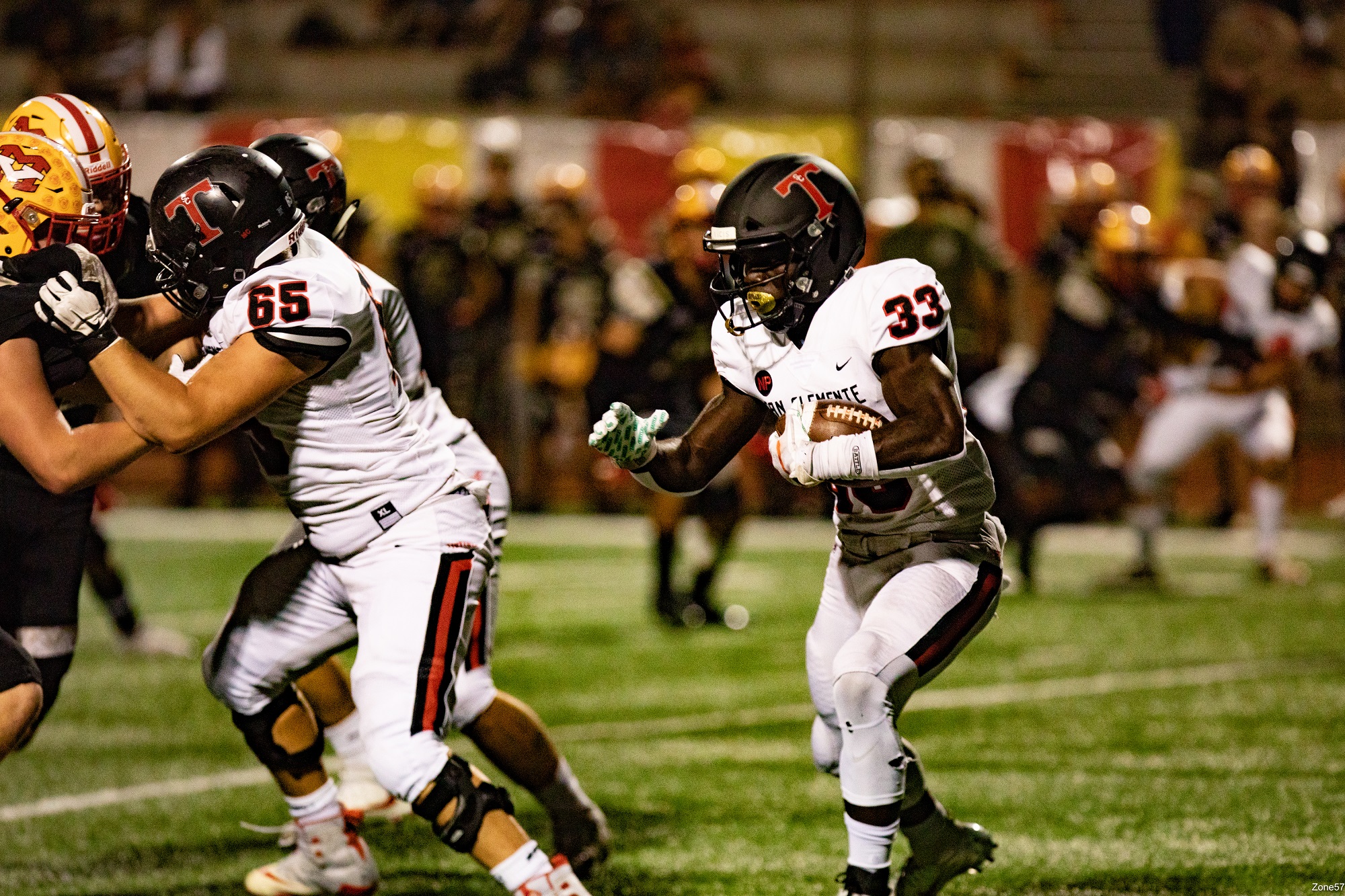 The San Clemente football team is enjoying a well-earned bye week for the final week of the regular season. The Tritons will wait and watch the rest of the playoff puzzle pieces to fall into place for the CIF-SS playoff brackets, which will be released on Sunday, Nov. 3.

Barring any final-week chaos, San Clemente, still ranked No. 10 in the CIF-SS Division 1 and 2 poll, will end up in Division 2 and could earn a high seed and a first-round home game.

“Wherever they put us, we’ll be ready to play,” San Clemente coach Jaime Ortiz said. “We’re 8-2, we’re a good football team, and I think we’ve got a lot of games left in us.”

However, the Diablos were out for revenge—San Clemente’s 21-20 upset win last year was its first against Mission Viejo since 1999 and dethroned the Diablos as league champions—and quickly made it clear that there would be no repeat by the Tritons.

“We had to play really well, and we didn’t play really well in the very beginning of the game,” Ortiz said. “Next thing you know, it’s 21-0. I liked the way our kids battled back, 21-6 at halftime. Too many turnovers on offense, some mistakes on defense; they (Mission Viejo) were the better team tonight.”

San Clemente ends its regular season at 8-2 overall and 3-1 in the South Coast League. Mission Viejo (9-0, 3-0) will host Tesoro on Friday, Nov. 1. The Diablos will be favored to beat the Titans and clinch the outright league championship.