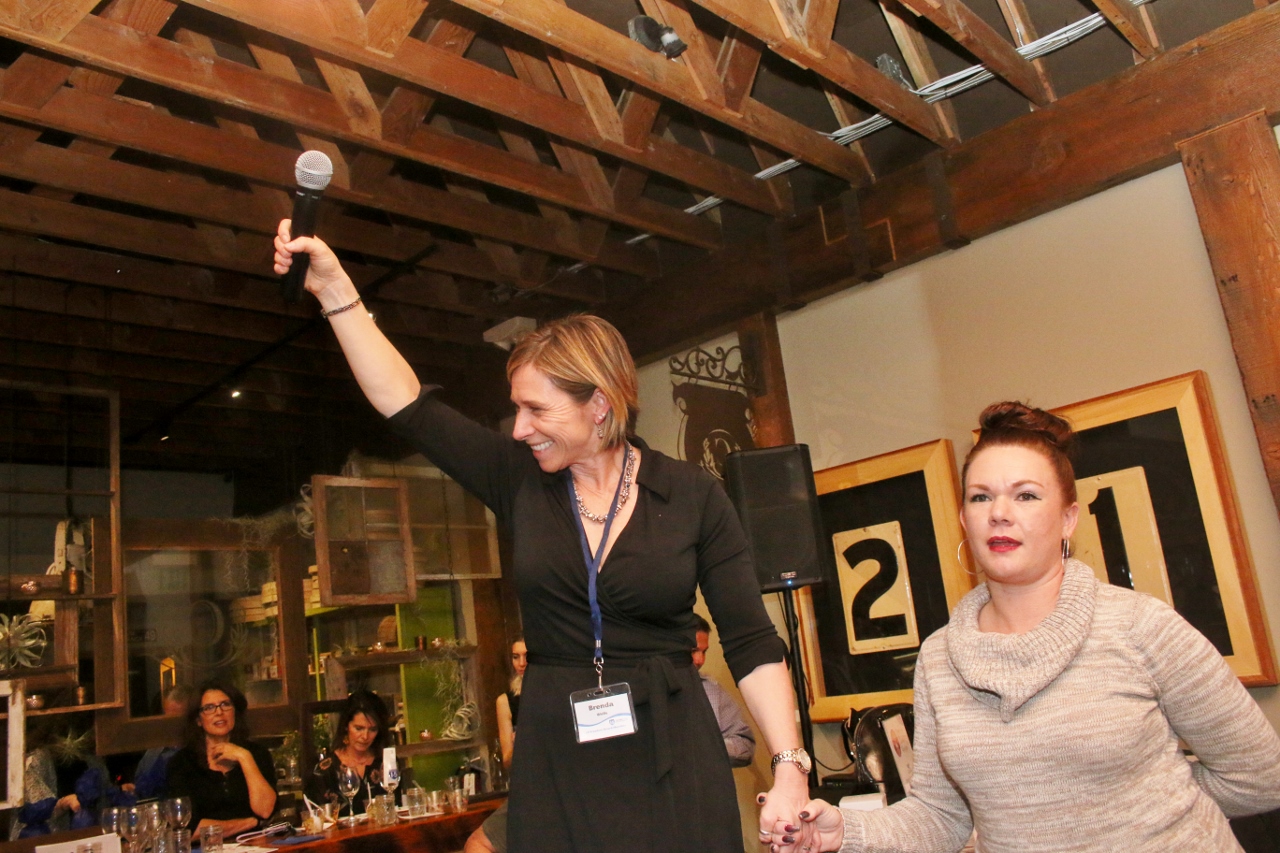 For its second consecutive year, the i-5 Freedom Network hosted its Be a Big Cheese event, which raises funds for the organization’s classes on combating human trafficking.

More than 120 people registered for the event, which was hosted at The Cellar, and auction items were sold for as much as $2,500 each—the event raised a total of $15,000.

Human trafficking has been detected frequently along Interstate 5 in Orange County and many other parts of California, as it provides traffickers with a wide berth of transportation.

Brenda Wells, left, the founder and executive director of the i-5 Freedom Network, holds the hand of Jaimee January, a survivor support specialist, while celebrating at the conclusion of Be a Big Cheese on Monday, Jan. 29 at The Cellar in San Clemente. Photo: Eric Heinz

An auction to raise funds for the i-5 Freedom Network's classes to help combat human trafficking took place Jan. 29 at The Cellar in San Clemente. Photo: Eric Heinz

Brenda Wells speaks to the audience at the Be a Big Cheese event on Jan. 29 at The Cellar in San Clemente. Photo: Eric Heinz

“Probably our biggest accomplishment in the last year is how we expanded our audience,” Brenda Wells, the executive director of i-5 Freedom Network, said. “We started in hospitality, but we found that a lot of other audiences were interested in this; we’ve done (training to identify human trafficking) with law enforcement, women’s groups, the Outlets. I think more and more people are learning about it.”

Wells said by putting more momentum behind awareness of human trafficking, more people are becoming motivated to get involved. She said the next planned event is the Walk for Freedom in July. Wells said they’re also trying to get more legislation passed at the state level related to the prevention of human trafficking. She said i-5 Freedom Network had a few bills introduced that didn’t pass in the last session.

Wells said the organization is going to start working with the Transportation Security Administration (TSA) in the near future to help train newcomers on detecting possible human trafficking operations. For more information, visit www.i5freedomorg.publishpath.com.