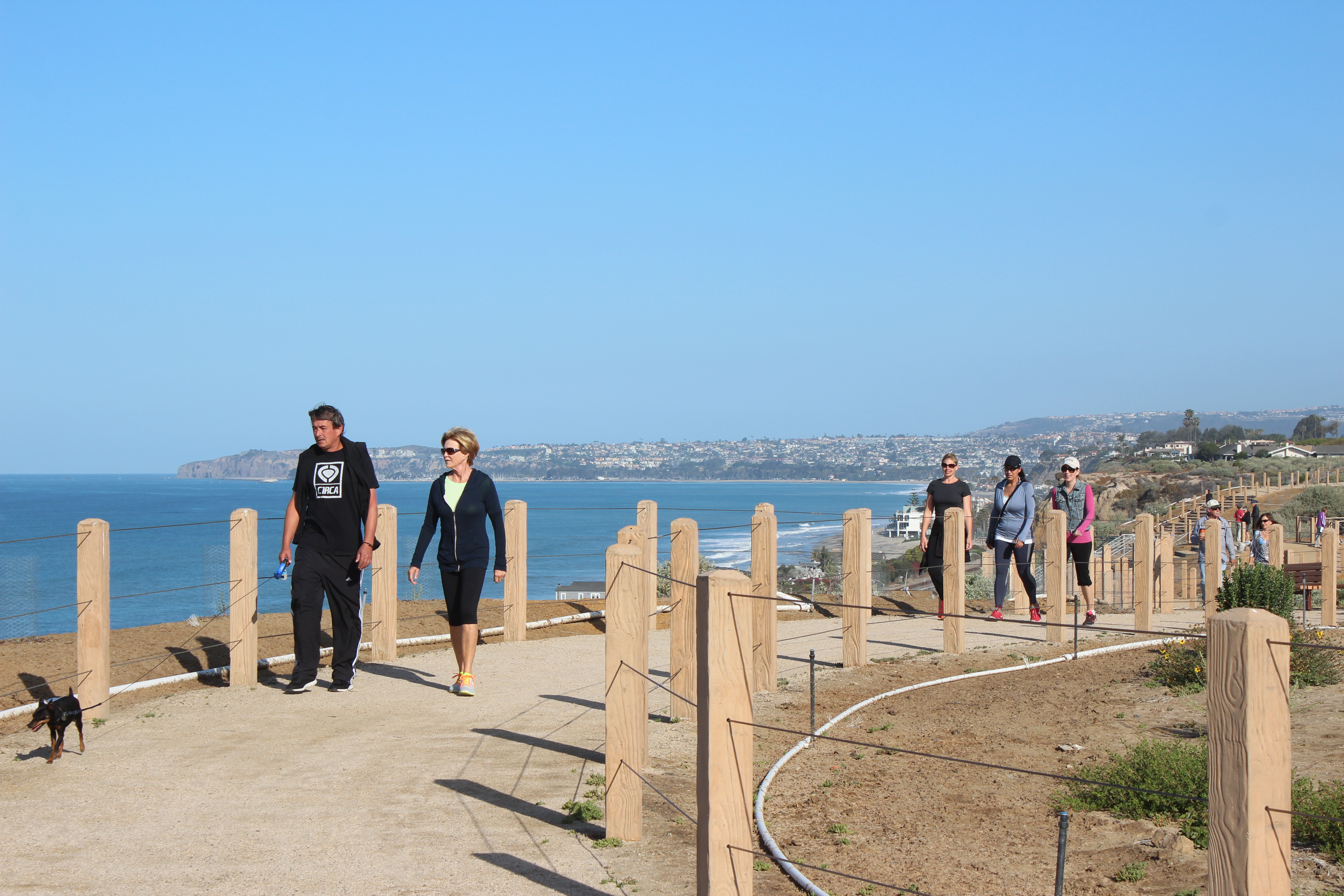 A couple dozen San Clemente residents got an up close look at the city’s newest recreational amenities Sunday, as city officials provided an official grand opening for the city’s new trail system at Marblehead, a part of the Sea Summit residential development.

The four-mile system was officially opened by Mayor Chris Hamm almost a year to the day that Taylor Morrison purchased the residential development from Lehman Brothers. As part of that development, the developer was bound to complete infrastructure projects, including West Avenida Vista Hermosa through to Avenida Pico (which opened Saturday afternoon), the trail system and five parks, some of which had been started by Lehman.

“It’s not every day we get to open up an amenity like this for the community,” Hamm said before cutting the ribbon. “A lot of people think this is going to be a private trail system, something for the (development) community. It’s for everyone, for all of San Clemente. At the end of the day, it’s all of us who got this trail system.”

In addition to the trails, more than 100 acres of open space was preserved as a natural conservancy.

Assistant City Engineer Tom Bonigut has helped manage the process on the city side.

“People were really excited to see it happen,” Bonigut said. “Some folks had already gotten sneak peaks and thought it was a very cool thing to have. The message was, ‘What a great amenity to have in San Clemente.’”

The trails are not yet completely finished. Work is still going on to add signage, including way-finding and “interpretive” signage scattered throughout the trails that would provide information on, for example, the wetland habitat being created as a storm water collection basin as well as information about the canyon habitat and endangered species that make it their home. Bonigut said these should be in place by the end of the month.

Park planner Aeryn Donnelly said it was great getting to see people enjoying the system, saying she’s already heard the areas described as “beautiful,” with particular emphasis on the open space at the site.

“For the most part, I’ve gotten a lot of very good feedback on it, that people can be out there and it’s legal,” Donnelly said.

However, there is still building activity there.

“We’re getting ready to start construction on the first two of the five parks,” Donnelly said. “Its safety first. We want to keep people as much out of the construction as possible while allowing them to be able to enjoy the views and have access to the coast from Vista Hermosa as much as possible.”

The first two parks to be constructed will be Vista del Sol (formerly Sunset Park) and Canyon View Park, which will go up at approximately the same time, Donnelly said. After that, Pico Park and Ocean View Park, accessible to the public but managed by the Sea Summit Homeowner’s Association, will be constructed, with the Jim Johnson Memorial Sports Park opening at the start of 2016.

The first two parks, with Pico Park to follow shortly thereafter, are expected to be completed by the time Taylor Morrison opens the first of its model homes, likely in July or August. Ocean View may also be completed around that time, but will have fewer amenities than the other parks, primarily serving as green space.