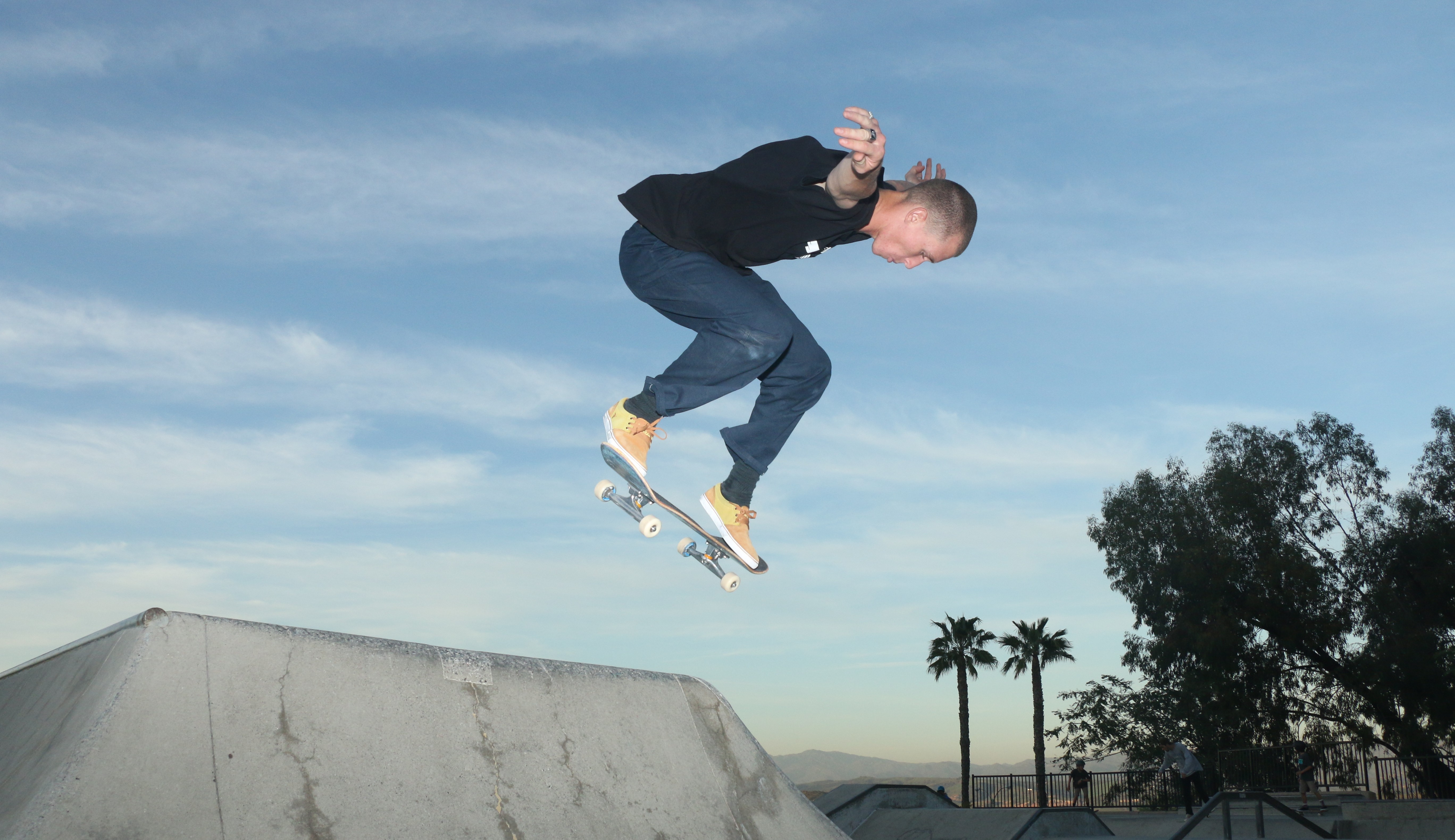 Dozens of skateboarders rolled through the Ralphs Skate Court in San Clemente on Monday evening as the last few rays of sunlight escaped beneath the horizon.

Even with minimal light, the park was considerably packed with young extreme sports enthusiasts.

“This is actually pretty mellow (low volume) for this time of the day,” said Danny Craig, a member of the San Clemente Skateboard Coalition. “It can get dangerous for the little guys.”

The coalition hopes to give the children of San Clemente a larger area in which to practice skateboarding as well as more time to do so. There are no overhead lights in the park and it is frequently overcrowded, the SCSC members said.

The group members estimate between $100,000 and $200,000 will be needed just to put lights up at the park, and that doesn’t include the utility bills. The group also wants to expand the park to a city-owned empty lot adjacent to the existing park. But finalizing that dream would be up to the City Council.

“We’re definitely seeking out funding but we’re not quite at that point yet,” Stephanie Aguilar, another SCSC member, said. “We’re more just in the planning stages, and the funding will come later.”

For now, SCSC has been lobbying to the interests of the Beaches, Parks and Recreation Department, as the Master Plan requests for proposal were released to bidders on Tuesday. The plan will accept community input during the process.

“This would give the kids a safe place to go,” Aguilar said. “Right now, when it gets dark you can see the baseball fields are lit but the skateboarders only have a limited amount of time before it gets dark. They end up around the city just skating and getting into trouble because you can’t skate in areas that aren’t designated for it.”

The members of SCSC, all of whom are parents, say they have to take their kids to Laguna Niguel or Lake Forest, which have lit skate parks, during the winter when the days are shorter.

“But we would much rather stay in town and spend the money here,” said SCSC member Melissa Cifarelli.

James Rurup said he drives at least two or three times a week outside San Clemente for his children to skateboard, sometimes to Huntington Beach. Rurup said the skateboarders per capita in San Clemente outweigh neighboring towns, but Ralphs is the only park within the city.

Aguilar said skateboarding has really helped her 5-year-old son, Bodhi, come out of his shell. She said the sport made him more motivated to try different things.

Other parents said their children had similar experiences.

To find out more about SCSC, email scskateparkcoalition@gmail.com or visit their Instagram at @sc_skatepark_coalition.