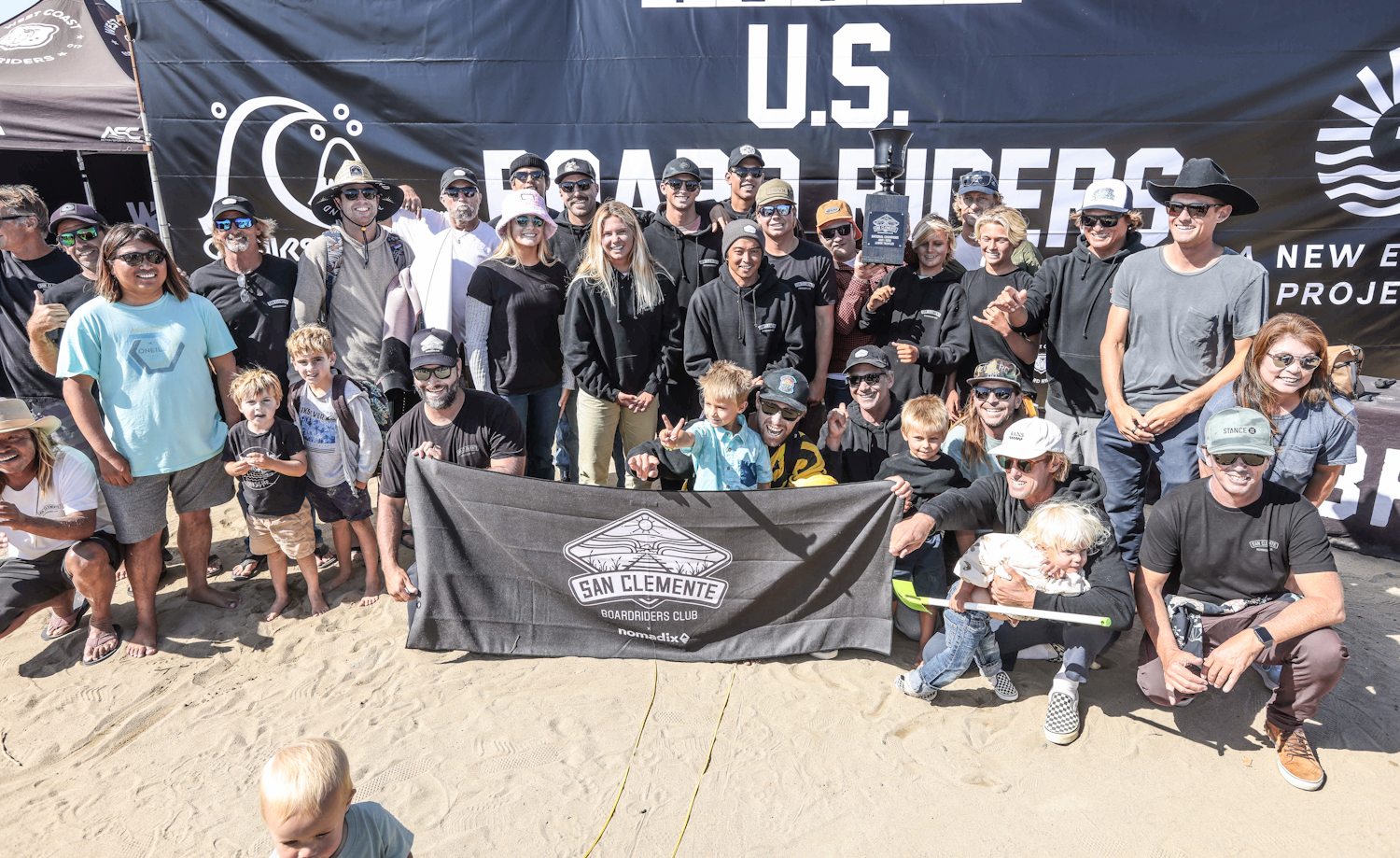 Board Riders Season Is Back

San Clemente to host Dana Point, Laguna and Newport at first West Coast Board Riders event of the season

The 2022 West Coast Board Riders’ season kicks off this Saturday, Nov. 5, at Church at San Onofre, where the San Clemente Board Riders will host the event and start their national title defense after winning the U.S. Board Riders National Championship last season.

The event, which will have the reigning champs facing rival clubs from Dana Point, Laguna Beach and Newport Beach, will feature generations of local icons who will be battling it out for points and plenty of bragging rights.

“We can’t wait to see all our friends again,” says club president Benji Severson. “These contests are such an amazing gathering for the surf community. They’re the best thing going right now.”

Board Riders events are built around a team format, with everyone from the groms to the old salts contributing to the cause. In the case of San Clemente, several of their top surfers will be out of town at a World Surf League contest in Brazil, but that doesn’t mean the squad is lacking in talent.

Of course, Dana Point, Laguna and Newport all have legends and ringers of their own. They’ve all reportedly been running practice contests, training to take out San Clemente.

The Dana Point Surf Club, headed by former Championship Tour surfer Pat O’Connell and the cosmically minded Eric Diamond, always come ready to surf—and nothing would make them happier than taking a win off their star-studded neighbors.

The rivalries are real, and that’s what makes these contests so fun.

As far as conditions, Saturday looks as if it should see some fun-sized surf. Surfline is calling for a bit of southwest swell mixed up with northwest swell to produce 2- to 3-foot surf.

Winds should cooperate during the morning, but there is a big high tide then, which will slow things down for a while. All told, it should be a good day of surfing at the picturesque pointbreak.

Looking a little further out, the San Clemente Board Riders have been invited to participate in the Usher Cup in Australia this coming January. The Cup will feature club teams from around Australia, as well as New Zealand, Japan, France and Indonesia. From the U.S., clubs from Maui, Huntington Beach and San Clemente have been invited.

“Australia is the birthplace for the surf club, and it’s so ingrained in the surf culture there. We’re honored to be invited and be able to represent San Clemente and the whole West Coast Board Riders movement,” Severson says. “It’s going to be an amazing experience, and I’m sure we’re going to learn so much.”

Not just another surf contest, one of the objectives of the Usher Cup is to raise $100,000 for a host of charities. Funds will go to people in need on Australia’s Gold Coast, as well as the Animal Welfare League Queensland and the Currumbin Wildlife Hospital.

The San Clemente Board Riders are looking for support to offset some of the costs of the trip and will host a fundraiser at San Clemente’s Puttin’ on the Glitz on Dec. 3. For the latest, follow them on Instagram @scboardridersclub.

Later this year, the U.S. Board Riders National Championships will once again return to Lower Trestles, but that’s a story for another day. Whether you call San Clemente or Dana Point home, head down to Church this weekend and cheer on your local squad.