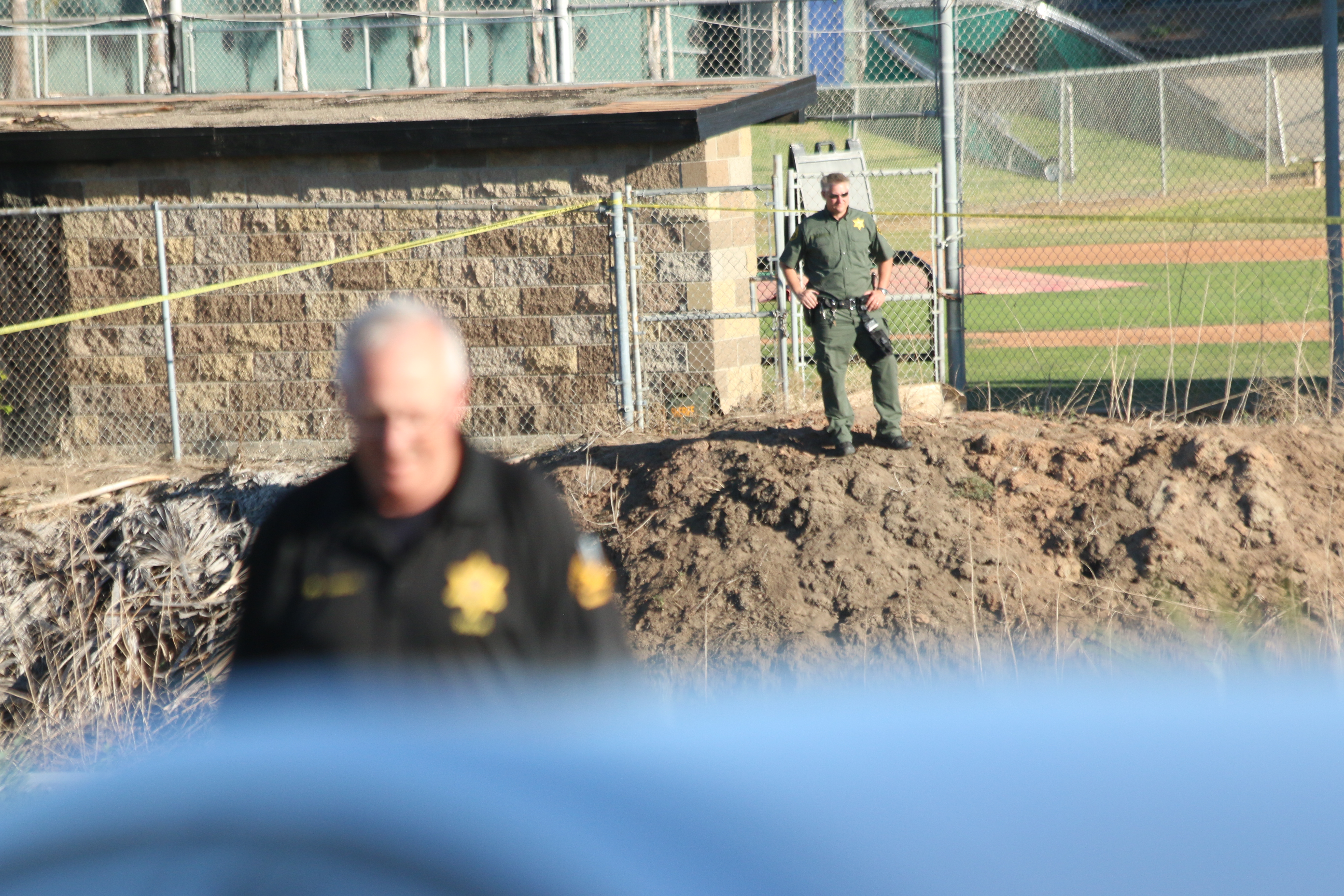 Update, 11:10 a.m., Nov. 15: At 11 a.m. on Sunday, Nov. 15, Orange County Sheriff’s Department officials confirmed the man found dead on Saturday, Nov. 14 in a drainage channel near the baseball fields at San Clemente High School is Nick Stevens, 22, who had been reported missing in San Clemente since Nov. 6.

The family of the deceased has been notified, said Carrie Braun, public affairs manager for OCSD.

The cause of death is yet to be determined.

No foul play is suspected at this time, and an autopsy will be conducted by Orange County Coroner’s Office on Monday. A press release sent by OCSD yesterday said it is being investigated as a “suspicious” death.

Stevens had been working in San Clemente for the last two months at C2 Collaborative. He had recently graduated from West Virginia University.

The body of a man yet to be identified was found by Orange County Sheriff’s Department around noon on Saturday, Nov. 14 in a drainage channel between the San Clemente High School baseball fields and the McDonald’s off the 600 block of Avenida Pico.
The body was found by a K-9 Search and Rescue team canvassing the area since Monday, Nov. 9 in search of Nick Stevens, 22, who had been reported missing since Nov. 6. Sheriff’s deputies said they are not speculating whether the body is that of the missing person, and additional details have not yet been released.
OCSD officials also said they could not provide any information as to age or other identifying factors at this time.
“Because of the condition of the body, we’re unable to tell quite a few factors, so we really won’t be able to (report) anything until the Coroner’s Office is able to examine the body,” said Carrie Braun, public affairs manager for OCSD, adding it could be Monday before a determination is made. “They canvassed the west side of the Interstate 5 freeway because that was where the missing person was said to be last seen, and when they couldn’t find anything they moved over to the east side of the freeway.”
Homicide investigators have also been dispatched to the area to assess the incident.

“Any time a dead body is found in Orange County, the homicide investigation team responds, just in case we end up with a situation like this,” Braun said. “Since Monday, the detectives have been working tirelessly to get any information as possible on the missing person, such as surveillance video from surrounding businesses, any information they could find.”

Braun said nothing had been found regarding the missing person since he was last seen. OCSD Airship Duke had been canvassing the area as well, but she said it would be very hard for the helicopter to see a body from that angle.
As of 3:30 p.m. Saturday, OCSD Search and Rescue officials were in the area trying to retrieve the body.
Editor’s Note: This is a developing story. More information will be released once it becomes available. Stay tuned.