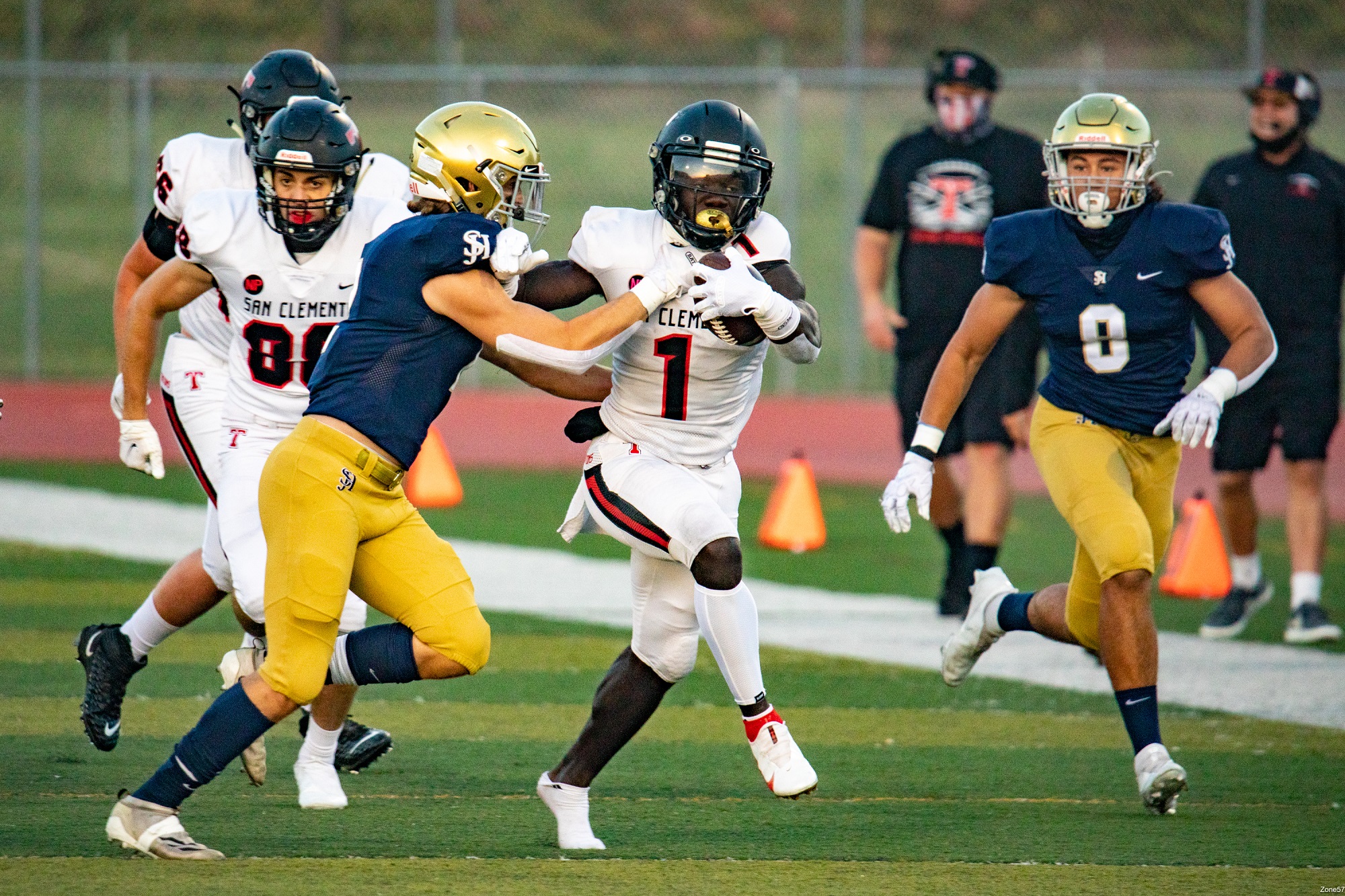 At an Orange County public school football media day before the start of this twice-delayed football season, San Clemente senior running back James Bohls said he was dedicating the season to the Tritons’ late running backs coach Joe Wood.

Wood died in February after a battle with COVID-19 and just days before California gave the green light for its high school football teams to return to competition. Wood was a hero to the Arizona-bound running back, Bohls said at media day.

Bohls has been arguably San Clemente’s most impactful player through three games, and the senior turned in his most inspired performance yet on Friday, April 2.

Bohls ran for a career-high 177 yards and tied career highs with three touchdowns and 16 carries as the Tritons dominated both sides of the ball to defeat San Juan Hills, 35-7, in both teams’ South Coast League opener in San Juan Capistrano.

San Clemente’s defensive front was stout throughout the night with a star performance from junior Kanious Vaughn, who picked up 3 ½ of San Clemente’s six sacks.

Whitsett scored on a 14-yard run in the third quarter, and San Clemente was in control, 28-0.

San Juan Hills showed life in the fourth quarter with a 13-play drive for a touchdown pass and a recovery of the ensuing onside kick. However, Vaughn came up with a sack on fourth down to give San Clemente the ball back, and Bohls iced the game by getting loose on a 45-yard TD run.

San Clemente next plays at Tesoro on Friday, April 9, before hosting Mission Viejo in the season finale on April 16. Tesoro is 2-1, with wins over Aliso Niguel and Trabuco Hills before a league-opening loss to Mission Viejo, 44-13.