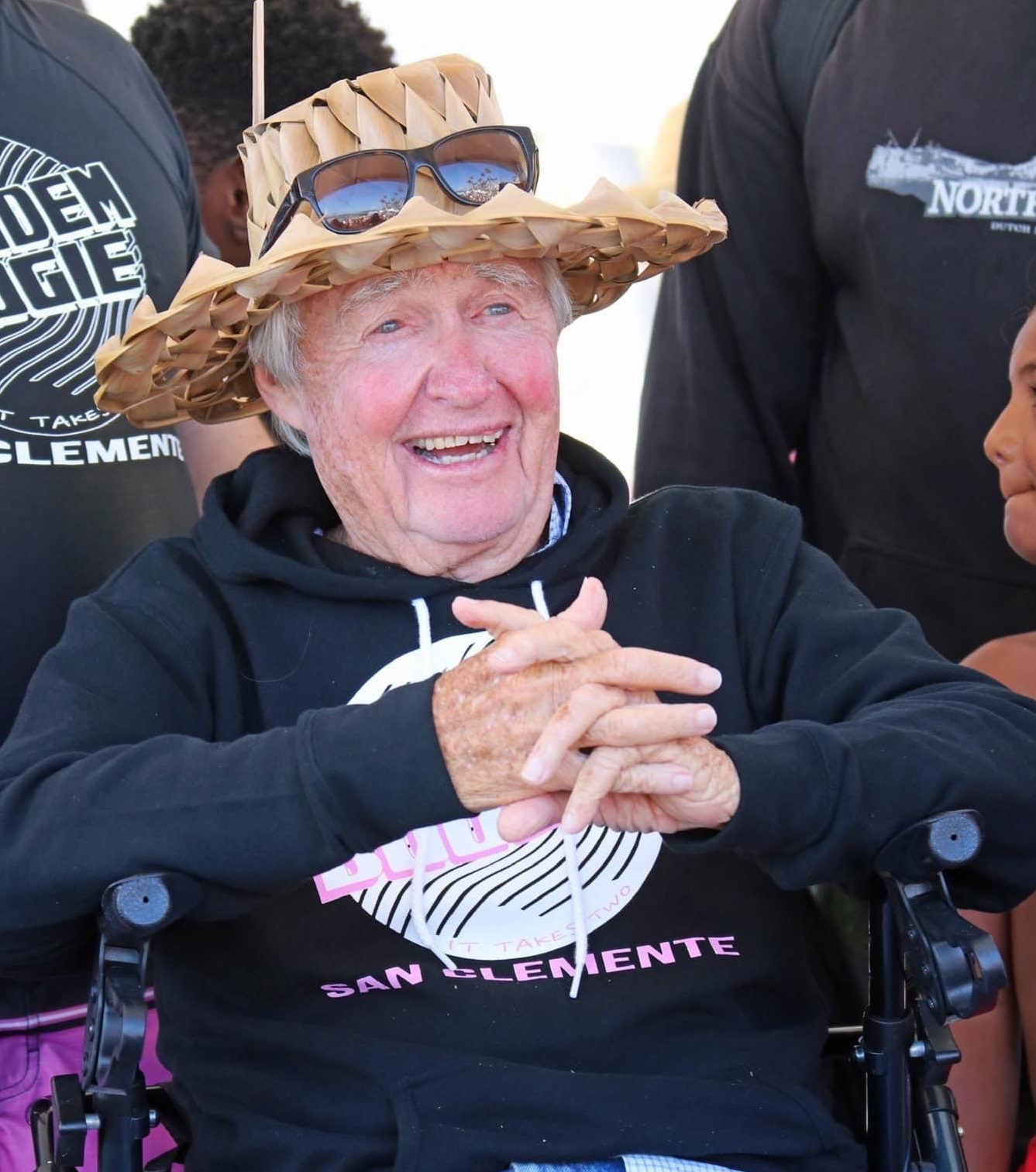 Tom Morey, a lifelong surfer, musician and inventor of the Boogie Board, died at the age of 86 on Thursday, Oct. 14.

A Dana Point resident and fixture in the surf community, Morey’s creativity and passion for pushing the art of wave-riding forward have had an impact on the lives of many surfers.

Born in Detroit on Aug. 15, 1935, Morey’s family moved to Laguna Beach when he was 8 years old. Within a year, he was riding waves on a surf mat and borrowed surfboard.

By the 1950s, Morey was riding for Velzy and Jacobs Surfboards, and starting to dabble in the construction and design of boards. In 1964, he developed the first-ever commercial interchangeable fin system. And by 1966, Morey was serving as president to the United States Surfing Association.

His major breakthrough came in 1971, when he invented what would come to be known as the Boogie Board. The user-friendly foam board took off and is now ubiquitous at beaches around the globe.

Morey continued to develop concepts for new wave-riding craft, as well as for wave pools, throughout his life. His impact and the change he ushered into beach culture cannot be understated.

San Clemente Times, in collaboration with C&H Media, interviewed Morey at Ocean Fest 2019 along with his family.