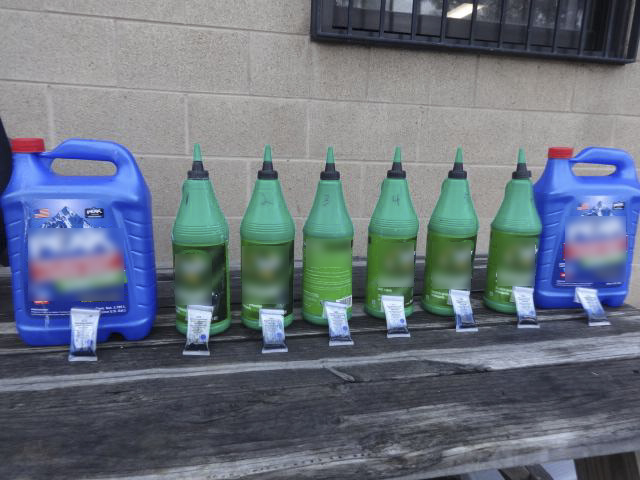 The man, who was determined to be a Mexican national, allegedly disguised the liquid methamphetamine in plastic containers in his car, according to the CBP.

At around 10:20 a.m. on Dec. 11, agents initiated a vehicle stop of a Nissan sedan traveling northbound on the Interstate-5 Freeway, according to the CBP. After the vehicle stopped, agents questioned the driver, who had a valid B1/B2 Visitor Visa.

With the man’s permission, the agents searched the vehicle, noticing several suspicious-looking transmission fluid and coolant containers in the trunk of the car, CBP reported. The contents of the containers were tested and later determined to contain liquid methamphetamine.

Both the man and the meth were turned over to the Drug Enforcement Administration, CBP reported. U.S. Border Patrol seized the vehicle.