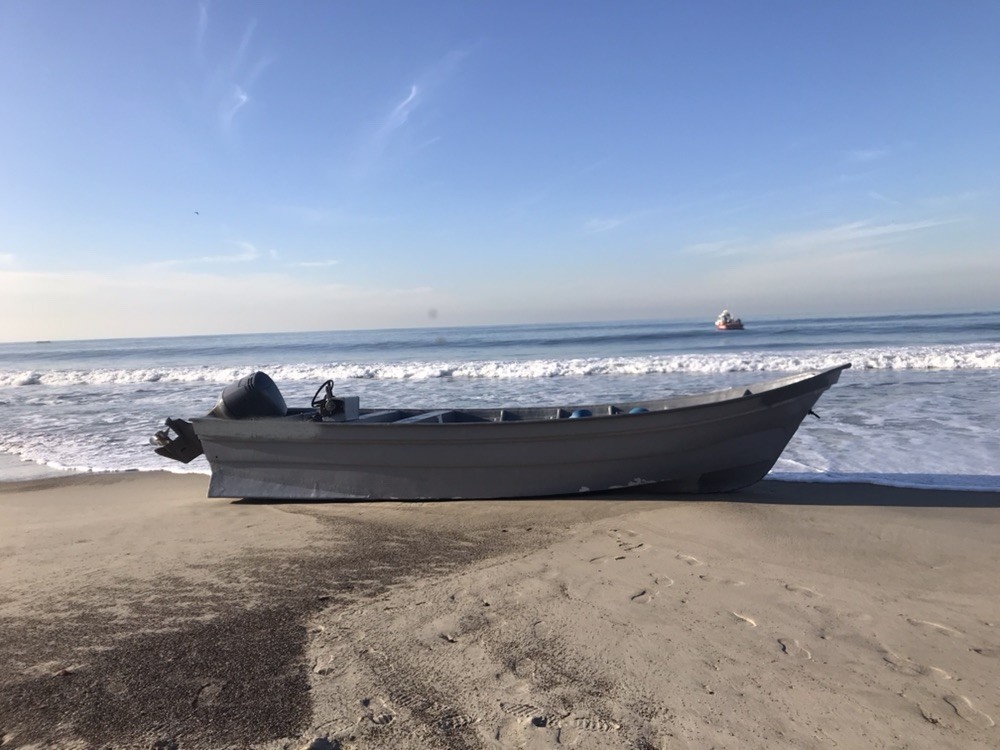 Border Patrol agents on Monday, Dec. 3, arrested 13 people suspected of entering the U.S. illegally by sea near the San Clemente Pier, the Department of Homeland Security announced on Tuesday, Dec. 3.

Shortly after midnight on Monday, the U.S. Customs and Border Protection’s Air and Marine Operations detected a vessel, or panga, roughly 13 miles west of San Clemente, near Trestles Beach, according to a press release from Homeland Security.

The U.S. Coast Guard was notified and used a rigid-hull inflatable boat to intercept the vessel. The panga, at around 12:52 a.m., “failed to yield, and moments later the panga beached itself near the T-Street Beach, just south of the San Clemente Pier,” DHS reported.

Border Patrol agents previously had intercepted a boat carrying 21 people believed to be entering the U.S. illegally near Point Loma in San Diego on Sunday, Dec. 1, the release stated. Those 21 individuals, all between the ages of 19 and 59, are in U.S. Border Patrol custody.

Agents have identified four of the individuals to be the suspected smugglers, two of whom are U.S. citizens—a 39-year-old man and a 21-year-old woman. The other two are Mexican nationals, according to DHS.

The 17 others aboard the boat were comprised of five women and 12 men, all Mexican nationals “who admitted to being illegally present in the U.S.,” the press release stated.

“The collaboration and effectiveness of our maritime partnerships is well illustrated by these two smuggling incidents,” San Diego Sector Chief Patrol Agent Douglas Harrison said in the release. “Additionally, with inclement weather conditions and approaching storms, smuggling in the maritime domain will increase the dangers at sea and on the shoreline. . . . As I have said before, it is not worth putting your life into the hands of exploitive and indifferent smugglers.”

Those with any information about maritime smuggling or suspicious activity along the coast of California should call 911.