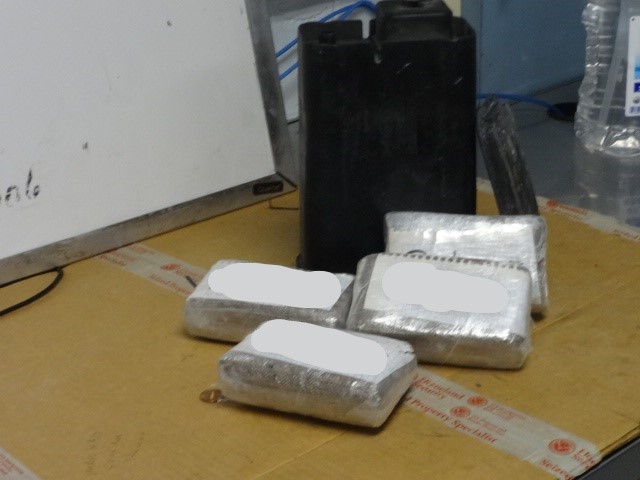 Border Patrol agents arrested a 19-year-old man on suspicion of drug trafficking on Tuesday, Oct. 22, in San Clemente, where he was reportedly found in possession of several pounds of heroin, according to the U.S. Border Patrol.

The man, a U.S. citizen, had been pulled over for allegedly driving erratically on Interstate 5, near Camino de Estrella. Agents patrolling the I-5 freeway observed the man, who was driving a 1997 Chevrolet pickup truck, weaving in and out of the lanes, according to the Border Patrol.

As the truck was exiting the freeway, the agents followed the man to a gas station, where they conducted a safety check. The driver’s behavior made the agents suspicious, so they requested a K-9 team to respond, according to the Border Patrol.

During the K-9’s sweep of the truck, it alerted the agents to the truck’s engine compartment, prompting the agents to initiate a search. Inside the truck’s air intake box, the agents found four packages of brown heroin, according to the Border Patrol.

The Border Patrol estimates the street value of the bundles of heroin to be around $127,200.