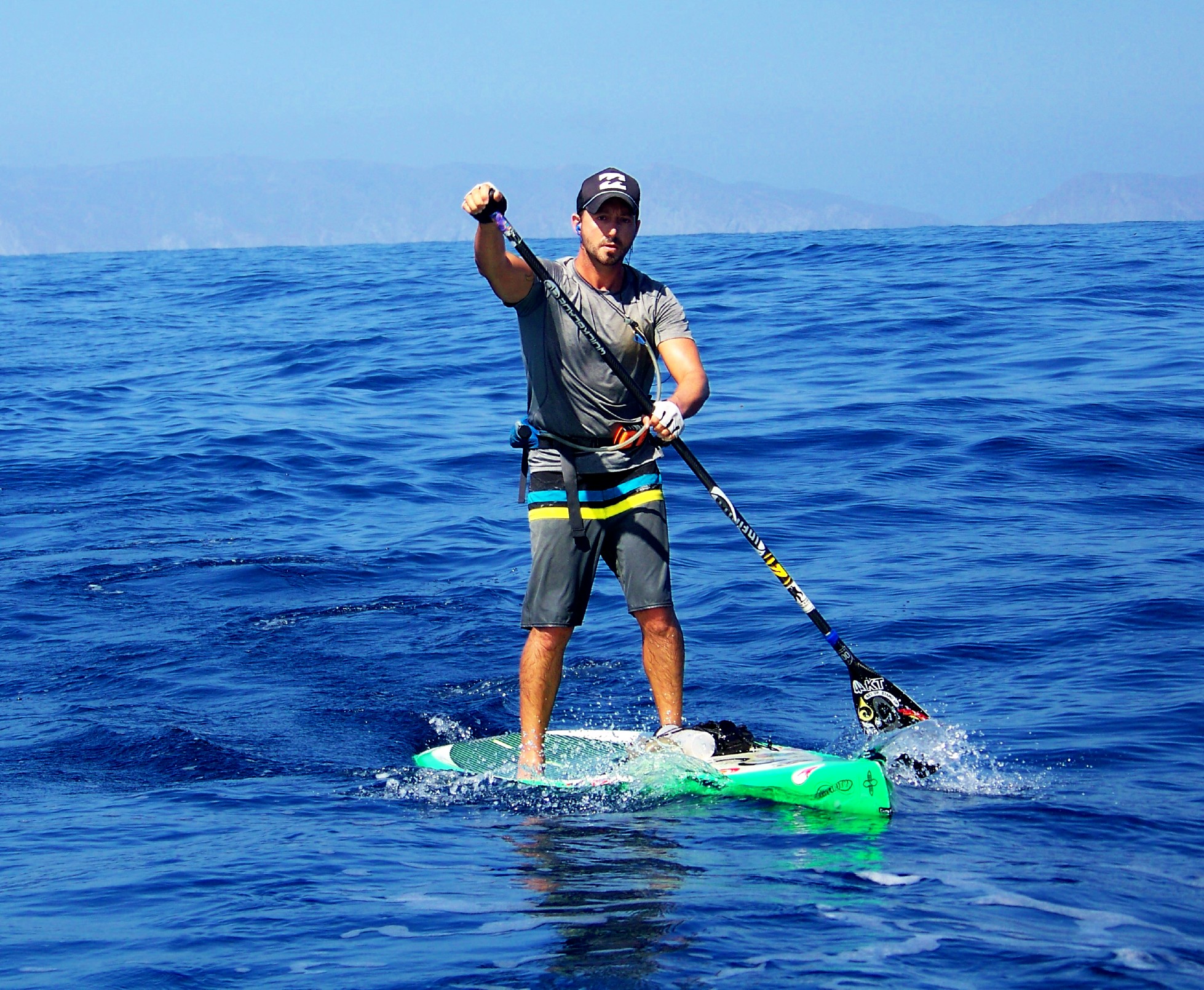 Will Schmidt stand-up paddles from Canada to Mexico

Five years ago, Laguna Niguel resident Will Schmidt considered taking his own life.

After a long battle with depression and anxiety, his struggle reached the point where he decided suicide might be the only way to end his misery.

While pensively standing in his bedroom, the former U.S. Marine got an unexpected call from his mother. She told him she “sensed something was wrong.” She feared he wouldn’t make it through the day and advised him to go out paddling on the water because it had always made him happy in the past.

That marked the beginning of Schmidt’s remarkable journey.

Shortly afterward, in 2012, he began stand-up paddleboarding long distances in order to raise money for the Wounded Warriors Project, an organization that assists combat veterans suffering from injuries and mental illnesses.

“I knew there was something more to what I was doing,” Schmidt said. “Around that time, my friend came back from serving in Iraq and committed suicide. He left behind a wife and two daughters. I knew I needed to spread awareness about vets with depression.”

On the first of Schmidt’s long distance solo treks, he paddled from Dana Point Harbor to Catalina Island. Next, he paddled across all of the Channel Islands, landing on each of the eight islands in the process.

And in his latest feat, Schmidt traveled 1,386 miles unassisted from the Canadian border down to Mexico.

He began this epic trip on May 24 at the Washington side of the Strait of Juan de Fuca near Canada. Before reaching Border Field State Park at the U.S.-Mexico Border on July 26, Schmidt made many stops on land to rest. One of those stops included Dana Point and he hugged the coastline of San Clemente as he headed south.

The trip lasted 61 days in its entirety, with Schmidt stopping for only three complete days of rest in between. For 58 days, six- to eight-hours per day, Schmidt paddled his way down the West Coast.

He estimates he made roughly 1.25 million paddle strokes and burned an average of 3,850 calories per day, causing him to lose more than 20 pounds by the end of the trip. He also suffered blisters all over his hands, two broken toes and lost two fingernails.

Despite all of the physical challenges of the trip, Schmidt maintained that the hardest part of completing the journey had little to do with his body.

“My lower back would get really sore and my hands and feet would be very swollen in the mornings,” Schmidt said. “After a while though, it stops being a physical challenge and starts being mental. At a certain point, it just becomes all mental.”

During his time on the water, there was rarely a moment when he was far from danger.

“There were times when the fog would roll in and you couldn’t see the shoreline,” Schmidt said. “The shore wasn’t always there as a guide. I would have to rely on GPS and satellite tracking.”

The furthest Schmidt ever distanced himself from the shoreline was 12 miles. On average, he stayed one to two miles away from the coastline.

During his stops, Schmidt would either sleep on the beach, in a sea cave or in a hotel room. One night he washed up on a private beach house in Smith River, California. Schmidt told the residents what he was doing. They were so impressed they allowed him to stay in their guesthouse.

“Every day I had a very high point and a very low point,” Schmidt said. “At least once a day I’d think this was the greatest idea I’ve ever had, and then it would get to a point where I’d think ‘What the hell am I doing?’ In the end, it was all worth it.”

As for the future, Schmidt said he’s not sure what task he’s looking to take on next, but he said he wants to continue spreading awareness and helping the Wounded Warriors Project by paddling long distances.