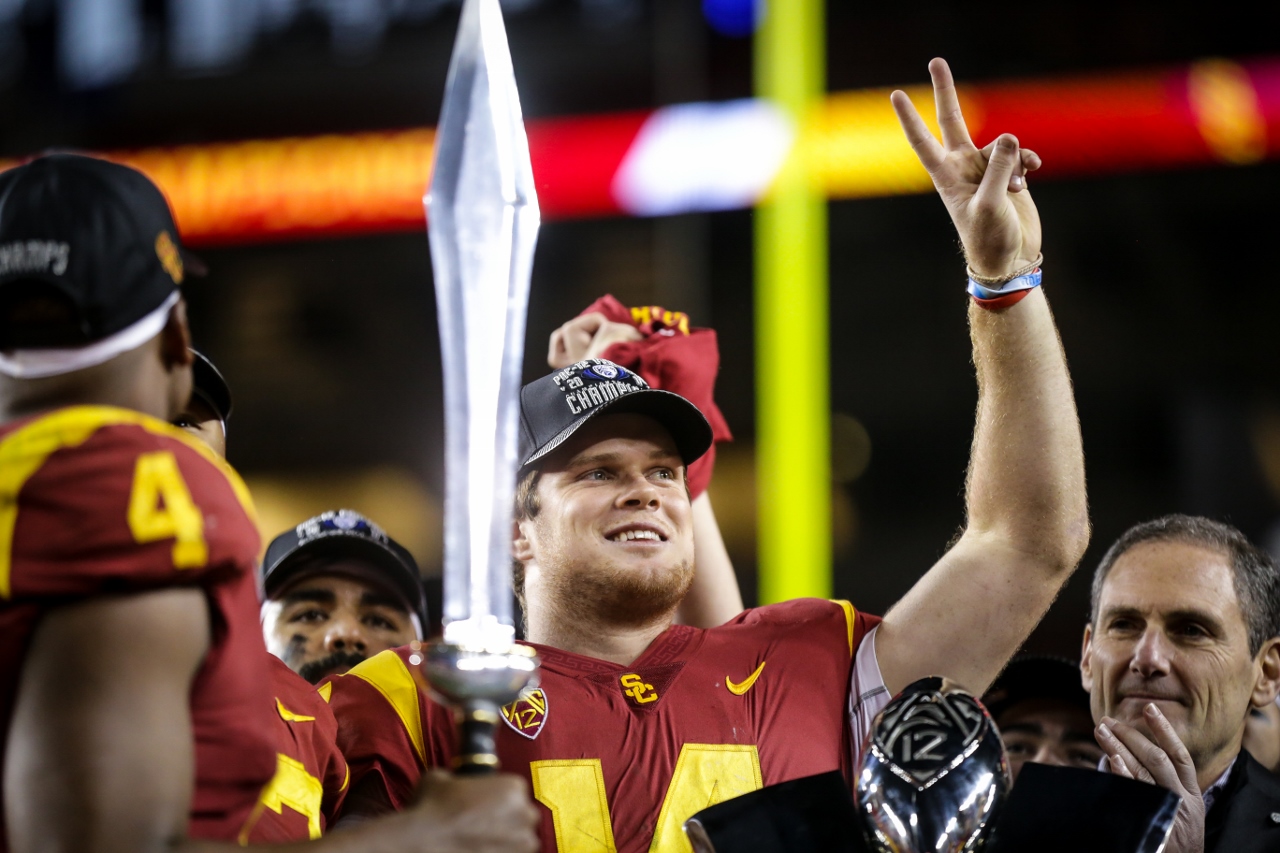 College football championship weekend was an exciting one. For those paying close attention, you might have noticed several familiar names and faces on the sidelines.

Here is a list of those players and their teams’ matchups, along with television viewing information (note: all times listed are Pacific Time).

Sam Darnold, Jake Russell and Jack Sears, USC: Darnold will quarterback the No. 8 Trojans against No. 5 Ohio State in the Cotton Bowl on Friday, Dec. 29 (5:30 p.m. on ESPN). Many thought the Buckeyes were worthy of consideration for the College Football Playoff. Darnold, Russell (a wide receiver), Sears (backup quarterback) and the Pac-12 champion Trojans are winners of their last five.

Riley Whimpey and Donté Harrington, Boise State: After losing to Fresno State one week prior, the Broncos came roaring back to defeat the Bulldogs 17-14 in the Mountain West Championship game on Dec. 2. Whimpey, a freshman linebacker who has played in 11 games this season; Harrington, a redshirt freshman offensive lineman; and Boise State draw Oregon in the Las Vegas Bowl on Saturday, Dec. 16 (12:30 p.m. on ABC).

Tucker Scott, Utah: Scott, a freshman offensive lineman, and the Utes will play the Big-12’s West Virginia in the Heart of Dallas Bowl on Tuesday, Dec. 26 (10:20 a.m. on ESPN). Utah secured bowl eligibility with a 34-13 win over Colorado in the final game of the regular season.

Zachary Cochrun, UCLA: Despite a coaching change that saw former head coach Jim Mora fired with one game left to play, Cochrun, a freshman offensive lineman, and the Bruins rallied to beat Cal 30-27 on Nov. 24 and become bowl-eligible. UCLA will play Kansas State in the Cactus Bowl on Tuesday, Dec. 26 (7 p.m. on ESPN).