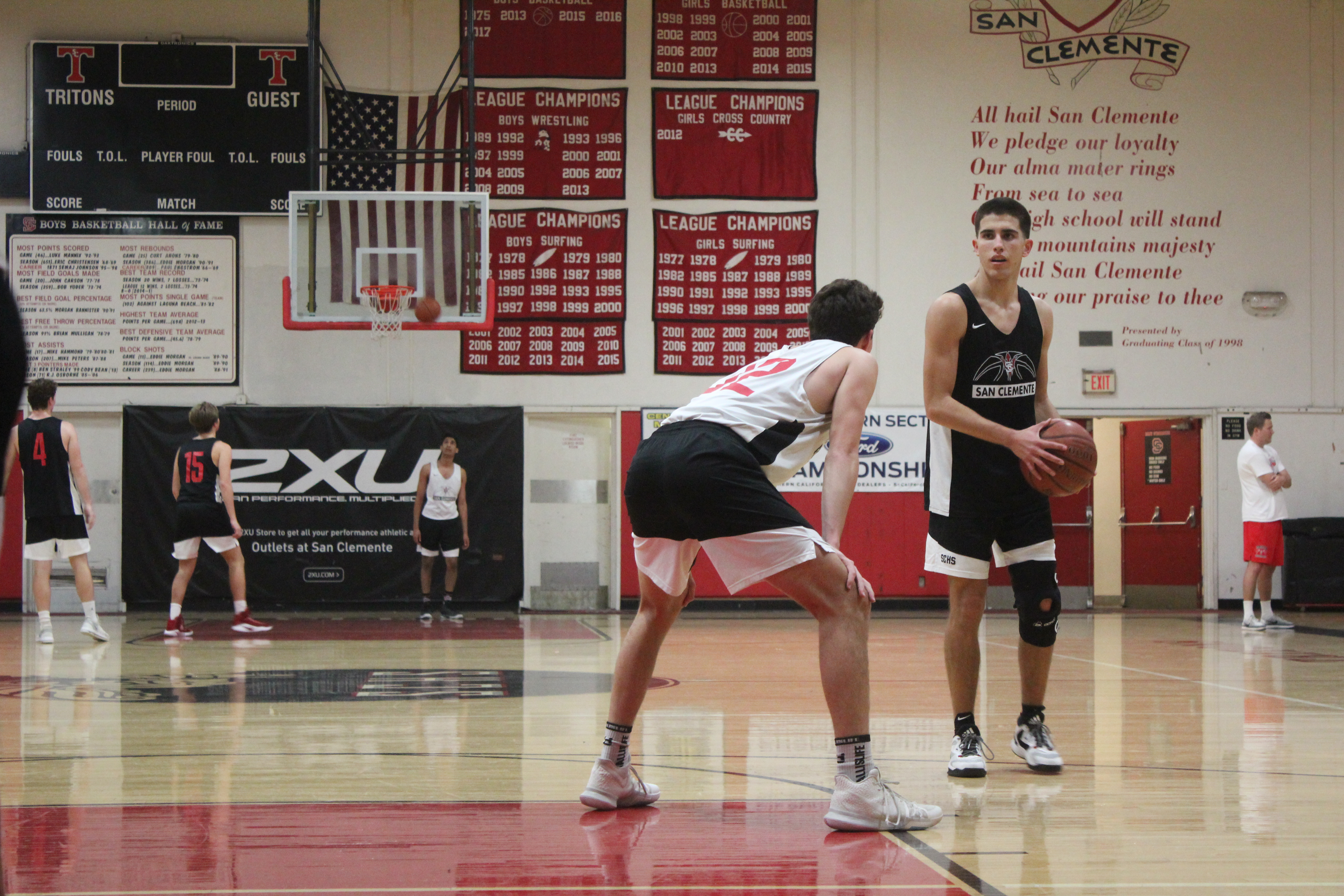 As the calendar turns, it means only one thing for the San Clemente boys basketball team: South Coast League play.

The new year has been kind to the Tritons as they enter league play with three consecutive titles from the last three seasons. But the heavy burden of being champions weighs on the team as San Clemente (12-4) enters next week with a bullseye on their back with groups of hungry, talented teams ready to strike.

“We definitely know what we’re up against,” Tritons coach Marc Popovich said. “Trabuco Hills and Aliso Niguel both return all five starters from last season. Tesoro is young and very good. El Toro returns a lot of guys.”

“Everybody brings a lot of challenges and the league is as deep as it’s been in a while.”

The Tritons have two games at Dana Hills on Thursday, Jan. 4 and at Troy on Friday, Jan. 5 before they open league play on Wednesday, Jan. 10 at home against Tesoro.

San Clemente’s first meeting with Trabuco Hills is Friday, Jan. 12 at home, and the Tritons travel to Aliso Niguel on Wednesday, Jan. 17.

“If you drew a name out of a hat and said that team is going to win the league, I wouldn’t be surprised by it,” Popovich said. “That’s kind of where we’re at with it. I’m out of the prediction business this year, I think.”

San Clemente is coming off a productive holiday break with promising event results.

The Tritons earned a solid win over Godinez, 54-36, at the North-South Challenge on Dec. 22. Chris Kane was the game’s MVP with eight points and nine rebounds.

San Clemente followed up with a third-place showing at the Tustin Holiday Classic.

After defeating Buena Park, 70-61, and Compton, 53-49, the Tritons fell to Northwood in the semifinals but not without a push.

San Clemente was down by 23 points in the third quarter but rallied to cut the deficit to just four in the final minute of the game. The resiliency in that game stood out for the Tritons.

“Against Northwood, especially, after coming out slow against them, we were able to come together and play together,” senior Jacob Nemeth said. “Everybody started to contribute in their own way. It shows that we’re not going to go down without a fight.”

Nemeth led the Tritons in scoring that day, as he has all season, but a strength for San Clemente has been a spread of strong performances.

Kane has led the big men and the Tritons’ size advantage. Anthony Smetona co-led in scoring in the Tustin Classic third-place victory. Popovich also praised Max Marshall and Spencer Egbert in providing a deep and rounded out attack.

“It shows that a team can’t just come out and face guard one player to shut down our whole offense,” Nemeth said. “We’re able to use different players all the time and teams have to respect every player on the court.”

All of this is part of San Clemente’s mantra of getting better each week, which Popovich said has been a through line in this run of league titles.

“We push each other so hard in practice,” Kane said. “We’re going to out work you. We may have a couple breaks in games, but we’re going 100 percent all of the time.”

Popovich said the key for the Tritons going forward will be offensive execution and easy baskets in transition. The coach also said this run of tournaments has prepared them for another league challenge.