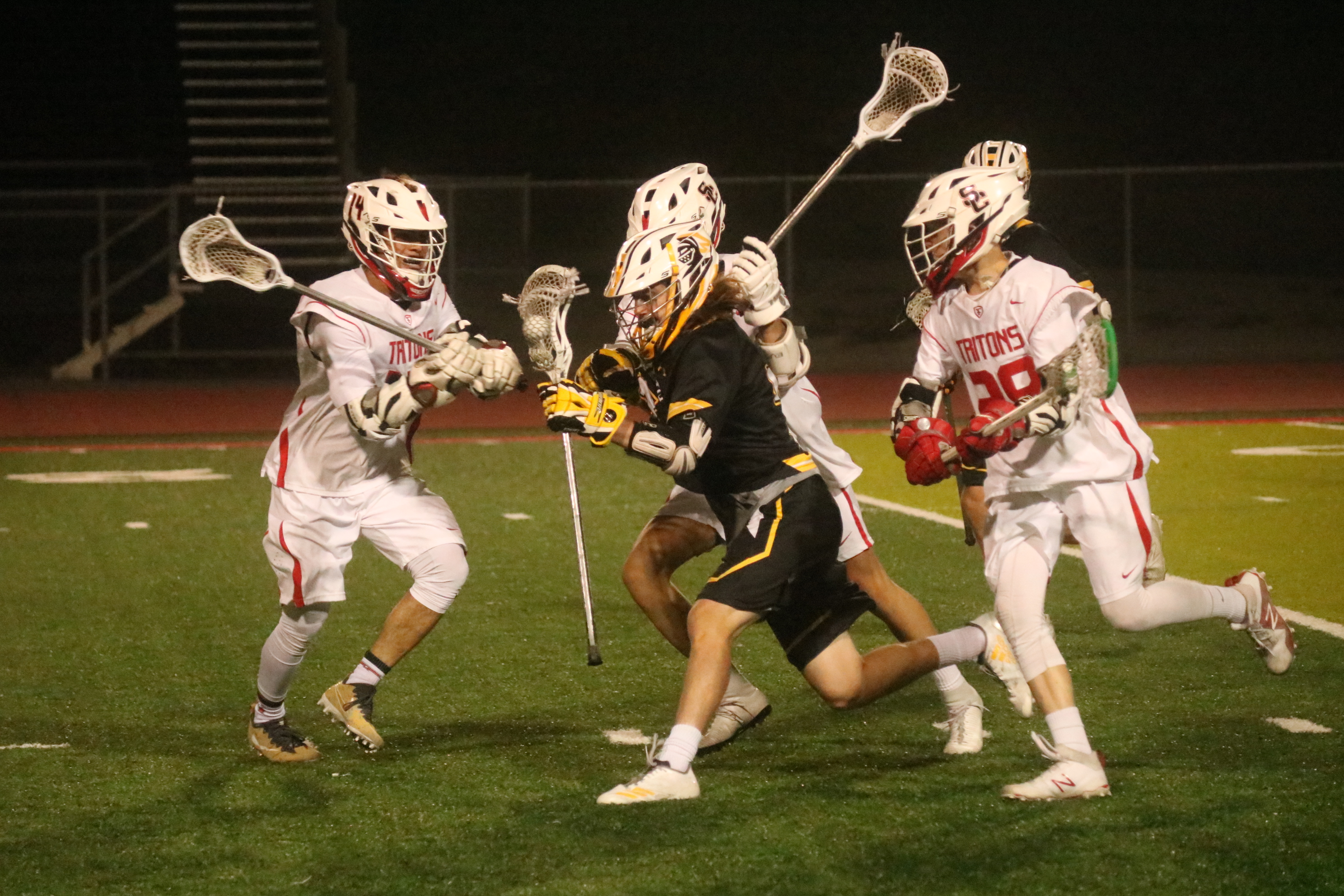 Boys Lacrosse Starts Strong, Outpaced by Foothill in Second Half of Loss

The Tritons would look to get revenge against the team that knocked them out in last year’s county semifinals by winning face-offs, slowing down the pace and controlling time of possession.

The plan worked for a lead after the first quarter and for a tie game at halftime. However, Foothill kept coming, pounced on some San Clemente miscues and turned on the afterburners.

Foothill won the third quarter over San Clemente, 5-2, and scored 10 of the game’s final 11 goals to pull away from the Tritons in a 20-11 win in a nonleague game at San Clemente High School.

“We can play with clearly the best team in the county,” San Clemente coach Brendan Finnerty said. “We played with them for a half. They knew we could play with them. We ran out of gas. We fell apart. We got mentally and physically fatigued.”

San Clemente (6-2, 4-0) takes its Spring Break on the road to Arizona with games at Notre Dame Prep of Scottsdale on Wednesday and at Brophy College Prep of Phoenix on Friday. The Tritons return to league play at Trabuco Hills on Tuesday, April 10.

The Tritons did exactly what they wanted to do to start the game.

Jake Brannon won three of four first-quarter face-offs and seven of 12 in the first half to get San Clemente the ball. With it, the Tritons drew four fouls in the first quarter and were able to take their time in the offensive zone.

Foothill got the game’s opening goal, but Nick Amico, Jack Rogers and Branden Wilson scored to give San Clemente the lead.

The Knights turned up the pace in the second quarter and evened the game at three-all.

The teams traded goals into halftime including a goal from San Clemente’s Aiden Fallon with 29 seconds left to tie the game at seven. While seated on the ground, Fallon collected a rebound and spun it by the Foothill goalie.

Then Foothill found its footing in the second half.

Aided by a couple early San Clemente fouls and turnovers, Foothill scored twice in the first two minutes of the third quarter and never trailed for the remainder of the game.

The Knights scored eight straight goals from the third quarter into the fourth quarter and ran out to the 20-10 victory.

Eugene Kang made his first start for San Clemente after sitting out the beginning of the season as a transfer. Kang came up huge in the first half with five saves and finished with 10 saves in the game.

“He definitely did his job in the cage,” Finnerty said. “It’s going to be a competition. We’re still going to give Lew (Lewis Ahola) a chance to start and everything like that. Best goalie is going to play, at the end of the day.”