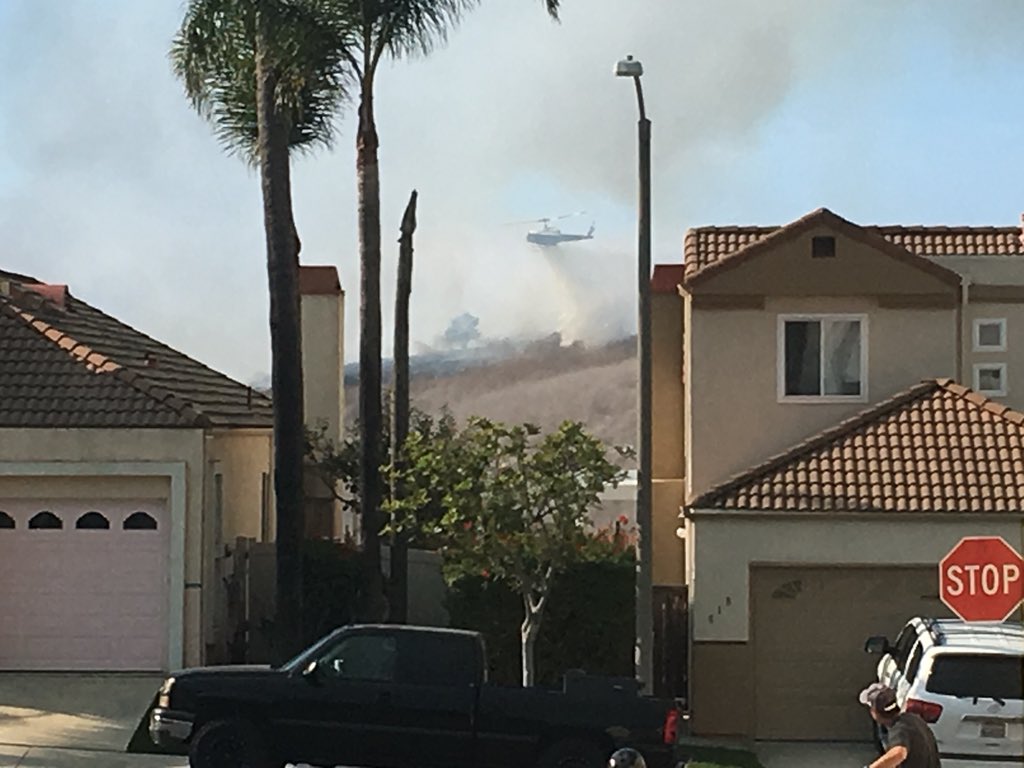 The first call regarding the fire came in at 12:15 p.m. Crews will remain on scene for a few hours to continue mopping up, OCFA officials said. The fire was reported to have spread to 7 acres before it was contained.

Fire investigators are on scene trying to determine the cause. OCFA Capt. Steve Concialdi said there were 50 firefighters on scene at 1 p.m., and OCFA and Orange County Sheriff’s Department (OCSD) helicopters dropped water on the fire, which was obtained from a pond at Bella Collina San Clemente.

No injuries nor threats to structures were reported. OCSD officials said Calle Del Cerro was was reopened at 2:30 p.m., but the right lane of the eastbound side of Avenida Pico and the bike lane were still occupied by fire engines at that time.

Fire in #SanClemente on #KnobHill at Pico. Photo taken from #Villagio community pic.twitter.com/7vr3pFFQdN

This is a breaking story. More information will be provided when it becomes available.