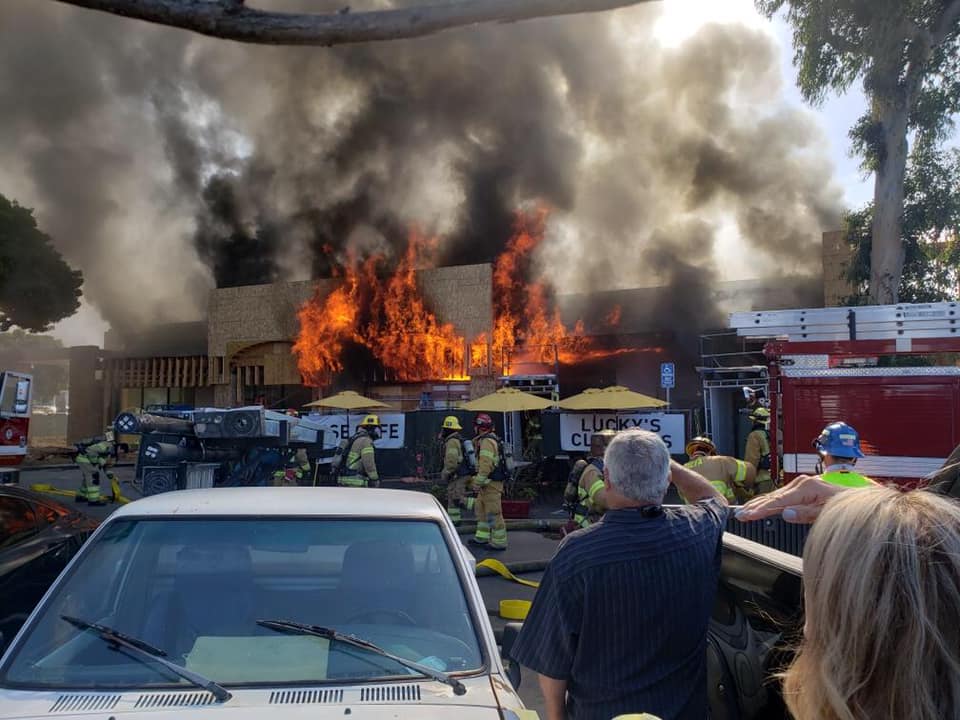 UPDATE: OCFA Communications Director Colleen Windsor said the fire started at Rose Donuts & Café. The fire has been determined as accidental and was the result of an unspecified failure in the area of the water heater, said Windsor.

Orange County Fire Authority crews put out a fire at the site of Rose Donuts & Café, which was undergoing construction, in San Clemente on Wednesday morning.

According to Jon Muir, spokesperson for OCFA, no one was injured as a result of the fire, which appears to have caused significant damage to the neighboring nail salon, Best Nails, located in the shopping center on the 600 block of Camino de los Mares.

“The fire was pretty much confided to the one unit. I think the nail salon was the one that burned,” Muir said. “We don’t know exactly how it occurred, but it looks like nail salon was damaged pretty bad.”

While the cause of the fire is currently unknown, Muir said investigators are currently on site working to figure out how it started.

Muir said the call of a commercial fire came into the fire department at 9:26 a.m. and crews were able to put out the blaze within 30 minutes.

The donut shop is currently under construction and there were individuals working inside the building when the fire started, but Muir stressed that no one was injured.

A few fire trucks and engines are onsite continuing to clean up the area, but they’re winding down, Muir told San Clemente Times before noon. He also said much of the shopping center remains open, but businesses that are impacted by the fire are still shut down.