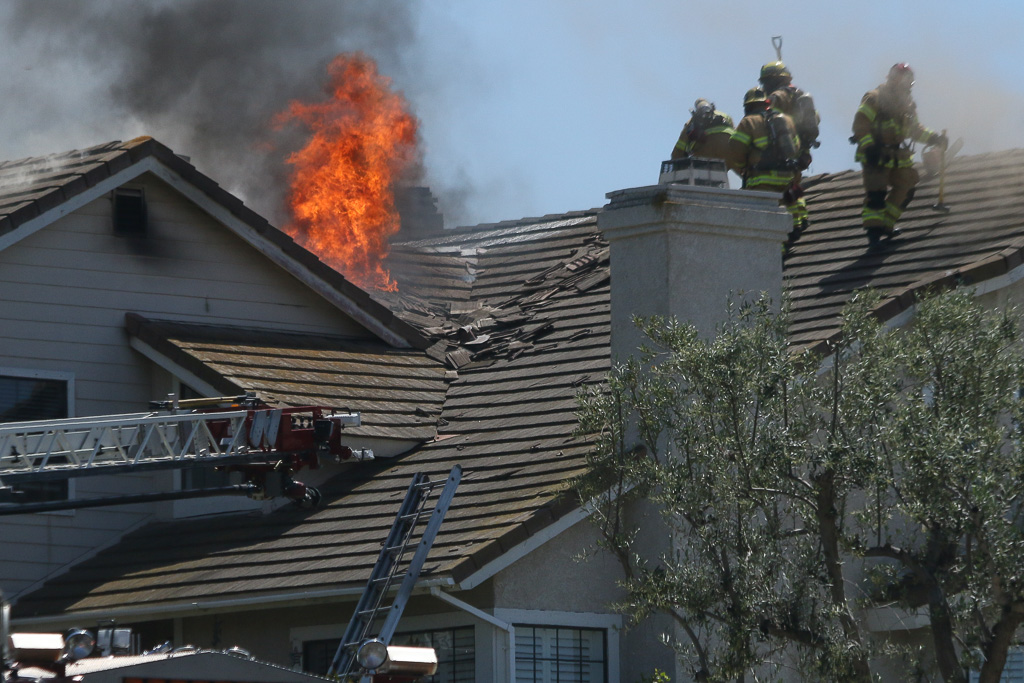 A home in the Seaview Estates neighborhood, 800 block, was ablaze at least in the upper portion of its two stories on Wednesday, April 10. The fire was called in about 12:15 p.m.

Orange County Fire Authority public information officer Capt. Tony Bommarito said at 12:46 p.m. that no injuries had been reported, although one woman at the scene, who said she tried to alert anyone who may have been inside the burning home, was in need for respiratory assistance.

Multiple fire engines were reportedly still on scene as of 1:25 p.m., according to the app Pulse Point, which tracks emergency service calls.

Winds didn’t make the task any easier for the firefighters, as it whipped the flames shooting out of the top of the roof in multiple directions. According to Weather Underground, winds were expected to reach up to 20-30 miles per hour on April 10.