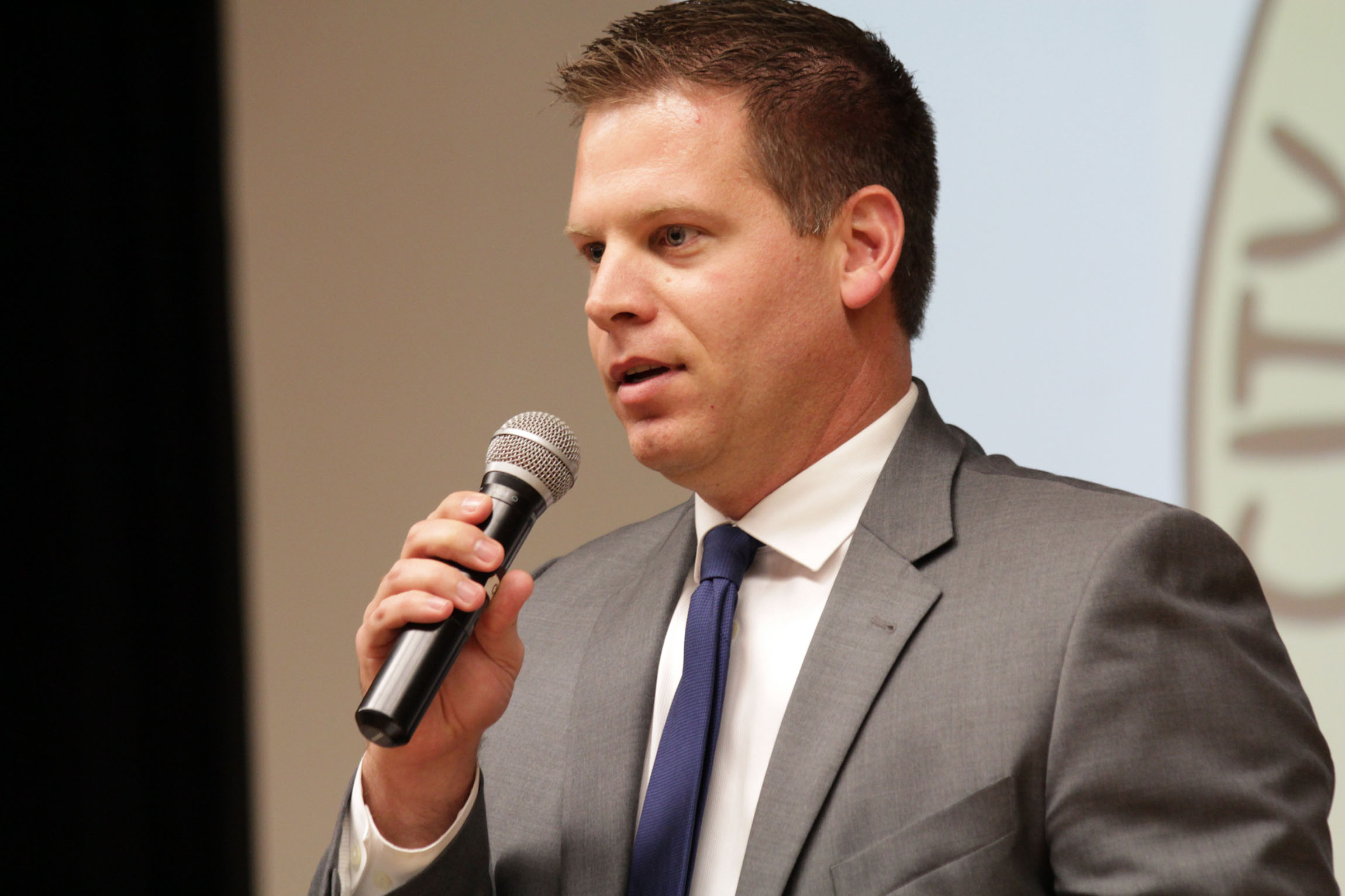 Near the conclusion of Tuesday night’s council meeting, San Clemente Mayor Dan Bane announced that he’s resigning from his position on the city council effective April 21 as he’ll be relocating his family out of state.

Bane, a trial attorney and partner with Sheppard, Mullin, Richter & Hampton LLP, said he was presented with a job opportunity that he “frankly couldn’t say no to.” While not disclosing the new role or where, he said he and his family would be leaving San Clemente, likely in late May or early June, depending on how quickly the coronavirus pandemic relents.

Bane was elected to the council in 2018, securing one of the three open seats in the race. As a first-year councilmember, he was selected to be mayor pro tem, alongside the late Mayor Steve Swartz.

Swartz’s untimely death in May 2019 propelled Bane to the position of acting mayor, which he held for much of the year while the city conducted a special election to fill the open council seat. After Councilmember Gene James won the vacant seat last fall, Bane was officially appointed as mayor.

Addressing his supporters, who, he said, are likely disappointed by his announcement, Bane apologized for not being able to finish out the remainder of his term, which was set to end in 2022.

“I wish I could’ve accomplished more, but I feel like in the year and a half we accomplished a lot of my goals that I set out to do,” he said. “I leave the city with my head held high.”

The council’s next meeting on April 21 will be his final day at the helm of the dais. He said, Tuesday night, that he would be formally submitting his resignation letter to City Clerk Joanne Baade on Wednesday, April 8.

“It’s been an honor … I leave with a lot of trepidation,” Bane said, continuing that “I’ll be back often to visit and see friends but my life is taking me in a different direction at the moment.”

Per the city’s municipal code, the council is expected to call for a special election to fill the upcoming vacancy. Such an election would be held on the next regularly scheduled election date, which falls on Nov. 3. In the meantime, the council could also appoint an individual to hold the office.

Two council seats, currently held by Councilmembers Chris Hamm and James, will be up grabs this November. With Councilmember Laura Ferguson holding the position of mayor pro tem, she’s likely to take on the role of acting mayor following Bane’s departure.