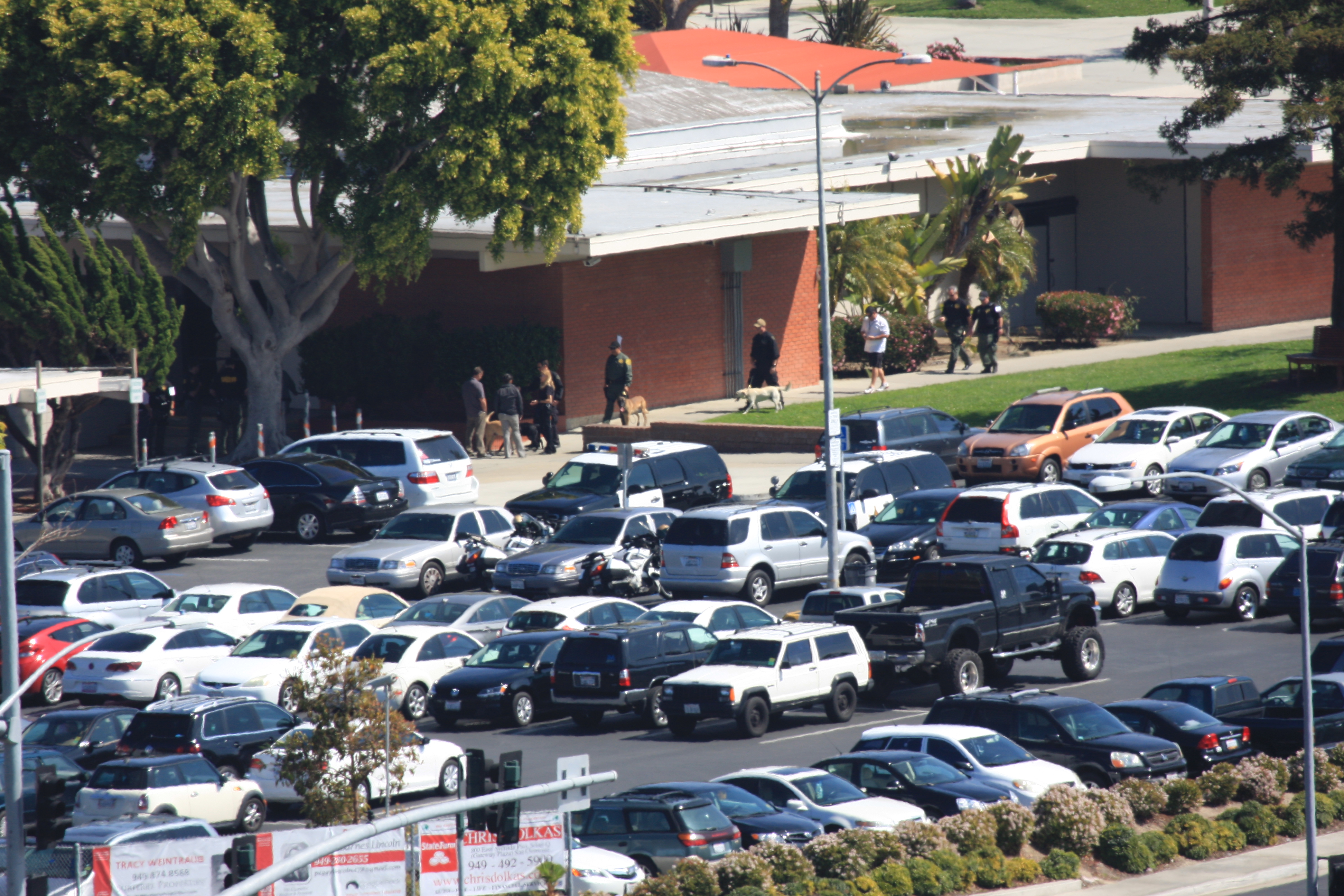 While last week’s lockdown at San Clemente High School was lifted without incident and nothing suspicious found at the school, police and school administrators are still dealing with the aftermath.

The threat was discovered by the school resource officer during a follow-up on an unrelated matter, said OCSD spokesman Lt. Jeff Hallock. A posting on the anonymous mobile-social networking application, Yik Yak, indicated there was a bomb at the school, Hallock said. Officials initially deemed the threat “credible.”

The OCSD Hazardous Device Squad performed a sweep of the campus and nothing suspicious was located, Hallock said. During the squad’s investigation, the school operated under a “shelter in place” mode, where students were not allowed to leave their classrooms or convene in common areas, Hallock said. The incident was turned over to the OCSD’s investigation’s department.

Hallock said to date, the originators of the threats have not been identified. Hallock said there were two original threats, and a third that stated a specific student had a bomb strapped to them. That student was contacted and had no such device and said he had no idea who had made the claim or why.

The lockdown was lifted at 1 p.m., four hours after the threat was discovered on the anonymous mobile social media app Yik Yak, which has caused similar disturbances across the nation.

The app allows users to send comments anonymously and location services bring comments to a user’s feeds from others nearby. There appears to be no way to trace the source, but the comments can be disseminated widely. It was initially created for use on college campuses.

According to Yikyakapp.com, the only information asked for is the commenter’s location.

“No profile, no password, it’s all anonymous,” the website says. The site goes on to say, “Anonymity is powerful, for better or for worse.”

After the incident, the app was shut down on campus by the company, according to SCHS principal Michael Halt. The day of the incident, Halt sent an email to parents asking them to talk to their children about what had happened, and, if their students had the application, to delete it from their phone. He said he was not sure how the application suddenly had become so popular on campus.

“I was incredibly impressed by the professionalism and flexibility of our teachers,” Halt said. “And our kids were fabulous. All things considered, things went very smoothly.”

Halt was not so positive in his opinion of the application.

“Nothing positive is posted on Yik Yak,” Halt said. “There’s nothing but racist and sexist comments, and it’s a haven for cyber-bullying, insults and bad jokes. There’s no place for Yik Yak on this campus.”

Hallock said the programmers of the app had been cooperative in the investigation. The college students who created the application said they had not thought about the program’s possible misuses.

Anna Mendez, the president of the San Clemente-based National Association of People Against Bullying, said her daughter, Victoria, a student at SCHS and leader of the school’s Cool 2 Be Kind anti-bullying organization, had been lobbying against the app at the school due to concerns over bullying. When the word began to spread of the lockdown, she said, her daughter knew what it was.

“All her friends looked at each other and said ‘This came from Yik Yak,’” Mendez said.

Mendez said her daughter met with Assemblywoman Diane Harkey (R-Dana Point) the day after the lockdown on behalf of anti-bullying legislation but also discussed looking at ways to respond to similar applications.

SCHS parents who were at the scene reported receiving texts from their children about the lockdown at approximately 10 a.m., just before receiving the same word from the school.

“They have to do what they have to do,” parent Kristi Allard said of the sheriff’s department response. “It’s unfortunate because it’s probably nothing, but in this day and age, you don’t know.”

Hallock said the law enforcement response had to balance that reality of what was likely to be a non-threat with what might happen if it had been real.

“We don’t want to react in a fashion that encourages this sort of thing happening again,” Hallock said.

Andrea Papagianis contributed to this report.