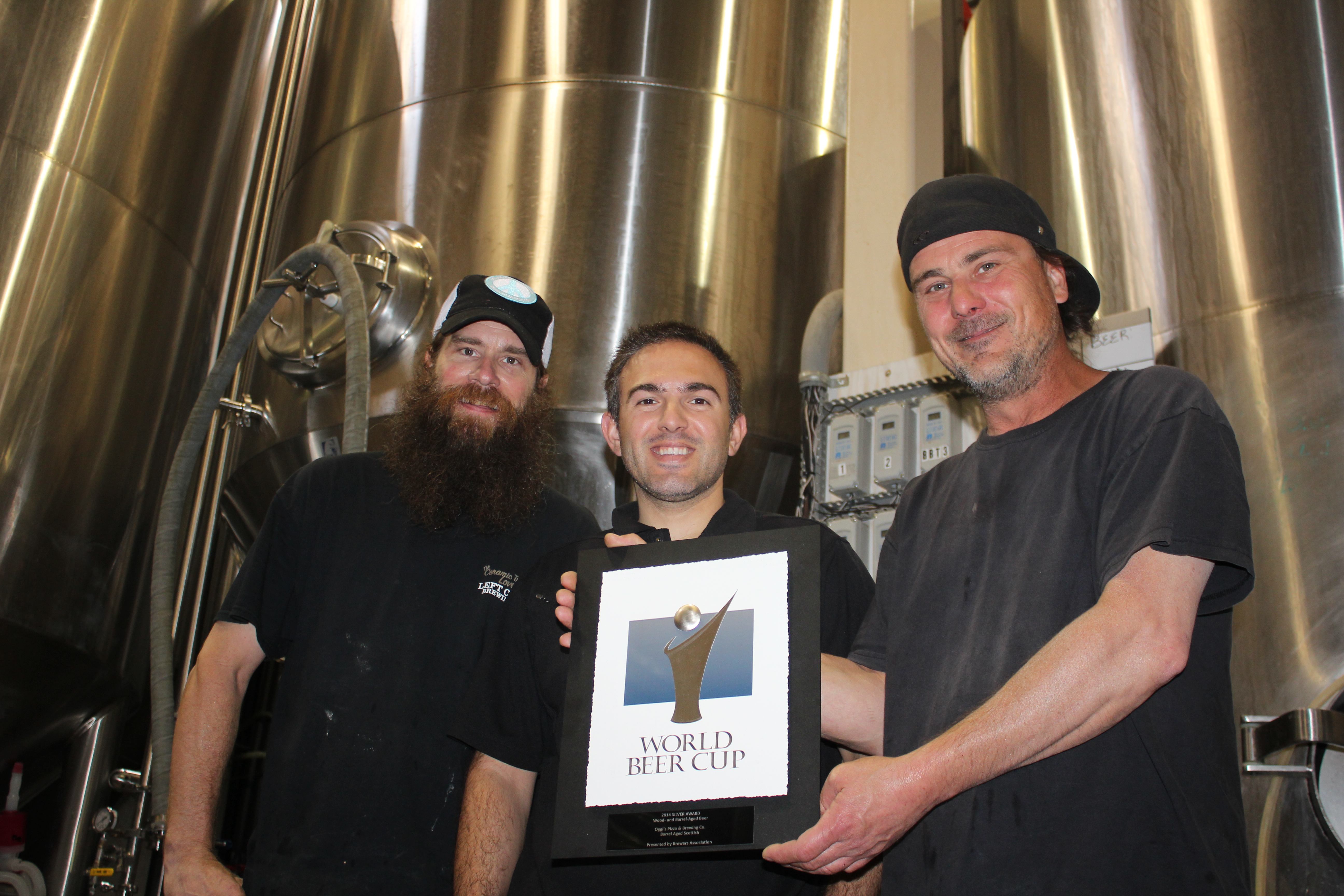 It may have meant some early struggles, but it seems that craft beer has become more than just a fad in San Clemente.

This weekend will mark the fourth edition of the San Clemente Micro-Brew Fest. It’s a celebration of smaller breweries from around the area. Tommy Hadjis, the general manager for San Clemente-based Left Coast Brewing and Brew Fest founder, said there was support at the start for the event from his fellow brewers. The brewers have expanded too. This year, 16, mostly from Orange County, will showcase their libations. The crowds have steadily grown as well.

The first event drew about 500 people, Hadjis said. A year later, it grew by 50 percent, to about 750. Last year, 900 tickets were sold. Now, he says, he’s considering whether or not to move the event from the Left Coast parking lot to accommodate greater demand in a larger venue.

“When I first came to Left Coast, I knew I wanted to put on a beer festival,” Hadjis said.  “It took a long time to get it going, and then I really wasn’t sure how the community would take it. But it keeps growing. This year, we’ll sell out.”

The biggest concerns are practical, he said. Last year, the festival ran out of cups. But Hadjis’ biggest concern, of course, is running out of beer. Pre-sale tickets typically provide a good indicator, he said.

Pizza Port brewer Ryan Fields says people should understand that craft and home brewing are actually very similar. The former, he said, is really only the latter on a larger scale.
“The main difference is only the type of equipment we use, but home brewers can make the same quality of beer,” Fields said.

What separates craft from large-scale brews, Fields said, was the effort to reach out and try new things with beer’s traditional ingredients—water, hops, malted barley (or other grain) and yeast—or something new.

Taking Time to Get Noticed

Left Coast initially moved to San Clemente in 2004, at a time when, Hadjis said, there were very few independent brewers in Orange County. A movement was just springing up, however, in San Diego. Left Coast’s operations here started as a way to create beers for Oggi’s Pizza, whose locations are mostly in San Diego and Orange counties.

“As we saw it getting more popular in San Diego, we said, ‘We make great beer here, why not take advantage and make beer on our own label instead of just for our restaurants.’”

That was 2008. At that time, Left Coast and Pizza Port were helping to lead a charge in south Orange County for smaller, more artisanal brews. A year later, there were enough to create a county-wide Brewers Guild. The last two years it’s exploded, with more breweries opening in Orange and Los Angeles counties, to go along with an already large presence in San Diego County, Hadjis said.

Fields said the craft brew community is a tight-knit one that supports one another. He believes the demand for higher quality among consumers will only increase.

“It’s definitely going to keep going,” Fields said. “There are a lot of people who are only now getting into craft beer. We’re just trying to get it out there. But the more people making beer the better. We all want to help get people over to the craft beer side.”

Hadjis said it wasn’t—and often still isn’t—easy to get smaller brewers beers on tap at restaurants.

“We need more bars that are craft beer bars, where you go in and there are 30 tap handles and it’s all craft,” Hadjis said. “You still see a lot of restaurants around here fighting it. Everyone’s slowly coming around, some of these old-school owners, but it’s a lot of education.”

Many restaurant owners fear, or feared, that customers would not purchase unfamiliar beer. Owners who’ve been successful for decades selling national brands alone, he said, often don’t recognize putting such brews on tap can be a business opportunity unless they see fewer people coming into the restaurant, he said.

“You’re missing out on a whole demographic of customers,” Hadjis said. “It took us years to get one restaurant to put our beer on tap. They didn’t care if we won all these awards. They were too scared to put a craft beer on tap that no one knew of, even though we were local.”

Pizza Port being located downtown and making their own award winning beer was a big part of the drive toward the acceptance of craft beer locally, Hadjis said, as was the decision by Board & Brew and Sunset’s on the Pier to put the company’s beer on tap.

“They put it on and everyone was just loving it and bars were noticing it,” Hadjis said. “Everybody started bringing it on, and now it’s a surprise when I go to a place and it’s not on tap.”

Some of Left Coast’s beers bear the name of San Clemente landmarks, like the Trestles India Pale Ale and Del Mar Street brews.

“We send our beer to over 20 states, and when we send it out we want customers to feel like we’re representing San Clemente,” Hadjis said. “I want them to have that beachy experience where they wish they were here.”

San Clemente’s also been lucky, Hadjis said, because the beer departments of local grocery stores have also made the decision to stock craft beer, including Left Coast’s.

“I feel like San Clemente’s ahead of other cities in Orange County. We’re ahead of Dana Point, we’re ahead of Mission Viejo,” Hadjis said.

The company also opened up a tasting room last year. Previously, the company only had the ability to showcase its beers on-site at the festival. Now, the tasting room has 12 beers on tap, including a number that are not available outside the brewery.

“It’s really helped us,” Hadjis said. “We decided we wanted to make it feel like San Clemente, do it the best we can and let the beer speak for itself.”

Professionals are recognizing their efforts as well. Left Coast won a silver medal at the World Beer Cup in Denver for its Barrel Age Scottish Ale earlier this month. Pizza Port has also won a number of awards for its craft beer.