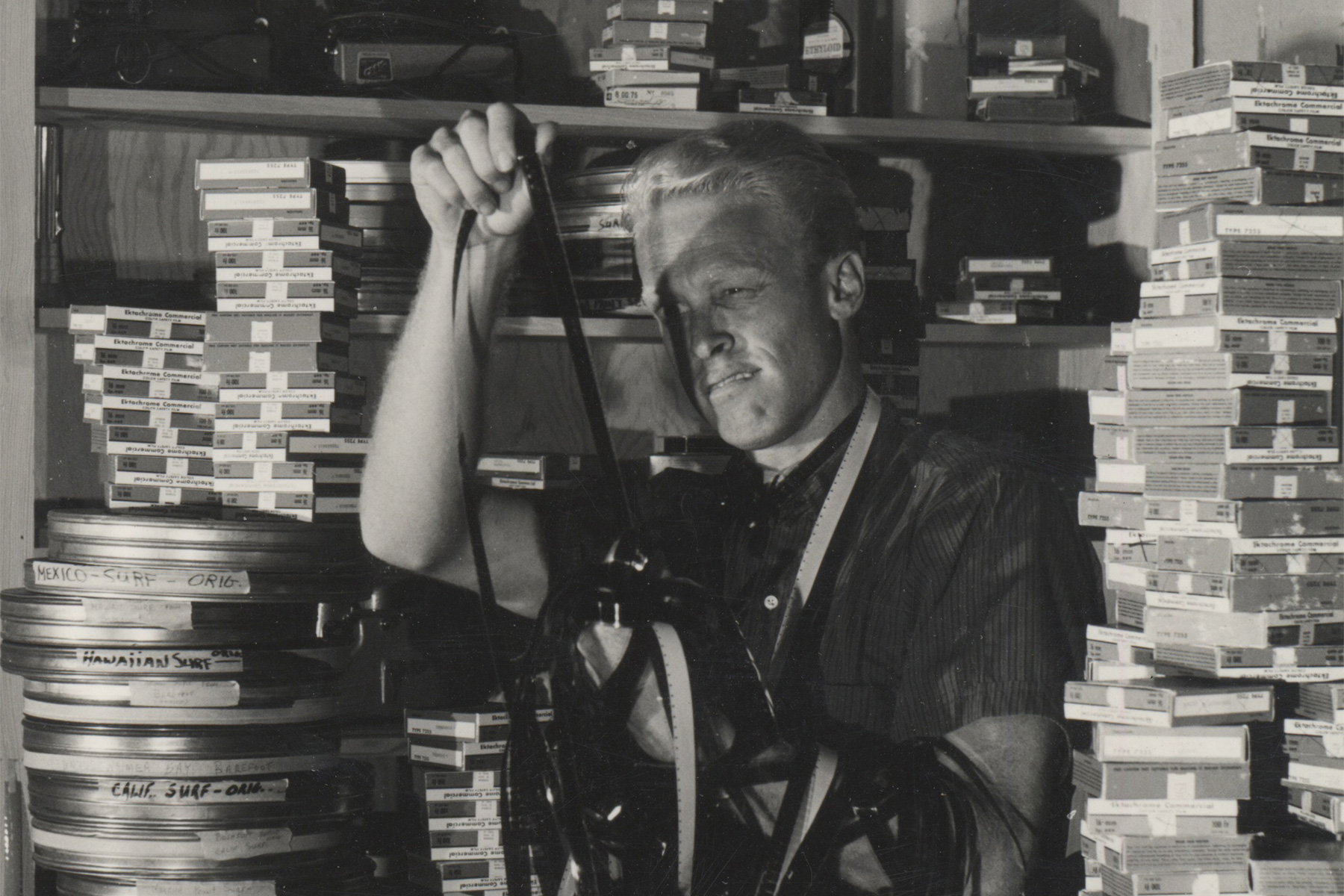 On a bitterly cold winter day in Wichita, Kansas, in 1966, Bruce Brown ran a screen test of The Endless Summer. The theater sold out, and the exuberant response blew the minds of executives at Columbia Pictures. Not long thereafter, the film was blown up from its original 16mm format to 35mm and released worldwide. It would go on to earn more than $30 million at the box office.

Not bad, considering that Brown and The Endless Summer crew had been cruising around in a motorhome, playing the film and doing appearances at high school gyms up and down the California coast for 25 cents a ticket. Without a doubt, the surf documentary (if that’s what it can really be called) is the most influential and successful surf movie of all time. Period. End of story.

And, now, Brown will be memorialized forever in bronze, joining friends Hobie Alter and “Mr.” Phil Edwards in Watermen’s Plaza in Dana Point.

Since its initial release in 1964, The Endless Summer has been inducted into the Smithsonian National Museum of American History, the United States Library of Congress and the Museum of Modern Art in New York.

“When we were growing up, the thinking was that if you surfed, you’d smarten up at some point,” said Brown, who passed away in 2017. “After Endless Summer, people of all types started to take it up. . . . It helped make it into something legitimate. It gave it some respect.”

Brown was born in San Francisco in 1937. His family moved to Long Beach when he was still a kid, which is when and where he began to get into surfing. He served in the Navy on a submarine while stationed in Hawaii in 1955. When he got out of the service, he landed in South Orange County, where he started to get into filmmaking. Surfboard shaper Dale Velzy famously took him out to buy his first 16mm camera.

There’s no shortage of Endless Summer lore still floating around the area. Dick Metz, the founder of the Surfing Heritage and Culture Center, was recently honored in their annual Ohana Gala for his contributions to surf exploration. Among Metz’s most crowning achievements—tipping off Brown to the potential at Cape Saint Francis in South Africa.

The year before Brown set off around the world, Metz had returned from his own adventure and spent considerable time traveling through Africa. He told Brown to take a look at Cape St. Francis, that it had some potential.

“If I hadn’t ended up with John Whitmore in Cape Town that year, Mike [Hynson] and Robert [August] might not have scored perfect Cape Saint Francis in The Endless Summer,” recalled Metz. “It’s funny the way the ball bounces. That particular moment was the key decision that changed the lives of tens of thousands of people in the surfing world.”

Or look no further than the garage of a house above T Street in San Clemente. Coming up off the beach after surfing one day, Brown heard a band rehearsing and followed the sound. A young group called The Sandals was jamming. Brown liked their sound, and they were recruited to record the now-famous soundtrack. They went and cut it at Miles Davis’ studio up in Hollywood. Danny Brawner played drums for the band, but to support his family, he was also a career glasser at the Hobie factory.

“I guess Bruce liked what he heard when he walked by,” remembered Brawner in a recent conversation. “I still have the drum kit.”

Besides The Endless Summer, Brown also gave the world one of the greatest motorcycle movies of all time. Released in 1971, On Any Sunday was a collaborative effort with actor Steve McQueen and filmed largely in the undeveloped hills of Dana Point. It garnered an Academy Award nomination.

The public unveiling of the new Bruce Brown bronze will take place on September 19 at Watermen’s Plaza in Dana Point. The event will run from 3-4 p.m. and will include a short program followed by a ribbon-cutting and photo opportunity. Guest speakers will include family and friends of Brown, along with Pat O’Connell and Robert “Wingnut” Weaver, stars of Endless Summer II. The life-sized bronze sculptures of local surf industry legends are being created by artist Bill Limebrook, who grew up on the surf haven that is Beach Road.