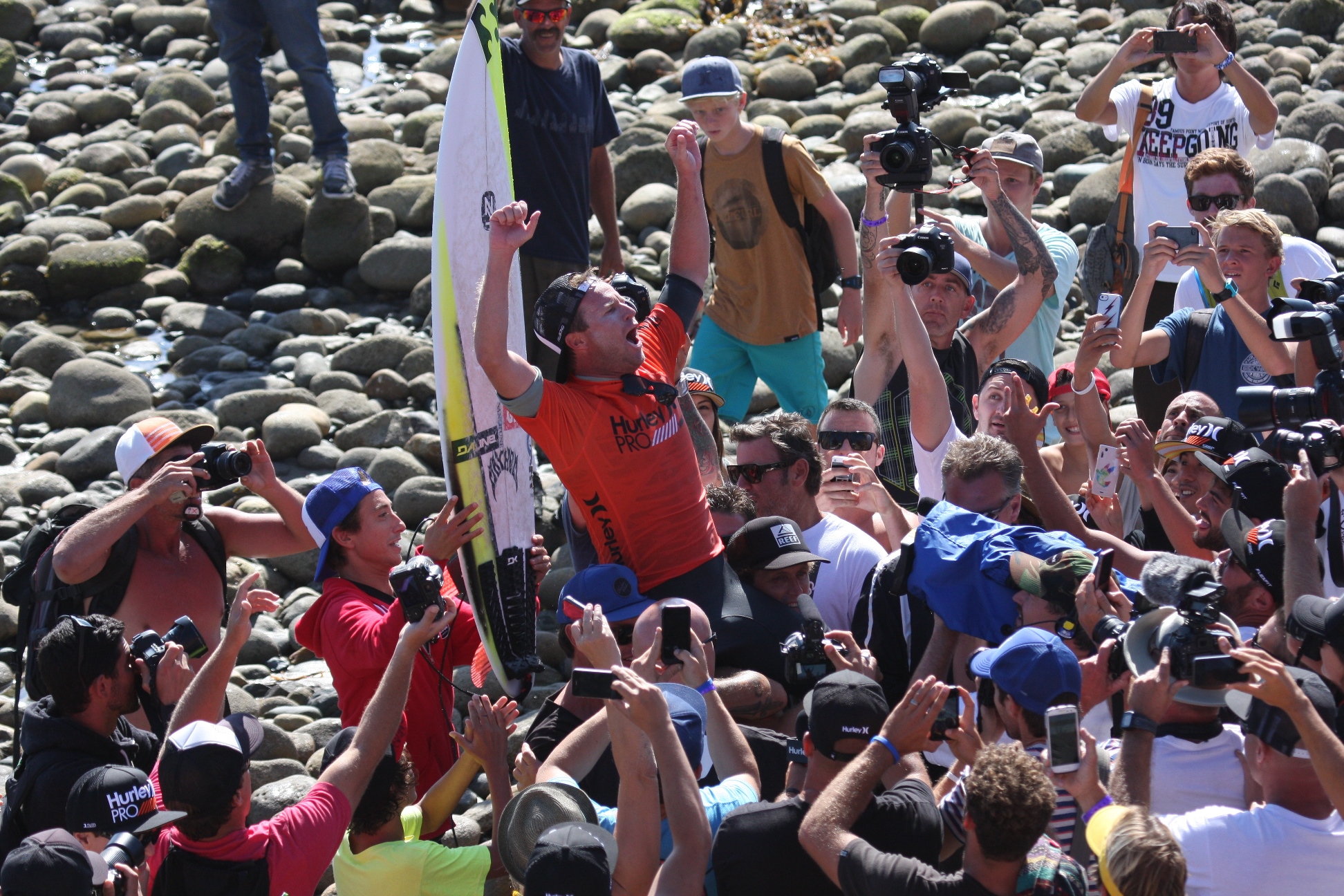 After taking out the last standing San Clementean, Patrick Gudauskas, in a wave-starved quarterfinal heat today, Australian, Taj Burrow went on to take the win at the Hurley Pro.

Burrow and his final round opponent, fellow Australian Julian Wilson, put on quite an entertaining show, a volley of great wave after great wave, that ended with Burrow  coming out on top with a two-wave combined heat total of 17.07 (out of 20) to Wilson’s 15.97. The win puts Burrow at No. 4 in the race for the Association of Surfing Professionals World Title.

Gudauskas’ quarterfinal elimination gave him an equal-fifth-place finish in the contest and the points to bump his rating up to No. 28, well within the Top 34 for a qualifying spot on next year’s tour.

“I am really excited by my result but it was a heartbreak to lose in the quarters because I felt really good to go all the way,” Gudauskas said. “Taj surfed a really great heat and the conditions were tough. I can be thankful for the heats I made and try to improve on that for the next one.”

Gudauskas said he was surprised to hear what his fifth-place finish did for his ranking, taking him out of the alternate spot and into Tour-qualifying territory.

“This was a momentum builder. I really want to keep moving way up in the rankings and not have to worry about all that stuff because I feel like I’m surfing better than that. It’s an exciting start,” he said.

With 11-time ASP World Champion Kelly Slater’s ousting at the hands of Gudauskas in Round 3 (a 13th-place finish) Slater was bumped from the No. 1 spot on the World Title race down to No. 2. Mick Fanning (AUS) has taken over the top spot, with his ninth-place Hurley Pro finish.

For more information on the Hurley Pro, see www.thehurleypro.com. More on the ASP World Tour can be found at www.aspworldtour.com.

RESULTS: Hurley Pro at Trestles, 2013, Round 5 through the final