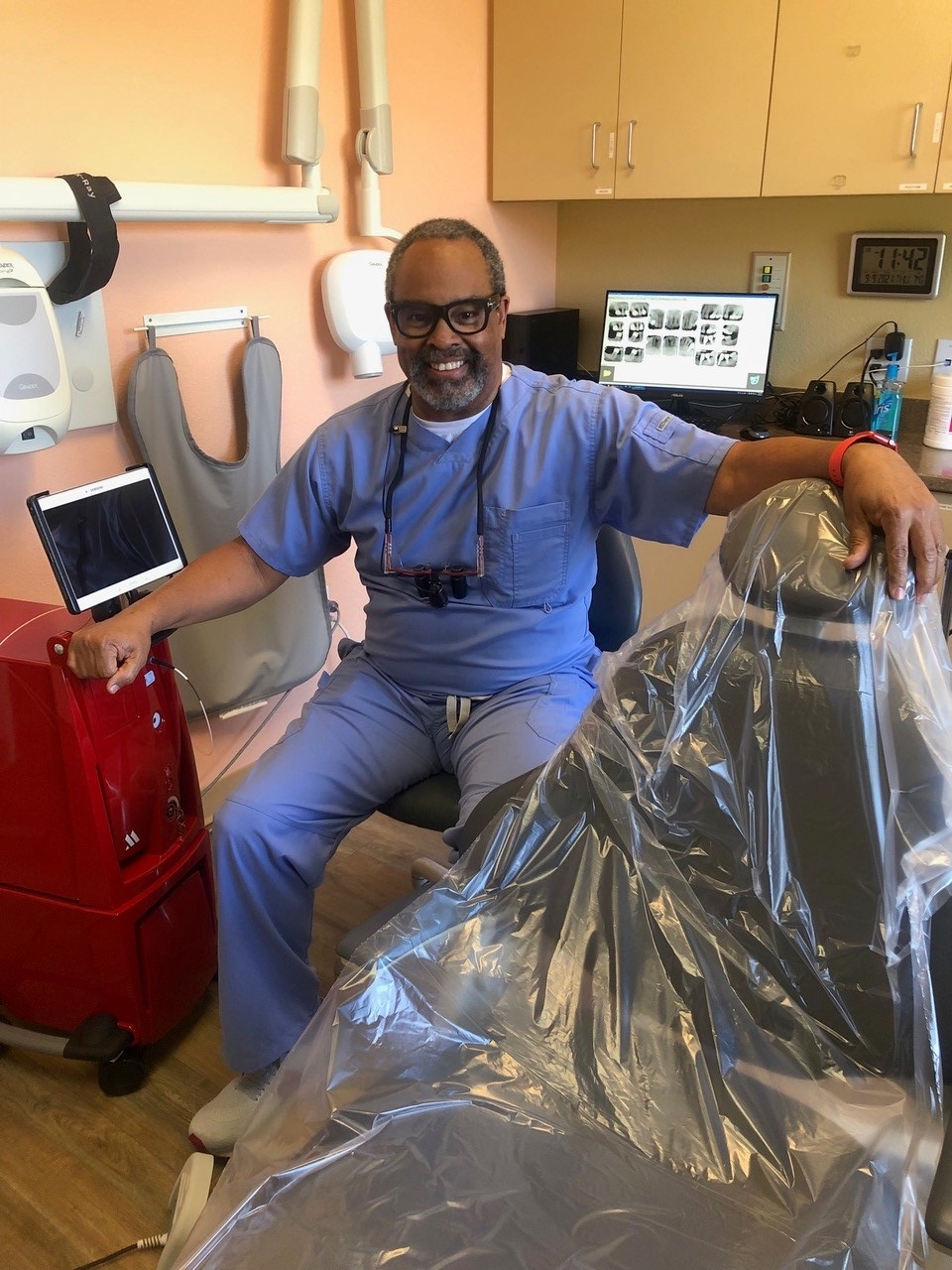 Having grown up as an Army brat living all over the world, Dr. Raymond L. Wright, Jr., DDS, knows a good thing when he sees it.

Boundless career opportunities in the field of periodontics meant that he and his wife, Rachael, and two children—Jason and Zoe—could be selective in deciding where to live and work. So, in 2014, the family, eyeing a place where the weather is nice year-round, moved to Southern California to escape the cold Chicago weather and severe winters.

“California was always my first choice,” said Dr. Wright, a periodontist whose credentials include a DDS degree from the University of Illinois-Champaign’s College of Dentistry. “We got tired of the cold and the snow living in Chicago.”

When he was 26, he also received a Certificate of Periodontics, becoming the youngest ever to earn such a certificate.

After a 23-year career in private practice in Chicago, Dr. Wright went to work for dental service organizations in Denver, Atlanta, Phoenix and eventually earned his license to practice in California in 2013 and moved out to San Diego the next year.

A specialist in dental implants and periodontal disease, Dr. Wright began to miss his private practice days and the personalized service that came with it, so he started to look for a practice he could acquire.

He found it here in San Clemente, and on April 9, 2021, he formally assumed ownership of Dr. Alice Moran’s periodontal practice, San Clemente Periodontics and Implants, when she decided to retire after more than 12 years of serving the community.

“I thought it was time to get back into private practice, so I started looking around and saw that Dr. Moran’s practice was for sale,” said Dr. Wright. “It was a perfect fit, as (Dr. Moran’s) philosophies were just like mine.”

“Ginny has been a godsend; she’s been the anchor to this practice,” he said. “We all work really well together as a team.”

Dr. Wright specializes in laser surgery, utilizing the latest advances in the technology for both implants and corrective surgery.

“Think of (periodontists) as the plastic surgeons of the mouth,” he said, noting that he uses the only FDA-approved laser technology available. “I like to do minimally invasive surgery. I take the time to explain what’s going on in our patients’ mouths in layman terms; I tell them the pros and cons of the procedures, from implants to short- and long-term care to treat periodontal disease. The laser targets the bacteria that causes bone loss.”

So far, things are working out well, and Dr. Wright is contemplating expanding office space to accommodate more patients. Currently the office has three treatment rooms.

“San Clemente is a great community,” said Dr. Wright, an avid hiker, biker and skier. “There’s always some hesitation with a new doctor, but we’re welcoming new patients while also servicing the long-term patients who have been coming here for years.”

Dr. Wright’s practice is open Mondays through Thursdays from 8 a.m. to 5 p.m., and Fridays by appointment only.