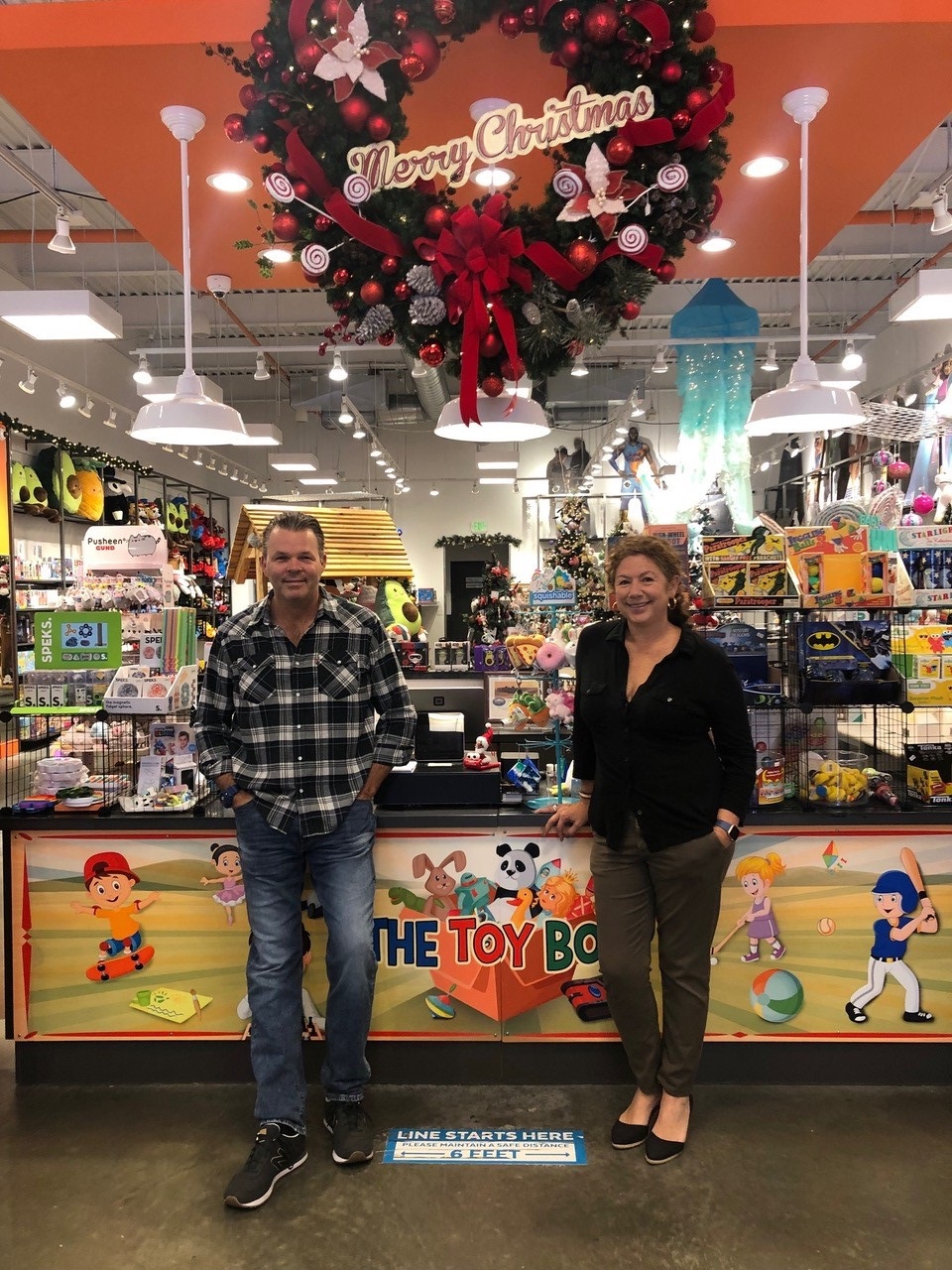 Call it intuition, call it a “sixth sense.” For entrepreneurs Sean and Dolores Sargeant, seizing an opportunity to expand their fast-growing business empire, they opened The Toy Box, a new toy store located in the Outlets at San Clemente.

This 3,200-square-foot wonderland of toys opened on Oct. 1, and features trendy puzzles, retro games, stuffed animals, cars, fire trucks and military airplanes, as well as the latest gizmos and gadgets and holiday decorations.

“We noticed that there wasn’t a toy store anywhere in the area, so we spoke with the team here at the Outlets and found a space that we thought could work,” said Dolores, who along with her husband, Sean, knew nothing about the toy retail business before opening the store, but knew that they could lean on their other business experiences to be successful.

“We had just opened our new jerky store (Jerky & Cali Gifts) here at the Outlets in April, so it all happened really fast,” Dolores continued. “I didn’t want to punch a clock anymore. Both of us decided that we want to work hard for ourselves and were tired of working hard for someone else.”

Dolores first met Sean in 1989, when he was assigned to the Marine Detachment aboard the U.S.S. New Jersey (BB-62) in Long Beach. Soon after, they married and began raising their son, Sean Jr., now 31.

Today, Sean and Dolores own four businesses—three in South Orange County and one in Temecula. Aside from the toy and jerky stores in San Clemente, they own Jerky & Cali Gifts in Dana Point Harbor and Temecula Souvenirs in Temecula.

The new toy store has been a true passion project for the couple, who regularly commute from Riverside County to San Clemente to manage their business.

“We genuinely love making people happy,” said Dolores. “Sean and I don’t look at customers as just a sale. We always take the time to say hello, welcome them to our stores and try to make their experience special.”

Dolores leans on her best friend, Susan Litner, and Litner’s 8-year-old son, Cayden, to help her decide which toys to showcase in the store.

“Susan and Cayden have played a big part in helping us create The Toy Box’s selection,” said Dolores.

For Dolores, those decisions became easier after attending a recent Las Vegas toy convention, where she and Susan met toy industry experts ready to help them succeed.

With four businesses, 13 employees and a hectic seven-day workweek, the couple has gone “all-in” on the small-business owner’s American dream.