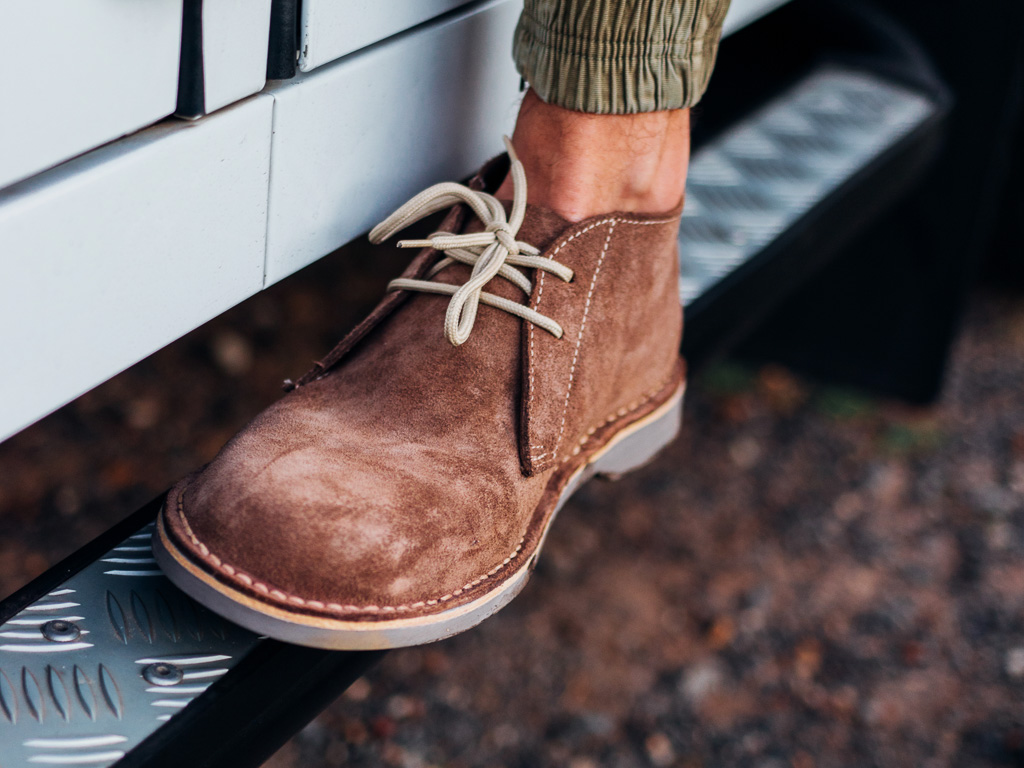 Steve Watts is bringing a new product to San Clemente following the success he and his wife, Angela, have enjoyed since launching Slyde Handboards while partnering with Mark Cuban on the television show Shark Tank.

The new product comes from Steve’s homeland of South Africa. Veldskoen (pronounced FELL-skoons and nicknamed “vellies”) are a durable brand of shoes made from reclaimed cow hides from meat production plants.

Veldskoen shoes were first engineered by the native tribes in South Africa, and Steve said they have about 400 years of recorded history.

“I grew up wearing Vellies every day, so it is truly an honor to bring a part of my culture and heritage to the United States,” Watts said in a press release. “The history behind Veldskoen is unparalleled to any shoe in the world that has been worn by those looking to move…their bodies, their ideas and their hearts.”

The Watts are 50/50 partners with the company that originally launched in South Africa. The shoe is now available in the United States and United Kingdom.

“We have so much experience and connections within California, as well as investors and mentors, and we really wanted to help these guys get a foothold in America,” Steve said. “And it’s so close to my heart.”

According to the press release, the shoes are lightweight and extremely tough, shoes that are able to withstand “the harsh conditions of South Africa’s great migration north.”

Since then, Veldskoen has flourished to become a big part of South African and Namibian culture and styles, the company stated.

Adoptable Pet of the Week: Grayce