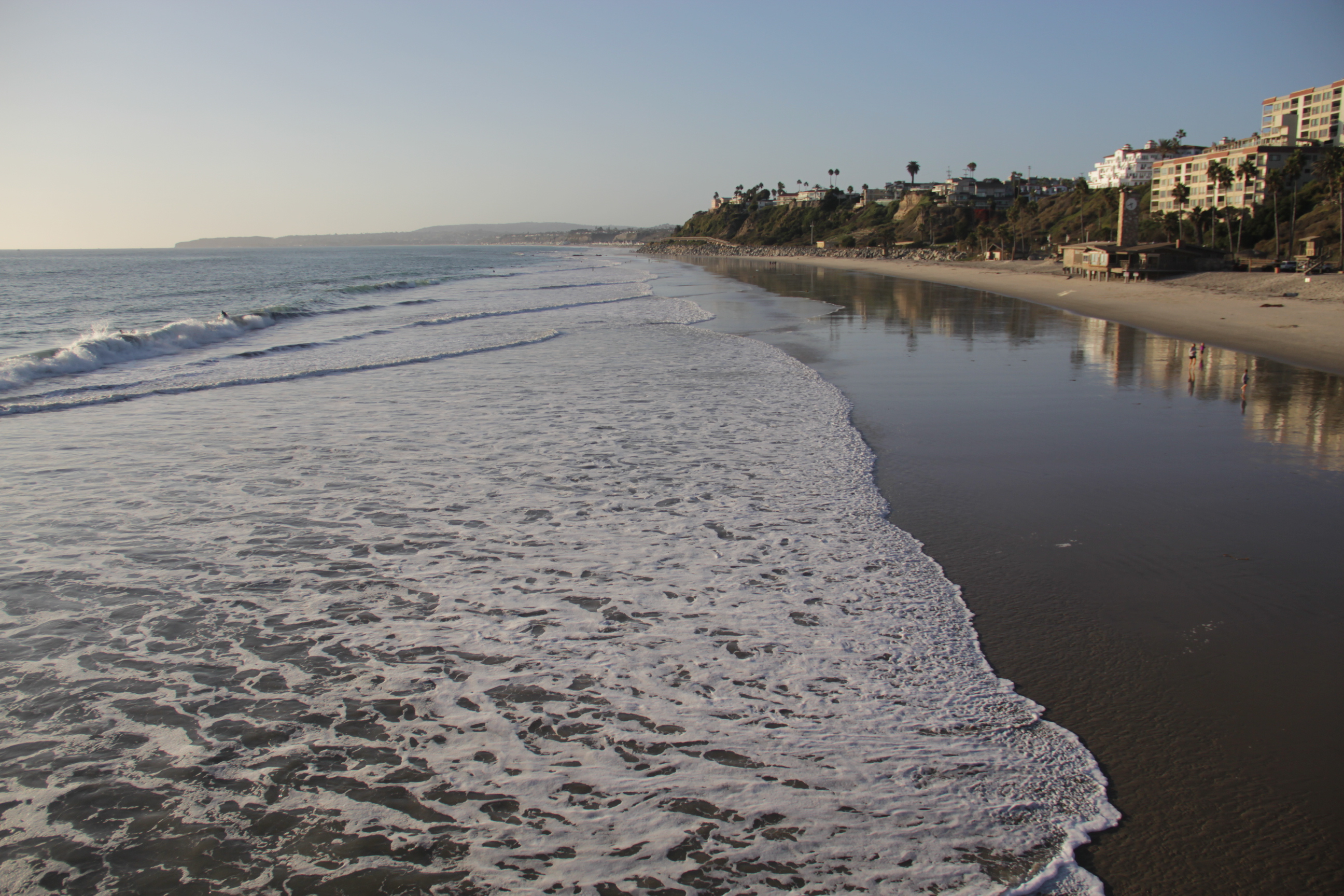 Continuing a recent trend, Surfrider Foundation’s annual report on state beaches in the U.S. gave California an A grade, as the state has led the nation in ocean protection efforts, coastal management policies and sea level-rise planning.

According to the 2020 State of the Beach Report, which surveyed 31 coastal and Great Lakes states, as well as the U.S. territory of Puerto Rico, California earned the highest grade in the country amid a year that saw rising issues related to climate change.

“In addition to leading in ocean protection, (California) remains at the forefront of trailblazing coastal management policies focused on preservation,” the San Clemente-based environmental nonprofit said in the report. “These include the 1976 California Coastal Act, which set the stage for balancing development demands and the need for coastal preservation.”

Stefanie Sekich-Quinn, coastal preservation manager for Surfrider, said the Coastal Act has helped to maintain the beauty of the state’s coastline from overdevelopment, unlike other states back East where communities are built right up to the water’s edge.

“For the most part, our coastline has not been overdeveloped, and that’s because of the Coastal Act,” she said.

Looking at the U.S. as whole, however, roughly three-quarters, or 74% of the states assessed, “are doing a mediocre to poor job of responding to coastal erosion and seal level-rise planning, especially in areas that are most impacted by extreme weather events,” according to the report, released earlier this month.

Surfrider noted that the findings of the report marked another year in which most coastal and Great Lakes states should be doing more to respond to climate change—the impacts of which were particularly felt during the latest wildfire season along the West Coast, where about six million acres of land burned.

“While great strides were made with sea level-rise planning in 2020, the updated State of the Beach Report found that once again most coastal states need to improve coastal management practices and advance better sea level-rise policies,” the reported continued.

Surfrider also said it has seen a trend in states most vulnerable to inclement weather and extreme events such as hurricanes, as they’re the “least prepared” in terms of state policy “to handle coastal erosion and the increasing impacts of climate change.”

States with better grades, however, had enacted strong policies meant to address and plan for sea-level rise, building standards and coastal armoring, as well as prohibiting rebuilding in coastal hazard areas.

According to Sekich-Quinn, the overall issue is twofold.

For example, she said, “Florida has good regulations but then loopholes to get around these regulations.”

“They have this coastal construction line, this arbitrary line, that says you can’t build in front of this; you need to build behind this coastal construction line,” Sekich-Quinn said. “But then they’ve been able to do little pieces of legislation, an exemption if your house was built before this timeline . . . they define different ways to allow homeowners” to build past the line.

On a regional basis, West Coast states, comprising Alaska, California, Oregon and Washington, collectively earned a B grade. Surfrider gave Oregon a B-, and Washington received a B, while Alaska received a D for “fairly poor policies.”

The West Coast states’ grades have remained consistent since 2018, according to Surfrider’s previous reports. California has received an A grade since 2017, when Alaska and Oregon had worse grades—an F and a C-, respectively.

According to the 2020 report, Surfrider credited the state’s Coastal Commission (CCC) for its efforts to protect infrastructure from future coastal erosion and “requiring local communities to look at complicated issues like managed retreat.”

“In 2020, Governor Newsom signed two executive orders to aggressively help the state mitigate and adapt to the climate crisis with an emphasis on using nature-based solutions to combat climate change impacts,” the report added.

Surfrider noted that California’s score on coastal armoring was largely due to the CCC administering emergency permits for seawalls that are meant to be temporary stabilization measures, many of which have become permanent.

“The CCC seems to back away from permit conditions that require the removal of seawalls and rock revetments,” Surfrider said in the report. “Fortunately, California agencies and local municipalities have increased efforts to fund and implement living shorelines and other natural mechanisms as alternatives to seawalls.”

Sekich-Quinn explained that these seawalls are supposed to only be temporary—like a “Band-Aid”—to address coastal erosion, and should eventually be replaced with long-term fixes. However, they’ve instead become permanent fixtures that block the natural flow of sand and sediment to the coast.

Some progressive long-term approaches that should be considered, she said, include managed retreat—a process in which threatened homes are condemned and relocated to preserve the beach—or implementing living shorelines.

As a recommendation, Surfrider, in the report, encouraged the CCC to set “strict time limits” for removing temporary seawalls whenever emergency permitting is offered. The group also said the state should increase its efforts to have natural sediment flow to the coasts.

Those regulations, she noted, didn’t necessarily impact their grades this year, but they are likely to help those states’ grades in next year’s report.

“It was still very encouraging to see eight states double down on primarily sea level-rise planning—just kind of planning for climate change impacts,” she said.

The report also touched on congressional lawmakers’ efforts to counter the federal government’s rollbacks on climate change action by releasing a pair of reports that could potentially become a framework for future legislation.

The federal government’s actions to repeal regulations and funding has been detrimental, Sekich-Quinn said, as states “need federal leadership and support” to address the impacts of climate change.

Initiatives to combat climate change’s impacts are “not just about the grades; it’s about long-lasting healthy communities,” she said. “You can’t make that jump if you’re being stymied by the federal government almost at every level.”

The House Select Committee released its report titled “Solving the Climate Crisis: The Congressional Action Plan for a Clean Energy Economy and a Healthy, Resilient, and Just America.”

Similarly, the Senate Special Committee on the Climate Crisis released its own report, “The Case for Climate Action: Building a Clean Economy for the American People.”

“The House (of Representatives) and Senate are trying to fill the void of the Trump administration really rolling back these regulations and funding,” she said, adding: “Basically, what we see is these two reports will be used in the future to make legislation.”