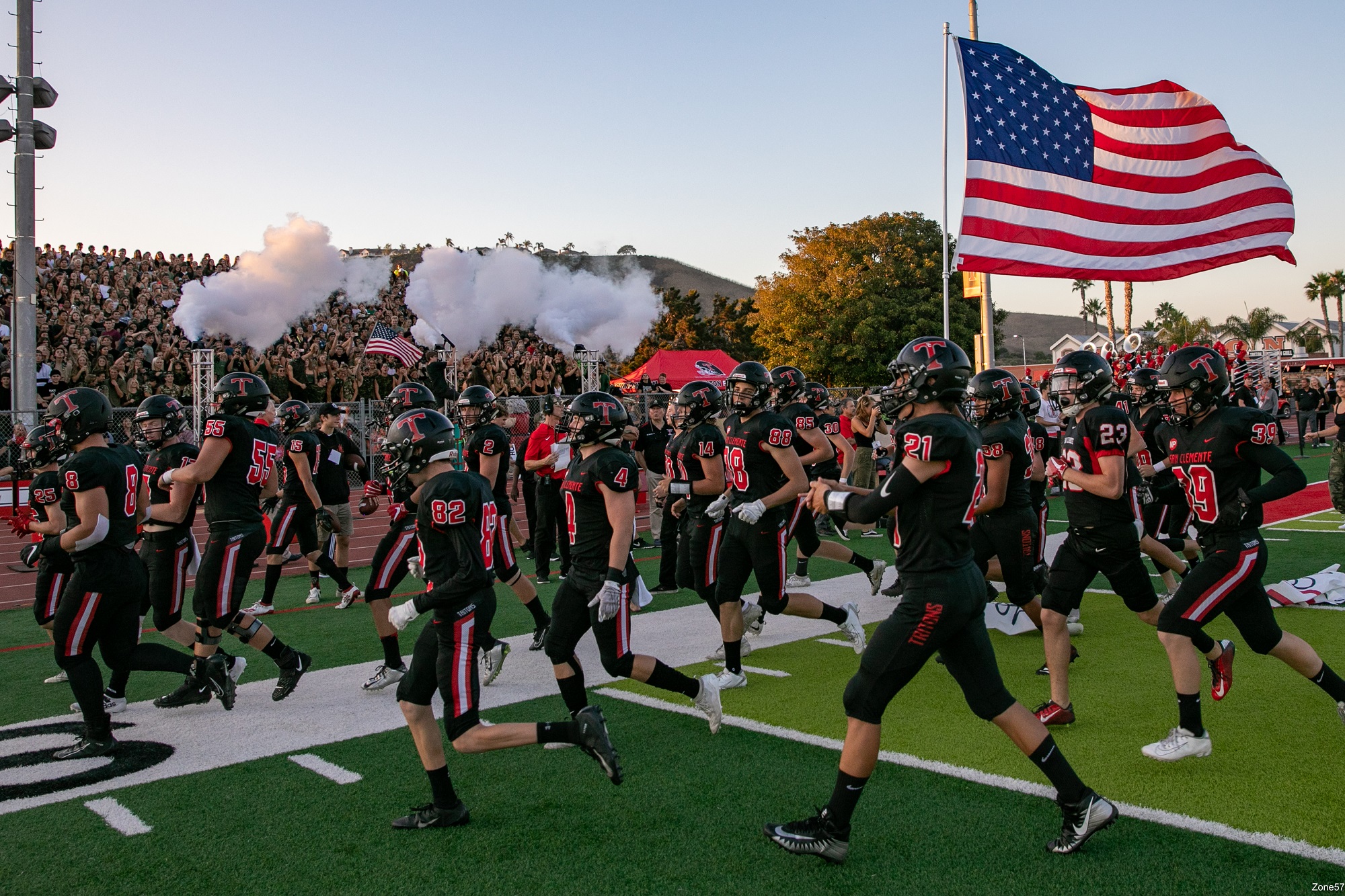 The time has come for San Clemente football to defend its South Coast League championship.

Through the six games of its nonleague schedule, these Tritons (5-1) have proven to be a different group stylistically from the one that last year beat Mission Viejo for the first time since 1999 and won its first South Coast League title since that year.

Where San Clemente last season was led by the offense and yet another NCAA Division 1 quarterback in Brendan Costello, these Tritons have been spurred on by the defense.

In league last season, the Tritons defense locked down to lower its points-allowed to just over 18 points per game. This season, against varying competition, Tesoro has averaged 41.1 points, El Toro 11.2 points, Capistrano Valley 27.1 points and Mission Viejo 40.3 points.

The one deficiency on defense, statistically, from last season to this season is in sacks. In 2018, San Clemente racked up 36 sacks in 12 games, but through six games this season, the Tritons have only 5 ½ sacks.

Offensively, San Clemente is slightly down in all categories from last season, but the Tritons have gotten it done in the big spots.

San Clemente’s league opener against Tesoro at SCHS on Friday, Oct. 4 will be televised as the Fox Sports West Game of the Week.

It’s also homecoming night for the Tritons, so with the television commercial timeouts and the longer halftime, it’ll be a longer night at Thalassa Stadium.

San Clemente will open league with a true test, as Tesoro enters the game at 6-0.

This game will be crucial to the shakedown of the South Coast League. Most peg Mission Viejo to reclaim the league title, and Tesoro has been marked as the strong up-and-comer.

Tesoro has posted a nearly 33-point average margin of victory in its nonleague schedule. However, the Titans’ competition has been against teams in CIF-SS Divisions 4, 9, 10 and 11. Tesoro is in Division 3, and San Clemente is in the Division 1 and 2 grouping.

Each season, the San Clemente and Tesoro football teams lead up to their league contest with the Socks for Heroes charity drive.

To honor the life of Tesoro alum and San Clemente resident Donald Hogan, a Marine lance corporal who died in 2009 by jumping on a detonating IED to protect the rest of his unit while serving in Afghanistan, Hogan’s family set up the Socks for Heroes project.

The two high school communities got involved with the project and created a friendly competition. The schools each raise money to buy socks for Marine and Army units in Afghanistan, Iraq and Syria for the holiday season.

Since the inception of the event, more than 36,000 pairs of socks have been shipped.

To donate to the San Clemente or Tesoro side, visit scmcsg.org/events/triton-titan-sock-drive.

The winner will be announced before the game on Friday.