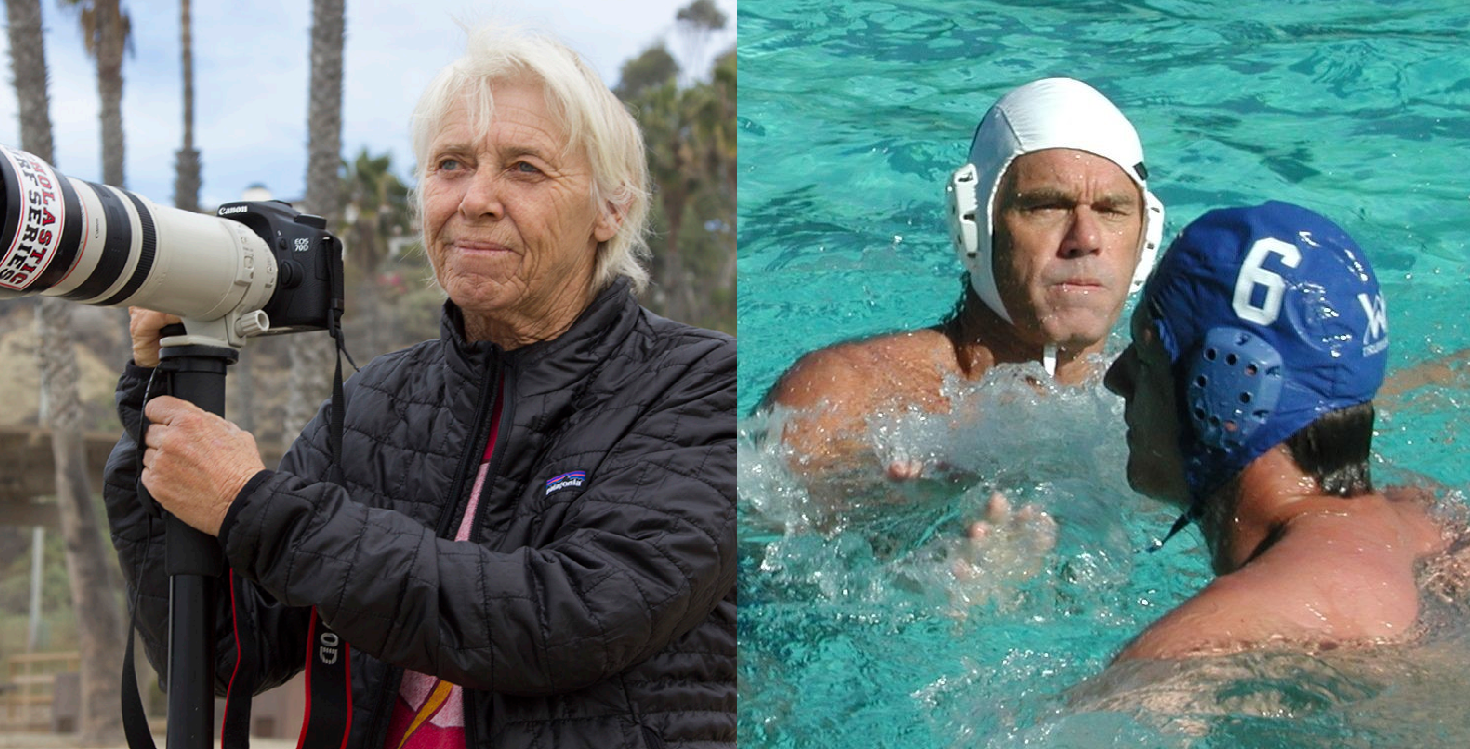 Call to the Wall: Sheri Crummer and Bob Nealy to be Inducted to SC Sports Wall of Fame on Saturday

The seventh annual induction ceremony will held at the San Clemente Aquatics Center at Vista Hermosa Sports Park on Saturday, May 18 at 6:30 p.m. Meet and greet with Crummer begins at 6 p.m. The event is free to the public and is expected to have a large turnout.

Crummer and Nealy, the 23rd and 24th inductees to the wall, were selected by the Friends of San Clemente Foundation in coordination with the San Clemente Sports Wall of Fame Committee.

Crummer got hooked on surfing on the waves of T-Street. She received her first surfboard after her mother traded in golf clubs for the board in 1962. Crummer first competed in a United States Surfing Association event in 1967 and reached the national semifinals in 1969.

Despite learning on a longboard, Crummer made her early in-roads in shortboard competitions in various associations and circuits through the 1970s and into the ’80s.

Crummer’s biggest story didn’t hit until her conversion back to longboard into the ’90s.

In 1999, Crummer was eyeing a national title and the opportunity for a world title when she was involved in a car accident. A doctor told her then that her competitive days were done, but Crummer battled through two years of physical therapy to return to the water.

Crummer today is a professional action sports photographer with an emphasis on surfing. She also co-founded a nonprofit called The Inspire Initiative, which looks to empower women and girls in board sports in a non-competitive environment. Crummer continues to judge surfing contests, is on the board of directors for the Western Surfing Association and builds websites.

Bob Nealy, who will be honored posthumously, chose San Clemente as his home and continued to excel in water polo on an international level into his later years. Nealy died in 2016.

Nealy grew up in Newport Beach and competed in water polo and swimming for Newport Harbor, Orange Coast College and UC Irvine. Nealy was a member of the first-ever water polo team for the Anteaters in 1964. Nealy collected numerous honors over that period, including being named an All-American at every level.

In his youth, Nealy surfed up and down the Orange County coastline, including Cotton’s and Trestles in San Clemente. Nealy eventually came to San Clemente to begin his teaching career at San Clemente High School in 1970 and has stayed in town ever since.

Nealy was also the frosh-soph and junior varsity boys and girls water polo coach at SCHS from 1998-2003.

Nealy also contributed to the surf community in San Clemente as a founder of Surf More Products, Inc., also known as Surf More XM. The business started by making a surf leash out of Velcro from an Air Force life preserver in Nealy’s garage, from his four-year tenure with Air Force Pararescue. Since then, Surf More has made many other innovations, inventions and patents in the surfing and body boarding industry.

Editor’s note: An earlier version of the story characterized Nealy as attending the ceremony and alive. Nealy died in 2016. The story has been updated.