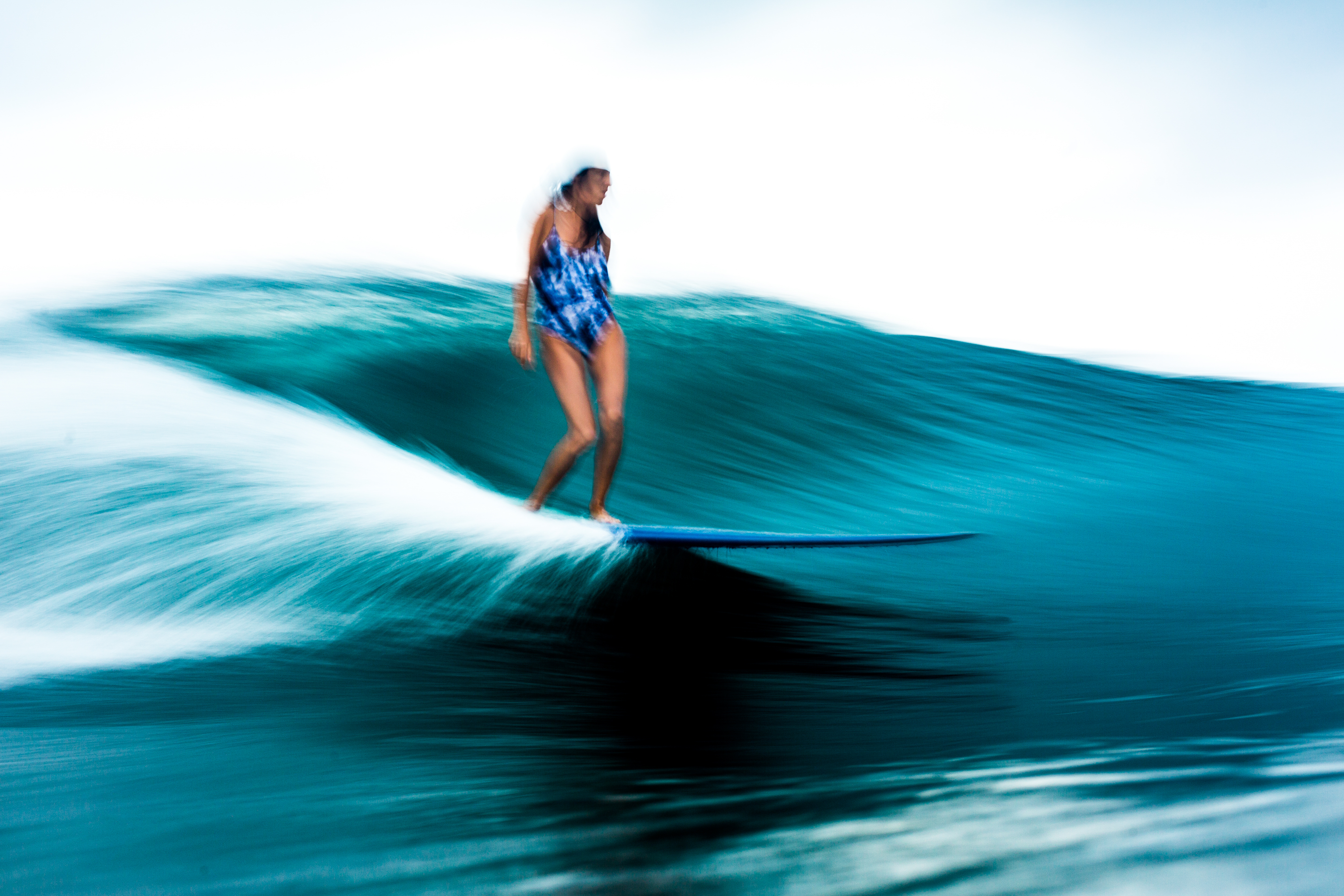 The zone between Dana Point and San Clemente has produced some of surfing’s most revered photographers over the past half-century.

An early publishing hub for the surf magazines, Surfer Magazine initially swooped up the big-name talent, from the iconic imagery of Ron Stoner, to the indelible portraiture of Art Brewer, to the captivating action shots of Tom Servais and Jeff Divine.

Meanwhile, at Surfing Magazine, from 1973 onward, the photo department was the exclusive domain of Larry “Flame” Moore, who turned Salt Creek into his own personal photo studio. With his tack-sharp compositions and dedication to early morning “Larry light,” Flame captured more than 40 cover shots and is responsible for helping countless pro surfing careers get off the ground.

From Martin Potter’s earliest airs, to Christian Fletcher’s punk takeover, to a spry Pat O’Connell, it was Flame who decided who made the mag and who didn’t throughout the 1980s and ’90s.

He also helped foster the talents of emerging photographers. Providing guidance, instruction and support for those he believed in, the masthead of Surfing Magazine was filled with Flame’s protégés.

Sadly, in October 2005, after 30 years at the helm of his beloved magazine, Flame succumbed to a long, hard-fought battle with cancer. After he passed, a group of family and friends formed the Follow the Light Foundation to ensure that his legacy of passionately supporting up-and-coming surf photographers continued.

Providing monetary grants and a platform for exposure for the photographers since its inception, Follow the Light has helped kick-start the careers of modern luminaries such as Chris Burkard, Todd Glaser, Ray Collins and Morgan Maassen.

“It’s not easy to be a surf photographer today, but it’s vitally important to the sport and culture that it continues to be documented and celebrated through photography,” explains Shawn Parkin, photo editor of The Surfer’s Journal and a former Follow the Light grant winner.

In 2019, Follow the Light received nearly 100 submissions from aspiring surf photographers around the world. In the end, it was Nick Green from Hobart, Tasmania, who took top honors. For the effort, he received a cash grant, as well as working opportunities with Vans and the WSL. And just this month, Green released his first photography book.

“Photography is so diverse and always changing. If you are sick of shooting one thing or a certain way, then you can mix it up to keep it fresh,” Green explains. “It’s also led me to the most amazing experiences, introduced me to the greatest people and allowed me to travel; it’s fueled the lifestyle I seek, as well as been a creative outlet for me to pursue.”

The Follow the Light is once again back and looking to celebrate the work of the next great surf photographer. Partnering with the Surfing Heritage and Culture Center, the submission period is now open for the 2020 grant and working opportunity.

And while these are, indeed, challenging times we find ourselves in, for those looking to make their mark in surfing with their camera, it is the perfect moment to dig into those hard drives, search through the archives and put together a portfolio of work.

In keeping with the tradition of Follow the Light, the grant winner will receive a minimum $5,000 award and a working opportunity with supporting brand sponsors. The global competition is open to anyone between the ages of 16 and 25, with the winner selected from a pool of five finalists. The final date for submissions will be June 26.

“The 2019 FTL program has had a profound impact on my career,” Green says.. “I’ve had doors open that I didn’t even know existed, and the support and encouragement I’ve gotten has made me even more committed to doing this thing that I love.”

Grom of the Week: Stone Childress