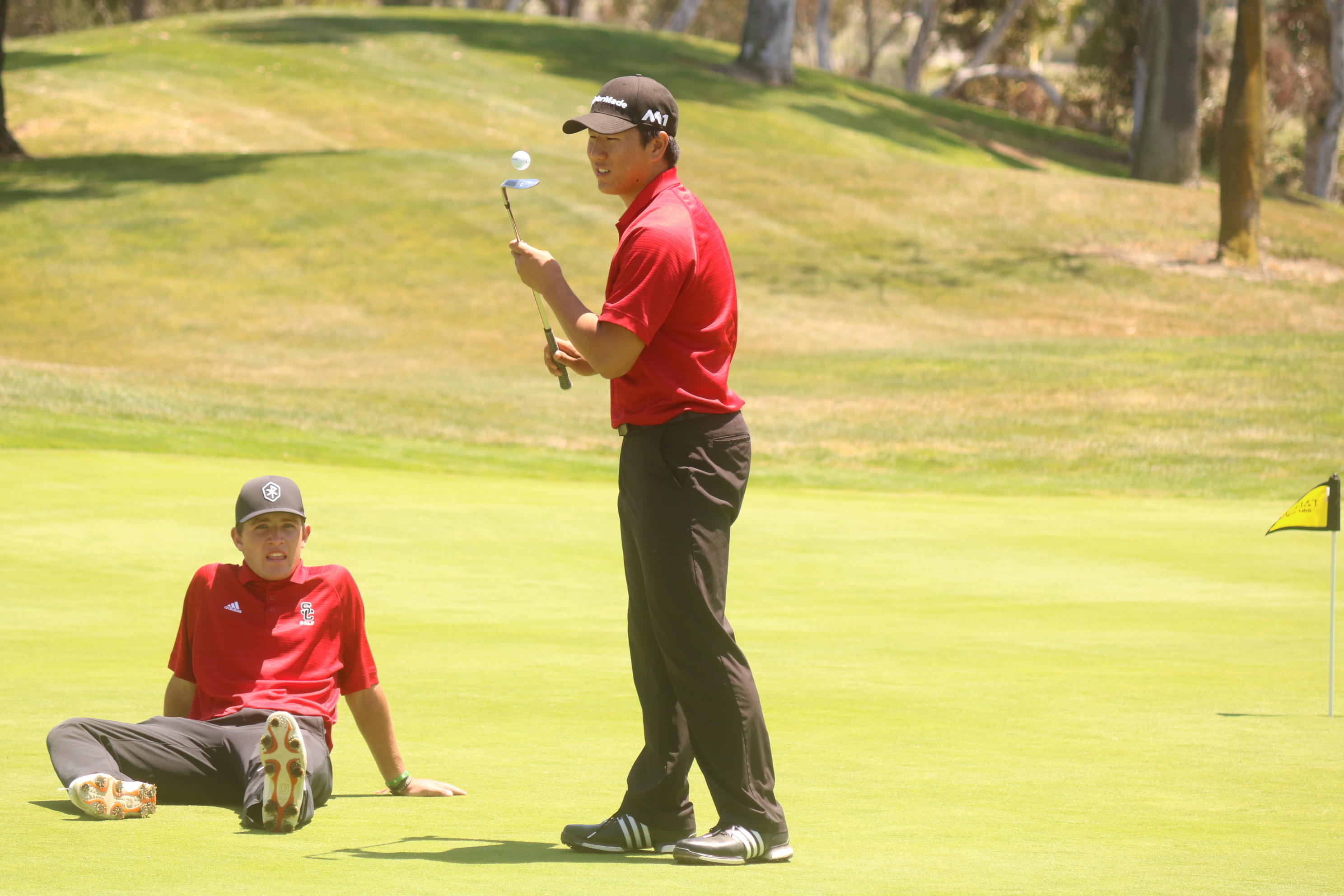 Golf has frequently been called “a good walk spoiled.”

It can be a frustrating, irritating, throw-your-club-in-the-lake kind of sport.

San Clemente junior Alex Pak said he’s never thrown a club. (That makes one of us).

It’s that even-keeled demeanor that has carried Pak to his third straight CIF-SS Individual Championships and SCGA Qualifying Tournament on Thursday, May 17 at Rancho San Marcos Golf Course in Santa Barbara.

“I get frustrated,” Pak said, “but at the end of the day, you have to know frustration’s not going to get you anywhere. I’ll tell myself I’ve hit a bad shot, but that’s about the extent of it.”

Even the best golfers are eventually going to shank a shot into the rough and have to play out of a divot, behind a tree or in a bunker. The better golfers, like Pak, are able to keep it together and play out of anywhere to salvage a hole.

“He’s got every shot available in his bag,” San Clemente coach Marc Parker said. “If he does get himself into a tight situation, he’s able to usually come out with it and save himself quite a few strokes where most golfers in high school aren’t able to do that.”

Pak’s game has been molded by growing up in golf-course-filled San Clemente. He took to golf at around four or five years old and practices regularly at Shorecliffs Golf Club.

“It’s not the longest course, but you’ve got to have a good short game around there,” Pak said. “You’ve got to be able to play from bad lies. That’s really helped me. Playing there every day, I know how to feel uncomfortable. I know what to expect.”

Parker praised Pak’s course management this season, and Pak’s ability there was showcased at the CIF-SS Southern Individual Regional on May 7 where he shot a five-under-par 67 for a second-place finish.

“I played clean golf,” Pak said. “It wasn’t anything spectacular, really. Didn’t make any mistakes, hit fairways and greens and made some putts out there.”

While he struggled with a six-over 78 at the CIF-SS South Coast Divisional team championships at Talega Golf Club on May 15, Pak is looking to hit that clean mark again in hopes of qualifying for his third straight regional state qualifier with a top-28 showing on Thursday.

“When I’m on, just like last week, my game is always in good shape,” Pak said. “It’s just a matter of can I avoid the mistakes, can I avoid the big numbers because that’s what really kills me. I know I can make birdies out there.”

Pak shot a three-over 74 in the event last season to qualify and again embraces the tough conditions of a windy Rancho San Marcos.

“I love shaping shots, hitting it low, hitting it high,” Pak said. “That really suits me in the wind. When other players may be struggling, I look forward to that challenge because I know I can deal with it.”

Those are the words of someone whose walks could never be spoiled.