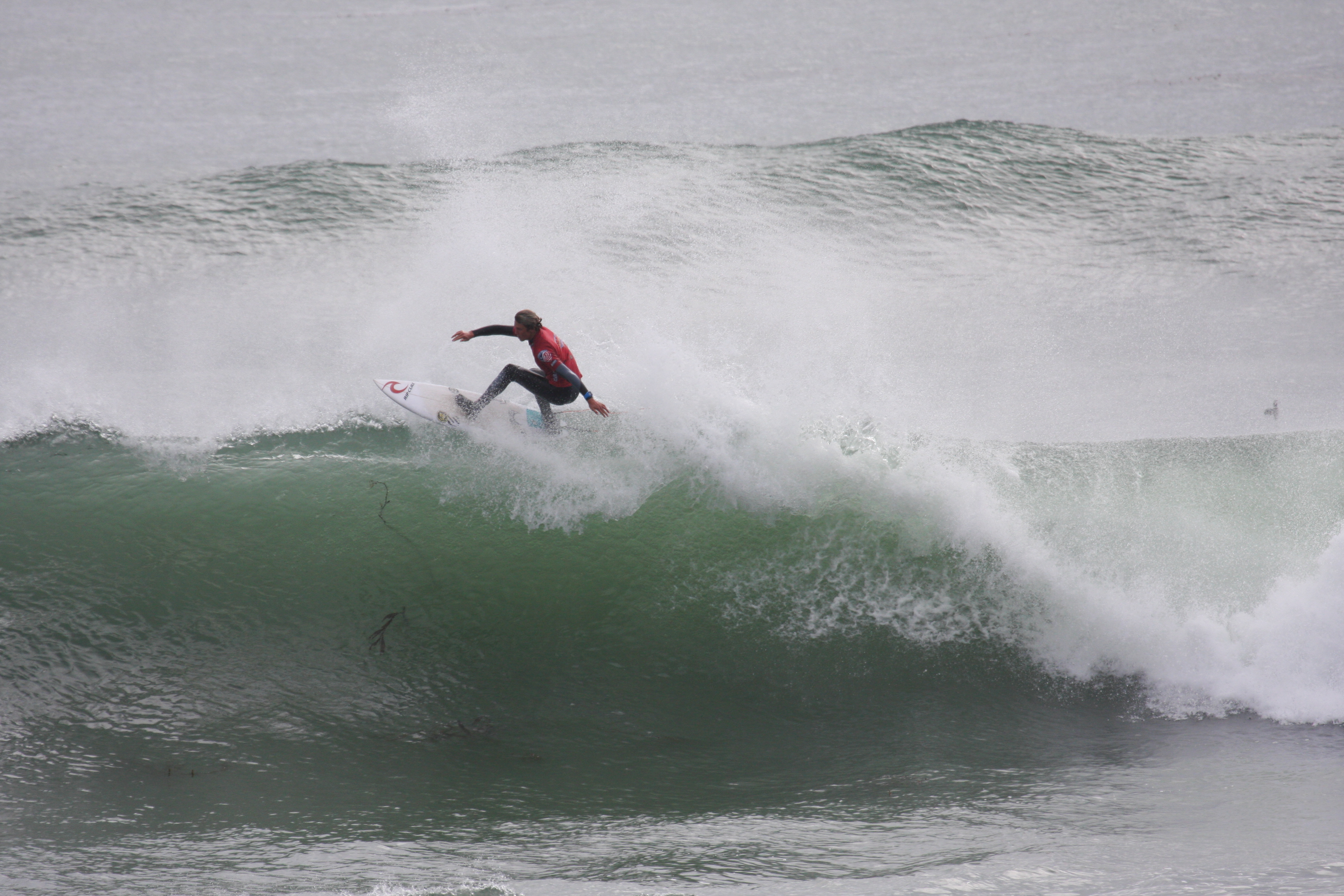 Campaign at the Lane: Local Surfers Take 8 of 20 Podium Spots at Surfing America Prime in Santa Cruz at Steamer Lane

San Clemente-based surfers brought home nearly half of the trophies awarded in Santa Cruz at Steamer Lane over the weekend of Jan. 9 and 10, event No. 4 of the Surfing America Prime series.

In a swell that brought waves in the 6- to 10-foot-plus range, Prime competitors were challenged by difficult paddle-ins and punishingly strong currents, especially on Sunday when the biggest waves of the competition arrived and eight of the 20 trophies awarded were brought home to San Clemente.

Although no local surfers were able to hang on to the final in Boys U18, San Clemente’s Cole Houshmand and Kei Kobayashi just missed the trophy round, with respective third- and fourth-place finishes in the semis. Nolan Rapoza of Long Beach won the division with a 13.44 heat total, the highest score of all division finals.

San Clemente talent was dominant in the Boys U16 division, with double finalist Kade Matson taking the win, followed by Cole Houshmand in second and Crosby Colapinto in fourth.

Matson’s second podium appearance was made in the Boys U14 division, turning in a third-place performance. Jett Schilling (San Clemente) took fourth in Boys U14.

Although the Lane was providing a variety of choices with both the slot and second peak working, as the contest went on, high scoring, high wave count heats gave way to many heat scores failing to break double digits. As the swell continued to build and the strengthening current began taking its toll on the surfers’ stamina, the talent and determination of the competitors continued to peak.

“For how difficult the conditions were, I thought everyone did great,” said Surfing America Team USA head coach and contest announcer Ryan Simmons. “The waves were really difficult, with strong currents, tricky takeoffs and a surge that most of them aren’t used to. The winners were able to find the best waves and also surf at a high level, matching performance with positioning and the ever-important element of luck.”

The Surfing America Prime series continues with event No. 5, Feb. 6 and 7 at Seaside Reef in Encinitas.