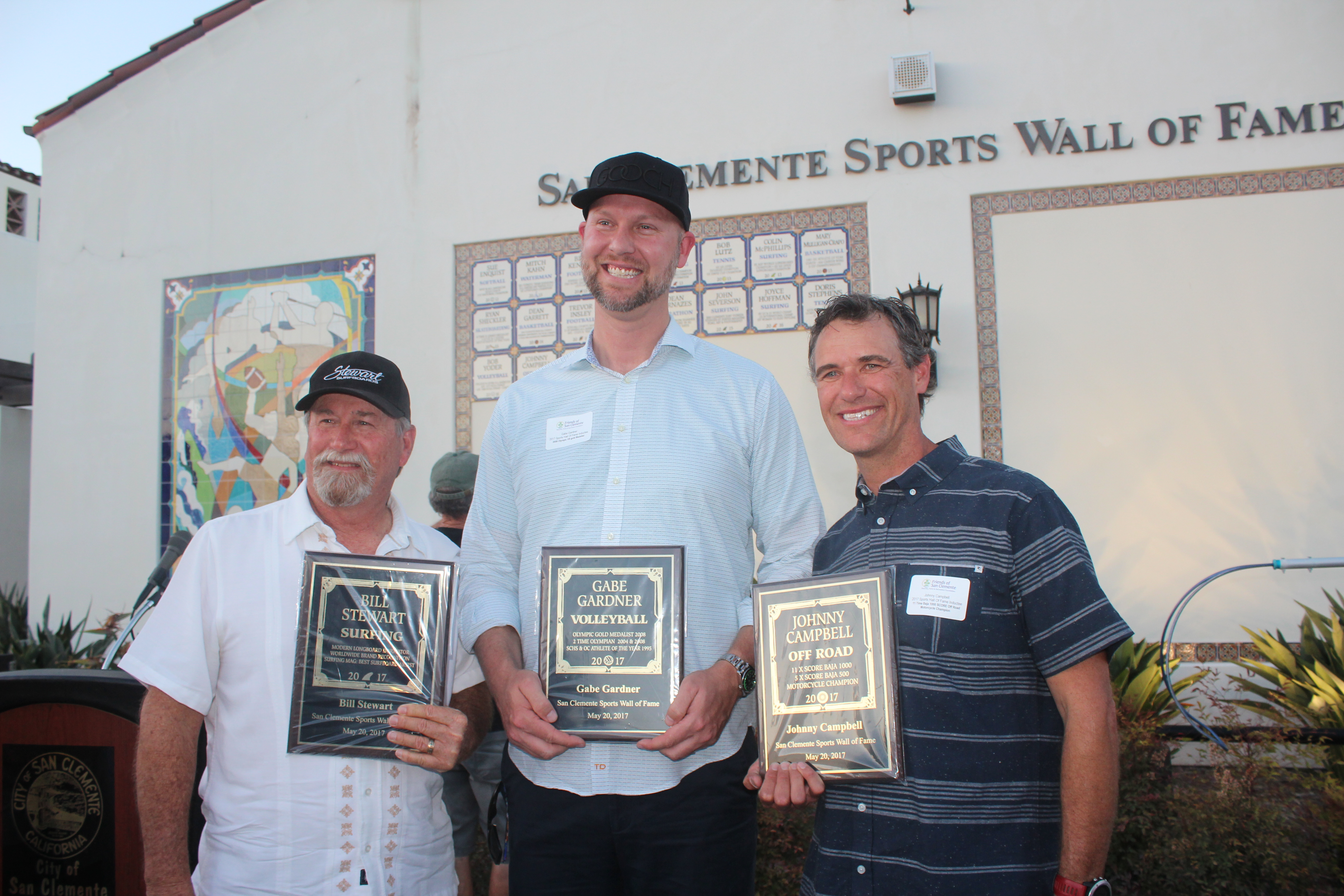 Members of the Friends of San Clemente Foundation’s Sports Wall of Fame pose with members of the selection committee during a ceremony at Vista Hermosa Aquatics Center. Photo: Steve Breazeale

The Friends of San Clemente Foundation inducted three new members into its Sports Wall of Fame during a ceremony at the Vista Hermosa Aquatics Center on May 20, highlighting a wide range of athletic disciplines.

Campbell, who grew up riding dirt bikes around the old tomato fields of San Clemente, reached the pinnacle of his sport by dominating at the SCORE Baja race in Mexico. After learning the ropes of the desert race that sends riders on a wild, sometimes dangerous ride across the rugged Mexican terrain for several years, Campbell broke through for his first Baja 1000 win in 1997. He went on to win the event nine consecutive times. He picked up two more wins in the Baja 1000 in 2007 and 2008 to bring his career win total in the Baja 1000 to 11, which is a record that stands today.

Gardner’s career looms large over the volleyball community in town, and not just because of his 6-foot-9-inch frame.

Gardner was a three-sport standout at San Clemente High School, playing water polo, basketball and volleyball for the Tritons. He was named the SCHS and Orange County Athlete of the Year his senior year, and went on to play for Stanford University.

“All throughout my career I loved telling people where I was from,” Gardner said in his acceptance speech. “I loved saying I was from San Clemente.”

A transplant from Bowling Green, Kentucky, Stewart’s unique and innovative surfboard designs and artwork have earned him legendary status in San Clemente.

Over the last 40 years, Stewart says he has personally shaped 40,000 boards, and his production team at Stewart Surfboards has produced over 100,000. Stewart developed the famous Hydro Hull design in the mid-1980s, and is known for being one of the first shapers to airbrush his creative designs onto surfboards.

Campbell, Gardner and Stewart bring the Wall of Fame’s membership total up to 20.