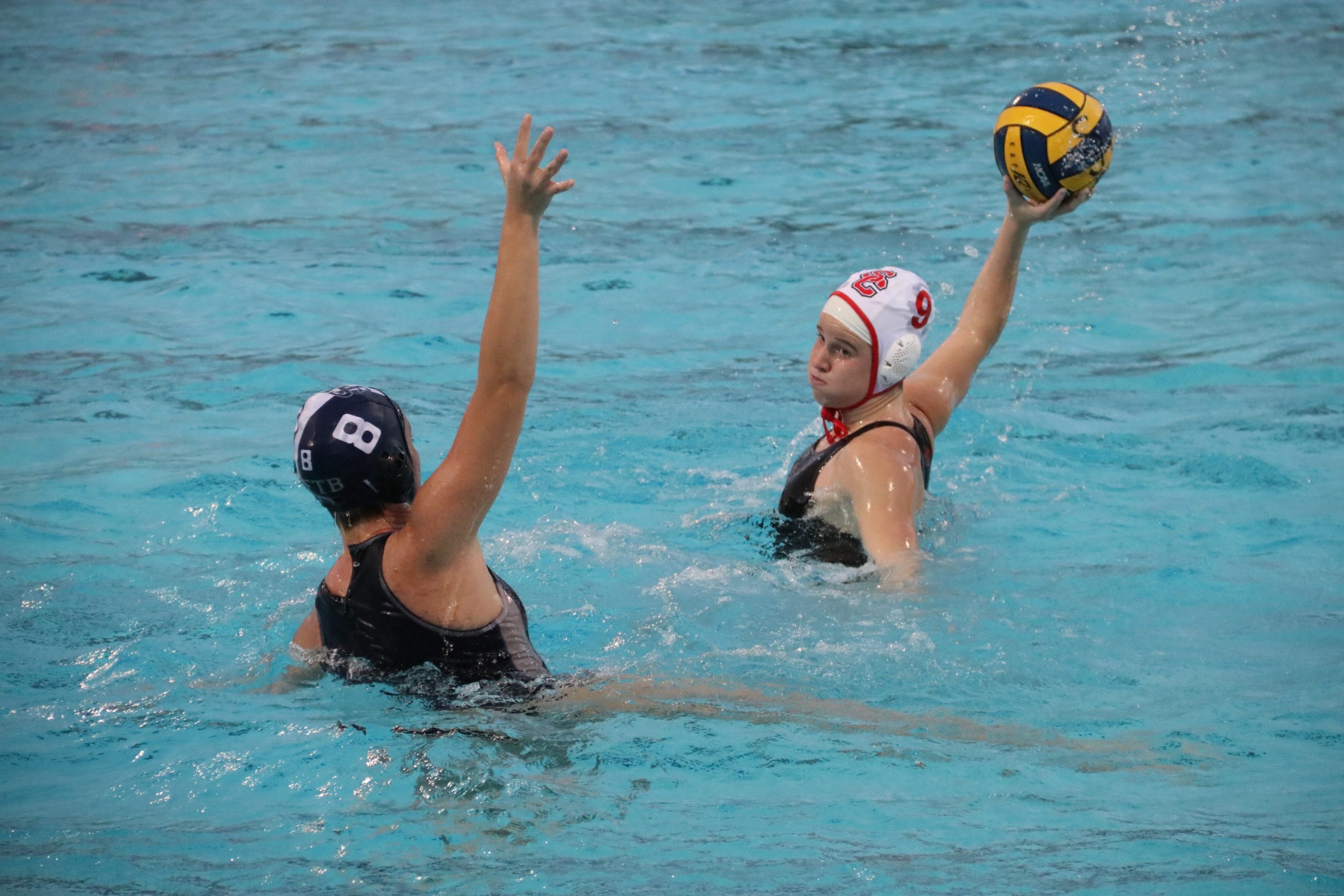 The San Clemente girls water polo team scored 16 goals in a South Coast League win at San Juan Hills on Tuesday, Jan. 18, and that would be considered a slow day for the Tritons so far in league play.

San Clemente received its stiffest challenge yet in the South Coast League, as San Juan Hills played a physical game and responded to Triton challenges time and time again through three quarters. However, San Clemente could only be slowed down, not stopped, in the 16-8 win over the Stallions.

“I fully anticipated this San Juan team to be physical, and they did not disappoint,” San Clemente head coach Ikaika Aki said. “It’s definitely something we’ve discussed in our group meetings to get stronger with. Our losses earlier in the season all came with that same level of physicality. I think we’ve gotten better, but that certainly was not a representation of the work that we’ve put in.”

Against San Juan Hills, San Clemente led, 3-1, after one quarter, but through the next two quarters, every time it looked as if the Tritons were ready to distance themselves, the Stallions struck back with back-to-back goals. San Juan Hills kept itself in contention at halftime, 7-4, and after three quarters, 9-6.

Over the course of this seven-game winning streak and perfect league start, games like this are important to push San Clemente ahead of its run in the CIF-SS Division 1 playoffs, especially as the Tritons lost out on tournament opportunities such as the Holiday Cup and in Santa Barbara. The Tritons are ranked No. 16 in Division 1, and San Juan Hills is ranked No. 2 in Division 2.

“We’re not as battle-tested as we ordinarily would be throughout the season,” Aki said. “I know we (San Clemente and San Juan Hills) were supposed to be in some of the same tournaments together. I think that battle-hardenedness, we need to find some games like that that are going to keep us hungry.”

Courtney is now the fifth Triton to enter double digits in the goals column this season, along with leading goal-scorer Batchelor, Hawbecker and DeMoss. Courtney is the assists leader for the Tritons, as well.

The stats all showcase San Clemente as a balanced group that excels with quick, decisive and spread-out ball movement.

“We’re generally a very unselfish team,” Aki said. “At any time, you notice a bunch of people scoring. Sometimes, there might be somebody that scores five or something like that, but in general, the next game maybe it’s a different person that scores five.”

San Clemente next hosts El Toro on Thursday, Jan. 20, and Tesoro on Tuesday, Jan. 25. The Tritons play at Dana Hills on Jan. 31 before ending the season at home against San Juan Hills on Feb. 2.