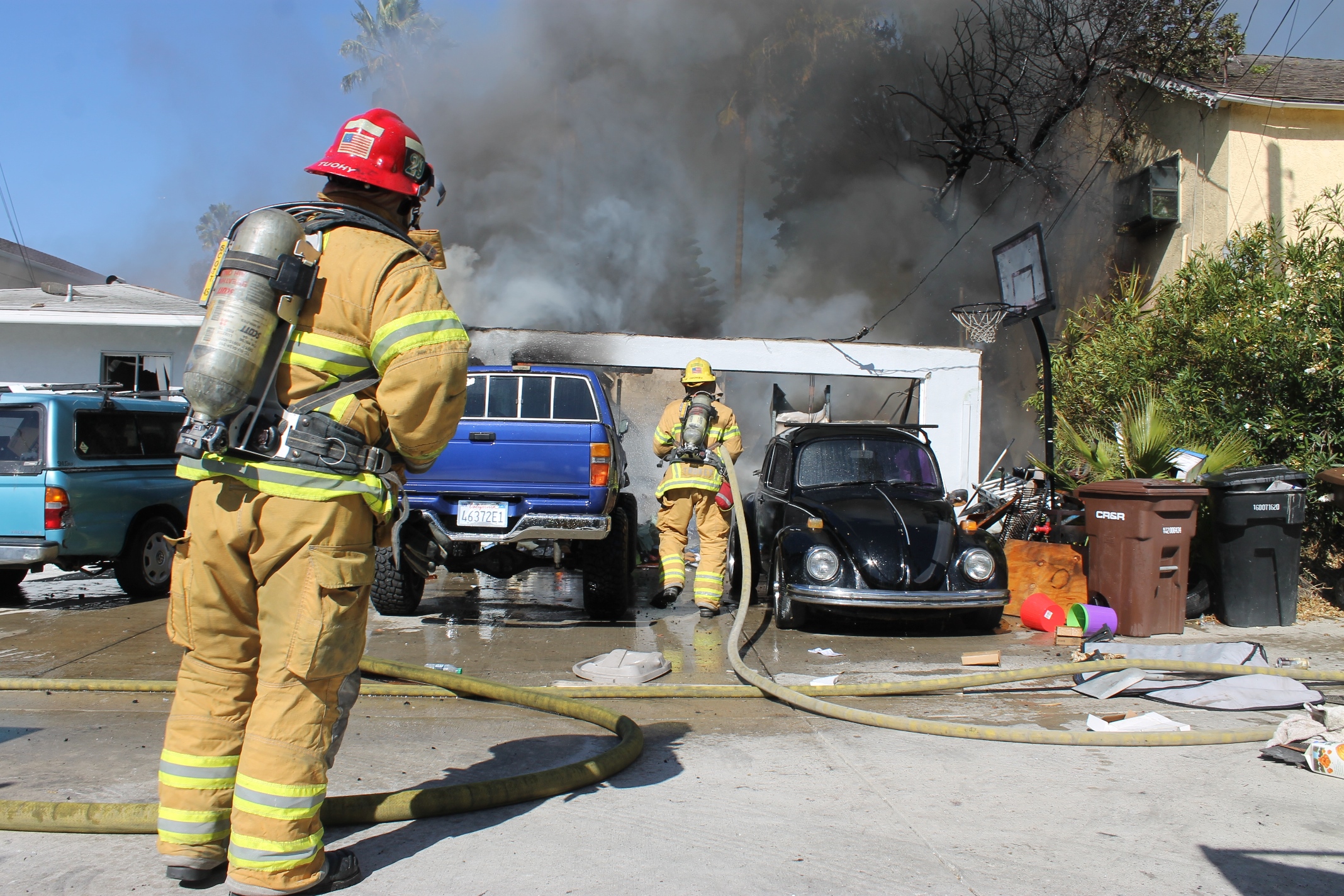 A loud blast sent debris into the air and people rushing out to the street Tuesday afternoon as a Capistrano Beach home became engulfed in flames.

Three structures were affected by the blaze and a 31-year-old man was transported to the burn unit at Western Medical Center in Santa Ana, according to Orange County Fire Authority spokesman Steve Concialdi. The man is said to be in critical condition.

Within 30 seconds of the booming sound, black smoke and flames towered above the single-family home, near the corner of Vista del Mar and Calle del Sol, and people nearby rushed into the home and neighboring properties yelling for occupants to get out.

“We felt an explosion that shook the whole house underneath us,” said Eddie Edwards, who lives nearby on Camino Capistrano. “Immediately, we saw black smoke, ran down the alley, kicked the gate in and ran in to make sure nobody was in the house next to it.”

At noon, OCFA received multiple calls about a large explosion on the 28500 block of Vista del Mar, Concialdi said. The OCFA sent approximately 70 firefighters to the two-alarm blaze. When firefighters arrived, the garage door had been blown off and was in the alley across the street, Concialdi said.

No details have been given as to the cause of the fire, but Concialdi confirmed propane and butane bottles were found on the property.

Next door neighbor Ashley Link was inside her two-story duplex when she heard the explosion.

“We just got a dishwasher delivered. We were unpacking it … and all of a sudden we heard a big explosion,” Link said. “All of our windows broke from the explosion, our bedroom door popped open. We look over and our next door neighbor’s garage had just exploded.”

Link, who lives in the duplex with her grandmother, mother and fiancé, said everyone in her residence got out without issue. She said a family of seven, including four children, lives in the home.  The children were at school, she said, and only one person was in the home at the time of the explosion, who she claimed had been taken away by ambulance.

She added that the family owns a Hawaiian catering business. Concialdi confirmed this detail.

Small, continuous popping noises were heard coming from the residence as the fire blazed, and windows of area businesses and residences shattered from the blast.

“It was really scary,” Link said. “I literally though my house was going to fall down on me.”

Concialdi said as of 12:54 p.m. the flames were deemed “knocked down.” While the fire was under control, white smoke continued to rise from the burnt structure after. The cause of the fire is still under investigation.