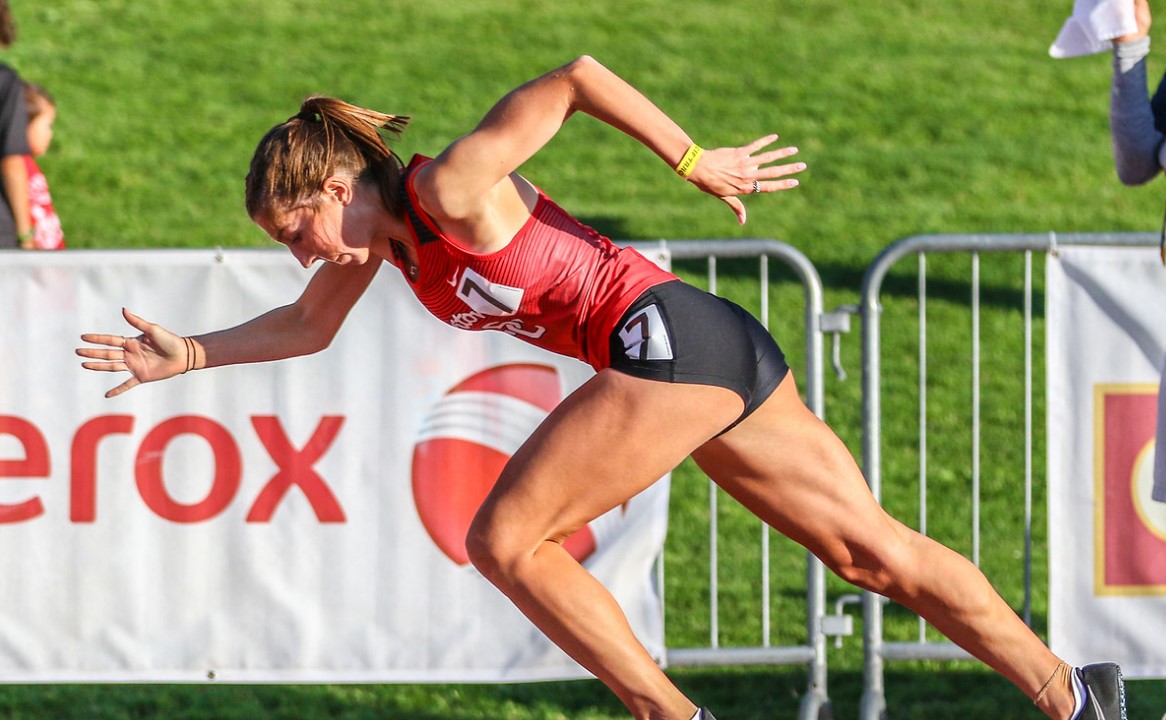 San Clemente star sprinter Caroline Hawkes wrapped up her Triton career with verve at the 102nd CIF State Track and Field Championships on Saturday, May 28, at Buchanan High School in Clovis.

Hawkes, a senior, ended her high school running career on the podium in the girls 400-meter final with a fourth-place finish to claim one of the top-six medals. Hawkes was clocked at 55.47 seconds, which was more than a second behind the first-place finisher and state leader, Takiya Cenci of Clovis North, who won the event at 54.01 seconds.

Aujane Luckey of Long Beach Wilson finished second at 54.90 seconds, and Maya Shinnick of Glendora finished third at 55 seconds even.

Hawkes had been extremely consistent in the event all season with sub-56-second times in all but two of her 11 runs in the 400 this spring. The Montana State-bound sprinter posted her personal-record clocking on April 16 with a time of of 55.20 seconds at the Mt. SAC Relays.

In the state preliminaries on Friday, May 27, at Buchanan High School, Hawkes finished third in her heat at 55.48 seconds and fifth overall to qualify for Saturday’s state finals. The three heat winners and the next six best times advanced to the final.

This season, Hawkes also won titles in the 200-meter sprint with a win at the Orange County Championships and the Sea View League Finals. Hawkes finished sixth in the event at the CIF-SS Division 1 Finals and did not qualify for the Masters. Hawkes won 11 of her 14 runs in the 200 this season, and also set her personal record in the event at the Mt. SAC Relays with a wind-aided time of 24.37 seconds.

The senior also won a league title in the girls 4×100-meter relay, but the Triton team did not advance out of the CIF-SS preliminaries.

Dana Hills senior Jai Dawson was the only other local athlete to find the state podium, with a second-place finish in the boys 800-meter run. The New Zealand native was clocked at 1:51.28.