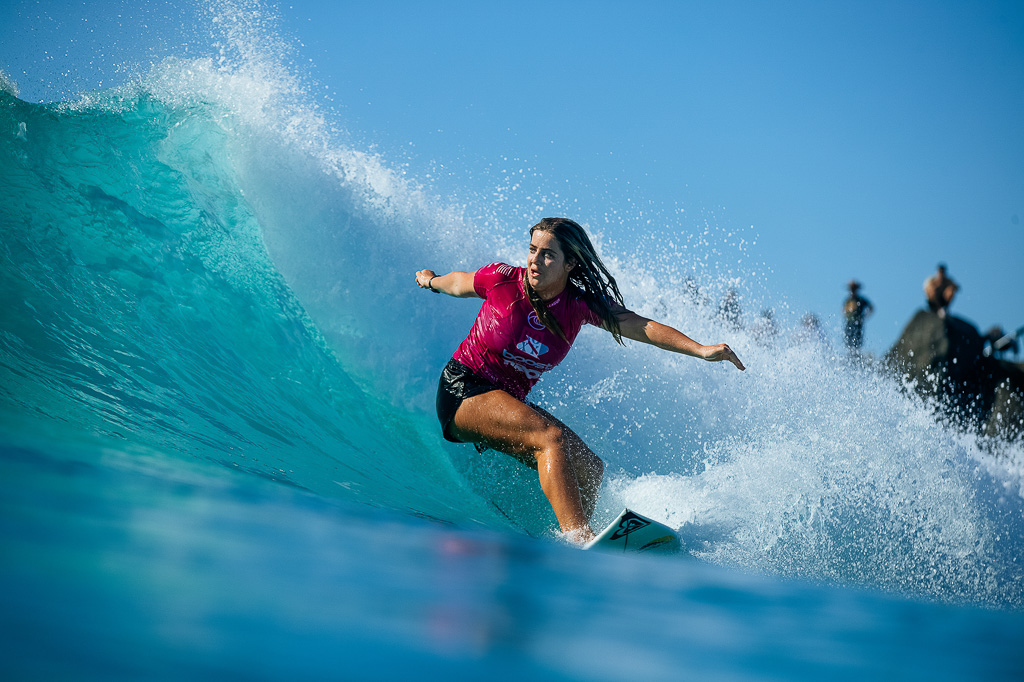 Seventeen-year-old surfer and San Clemente resident Caroline Marks has earned a spot on the first U.S. Olympic Surfing Team, which will compete in the 2020 Summer Games in Tokyo next July.

Marks and Hawaiian surfer Carissa Moore will make up the two-person women’s team in the sport’s Olympic debut, joining San Clemente’s Kolohe Andino, who has clinched one of two spots on the U.S. men’s team.

Moore and Marks qualified for the Olympics by finishing the season ranked 1-2 in the women’s World Surf League’s Championships Tour. Moore advanced to the semifinals of the season-ending Maui Pro event last weekend to protect her spot and win her fourth world title; Marks advanced to the quarterfinals in Maui to clinch her spot.

Marks, who was born in Florida but moved with her family to San Clemente five years ago, became the youngest surfer at age 15 to qualify for the WSL women’s Championships Tour in 2017.

“She honed her explosive attack in Melbourne Beach, Florida, while trying hard to keep up with her mildly abusive older brothers,” the WSL said of the young athlete. “They pushed her to surf harder, faster, stronger, and as tough as it was at times, she credits them for her grittiness, determination and the diversity of her repertoire.”  Marks had an average heat score this season of 12.57 out of 26 heat wins and an average wave score of 4.17, according to the WSL.

Randall Youngman contributed to this story.