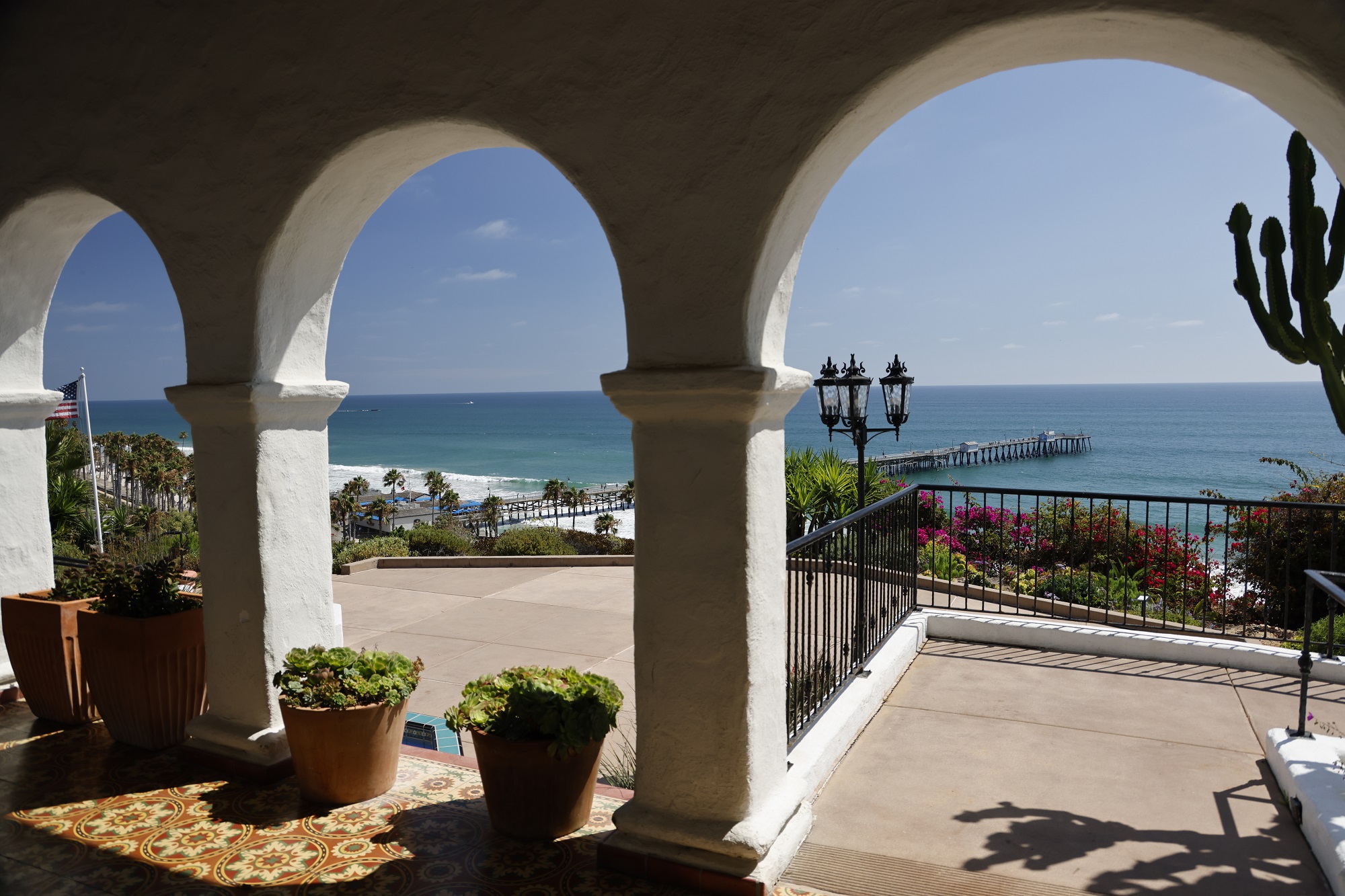 As the saying goes, “Art is food for the soul”—and here in San Clemente, no other place illustrates that better than Casa Romantica.

A 1927 historical landmark and major cultural institution in South Orange County, Casa Romantica Cultural Center and Gardens is a place for people of all ages to enjoy the arts, culture and rich history of Southern California.

“Life without art and life without history leaves so much meaning to be desired,” says Casa Romantica Executive Director Amy Behrens. “We really bring that to people’s lives, and I think that’s why people treasure Casa Romantica so much.”

Celebrating its 95th anniversary this year, the center offers year-round programming in music, history, theater, horticulture, literature and more, and it has announced its upcoming fall and winter programming for the 2022-2023 season called “Casa Captivating.”

According to Behrens, the home is the epitome of Spanish Colonial Revival style and became the model for which the rest of the city of San Clemente was patterned.

Open to the public since 2003, the nonprofit cultural center has public hours six days a week and private classes for members on Mondays. All week long, Casa Romantica is busy with a wide variety of events that covers all facets of the arts, from painting and gardening classes, to book clubs and live music performances.

In honor of Casa Romantica’s 95th anniversary, they will be hosting the “D. Yoder Family Sundays” events on the first Sunday of every month from 10 a.m.-2 p.m. beginning on Labor Day weekend in September. Admission is free, and Casa Romantica will have a variety of creative activities and performances based thematically on the programming and bring in youth and community performers to offer them a performance venue.

Also, the third Friday of every month is a coffee concert series in which Casa Romantica partners with High Tide Coffee in North Beach to bring craft coffee and a live acoustic performance with local musicians. These concerts are free with general admission.

With the yearly programming, visitors can expect several events that stand alone as part of a broader series, such as the classical music series, theater, classes and workshops, as well as series that fit into a set of four particular themes.

In 2021, Casa Romantica introduced a concept called “connections”—a group of events that revolves around a particular theme—to their programming.

For the upcoming 2022-2023 season, all of the connection themes speak to Casa Romantica’s mission to bring history and art together—one of which is “Endless Summer,” a tribute to surf culture and its importance in Southern California. San Clemente is anchored by surf culture, and its influence has shaped the popularity of surfing in California, Behrens notes.

For this theme, Casa Romantica will also host “Woody and the Longboards”—one of the top-rated Beach Boys tribute bands. Another concert event called “Casa Vibes” will have a surf rock band and is intended to attract Millennials and Gen Zs.

From September to November, Casa Romantica will have an exhibition on view by three unique artists representing surf culture and the oceans. Additionally, there will be a series of lectures with the San Clemente Lifeguard Foundation about the history of lifeguarding in San Clemente and Southern California.

The next connection theme, Vietnamese American stories, will take place in the new year.

From toddlers to people in their 90s, there are programs and event series for everyone, including a variety of education programs for children year-round.

According to Behrens, the team at Casa Romantica hopes to see more families utilizing this resource for children, in particular, as it is a great weekend outing and place to spend a couple of hours.

“We really do everything that we can to make children’s programming accessible, because it’s really a basic need to have access to the arts, and access to history, beginning at a young age,” says Behrens.

During a visit in public hours, for instance, parents can explore self-guided tours, and children are given rent-free backpacks that teach them about the history of Casa Romantica, as well as an art form, such as painting, mosaics, or photography.

Also, there is a children’s concert series that is expanding this year, which is held every other month on a Saturday morning and is free of charge, like all of their arts education events for kids.

While most children’s events are free, except for the class series, families with memberships to Casa Romantica have discounts on nearly every event that is otherwise full price. With an annual membership, add-ons include weekly yoga and ballet classes, access to sunset hours, as well as live music or beer or wine tastings that are exclusively for members.

Information regarding memberships, event schedules and other information can be found at Casa Romantica’s website, casaromantica.org.