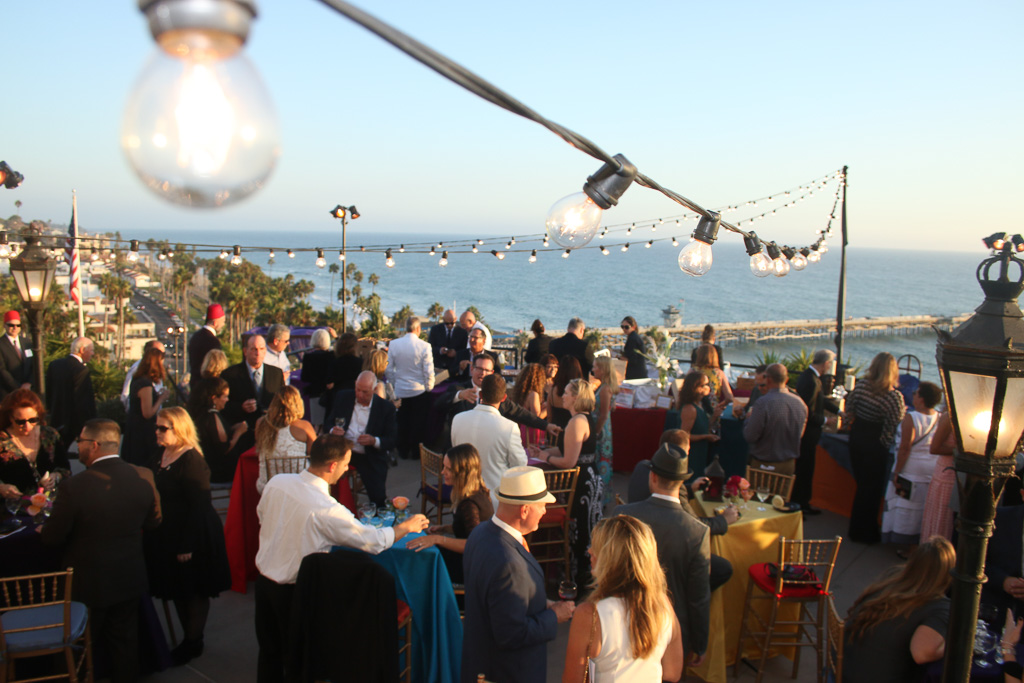 Casa Romantica Cultural Center and Gardens this weekend is set to host its 19th annual Toast to the Casa fundraising gala, which is organized to support the nonprofit’s efforts in providing cultural and educational programs, as well as preserve the local landmark.

This year’s event, entitled “Adventure Awaits,” will take guests on Saturday, Sept. 19, around the world “through the magic and glamour of mid-century air travel, visiting exotic world destinations featuring cuisine, exhibitions and performances,” the center explained.

The gala’s honorary chairs for 2021 are Jean and Linda Stern, who the Casa described as icons in the California art community.

Jean, the Casa explained, is “a nationally recognized authority on California Impressionism,” and “has extensive experience as an author, curator, lecturer, and teacher, and was the founding and sole director of The Irvine Museum.”

Linda is currently a member of the California Art Club who volunteers with the Heritage Pointe Senior Center, previously served as the Jewish Community Foundation’s director and board member, and is serving on the Historical Collections Council of California, which distributes grants for art education and restoration projects to the state’s museums.

Both Jean and Linda are passionate about philanthropy, having engaged in a long history of community service in Orange County, according to the Casa.

The Casa’s annual fundraising gala helps the local nonprofit host its plethora of programs, including exhibitions, lectures, concerts and performances, as well as horticulture and educational activities.

The event also comes as the Casa prepares to launch its 2021-2022 season calendar that incorporates brand-new thematic Connections programming—an initiative in which events will be clustered to follow specific themes throughout the year.

“Casa Romantica elevates the caliber of our cultural programming year after year,” Casa Executive Director Amy Behrens said in a press release. “With Connections, we aim to show the rich cultural diversity of Southern California and share these experiences with our community.”

Such themes for the upcoming 2021-2022 season will include Beyond Bollywoood (running from October through November); Celebrating Chinese Year (January-March); The People’s Poetry: Contemporary Dance and Music (April-May); and Art in the Gardens (from May-July).

Each of the Connections themes, the Casa noted, will include multiple visual and performing arts events, ranging from low-cost admission to free entry.

To learn more, donate to the Casa and purchase tickets for Saturday night’s gala, which kicks off at 5:30 p.m., head to casaromantica.org. There, guests can also bid on dozens of items, as well as various food, drink and activity packages.