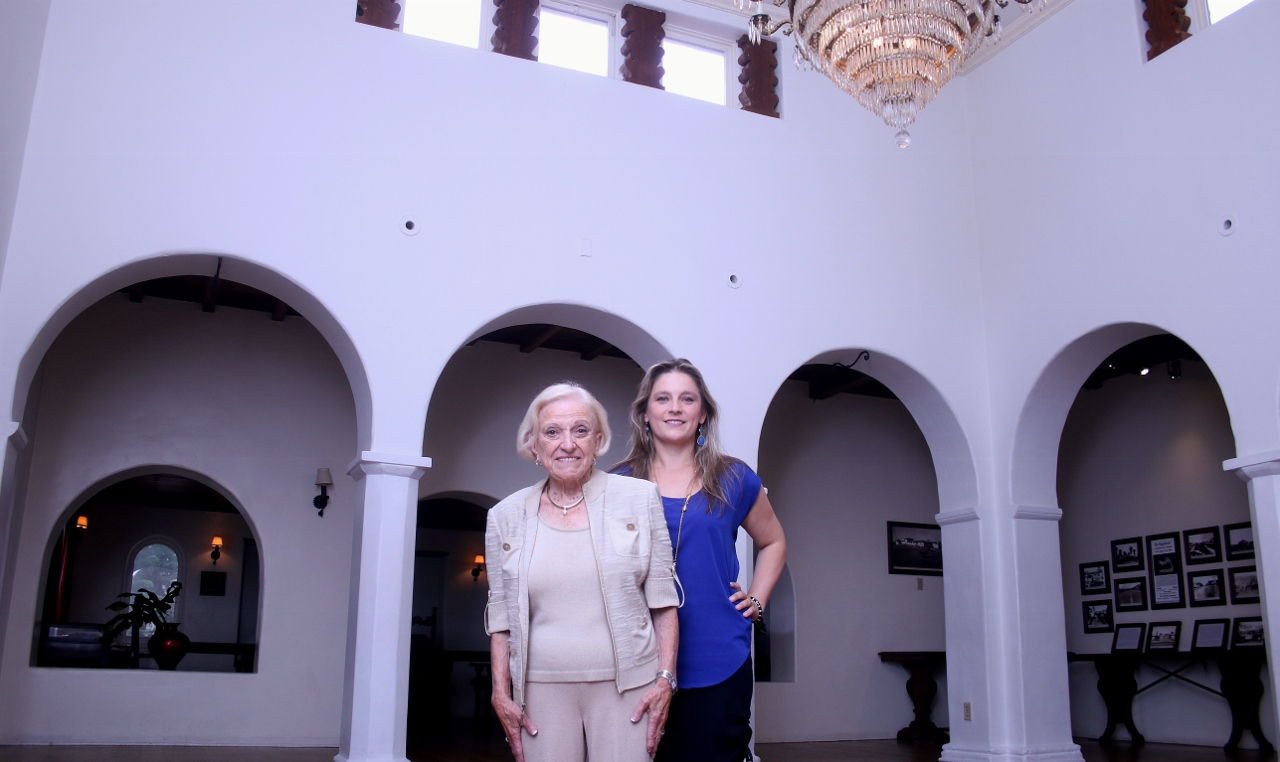 History seeps from every nook and cranny of the former home of San Clemente’s founder.

Casa Romantica has changed hands many times, but its original structure has remained mostly the same, with the exception of much-needed renovation in its near-century existence.
On Sunday, Sept. 3, in conjunction with the D. Yoder Family Sundays, the property will celebrate turning 90 years old. The landmark anniversary will be honored by the staff at Casa Romantica who will host a gathering with music, cake and a toast to the center. People are encouraged to dress in 1920s attire, a throwback to the era when Ole Hanson, the founder of San Clemente, owned the home.

“The house was lost by the Hanson family and reverted to the Bank of America, and then one of the ladies who lived in town lived there,” said Ruth DeNault, the chair of the Casa Romantica board. “Many families have owned it over the years, and then it became a retirement home.”
Eventually, the owners were unable to keep the property maintained, as decades of wear and tear had taken toll. It was eventually sold to the city of San Clemente in the 1990s, leased as a private event center.

“Fortunately, an anonymous donor gave $1.25 million to the city, if it could become a cultural center,” DeNault said. “We formed a board and started to raise money. It took quite a while because the place was quite run-down.”

The gardens, some of the patios and some other buildings were either restored or demolished completely, replaced by the amphitheater and other amenities.

“It’s so wonderful to welcome the members and non-members of the community here,” DeNault said.

A refurbished amphitheater is currently being examined by the city’s Planning Services Department, with full seating and a safer design, according to plans submitted by Casa Romantica.

Berenika Schmitz, the executive director of the Casa, said she and her staff are trying to schedule events and programs at least two years in advance. The Casa has a schedule available on its website.

“When I came on in 2013, we started ‘Casa Captivating’ and started classifying the events, and in the past four years they’ve flourished, and we’ve been able to sell-out many of our events,” Schmitz said. “The idea is to get farther and farther ahead to provide transformative programming, and now we have the time to do that.”

The Casa has also increased its membership tenfold in the last four years from 90 to 900. Attendance at events has soared and events have increased, according to a report published in May.

A recent event, the Rebecca Louise Law flower installment, was described by Schmitz as being a “really watershed image.” The installation allowed people to walk through suspended blooms that hung on wires.

“It was phenomenal in getting new people here,” DeNault said.

Schimtz said the team wants to continue exploring fundraising opportunities and to show that it’s a place worth sustaining. Maintenance is always going to be one of the most expensive costs to the facility.

“We want to get people excited about preserving the Casa,” Schmitz said.