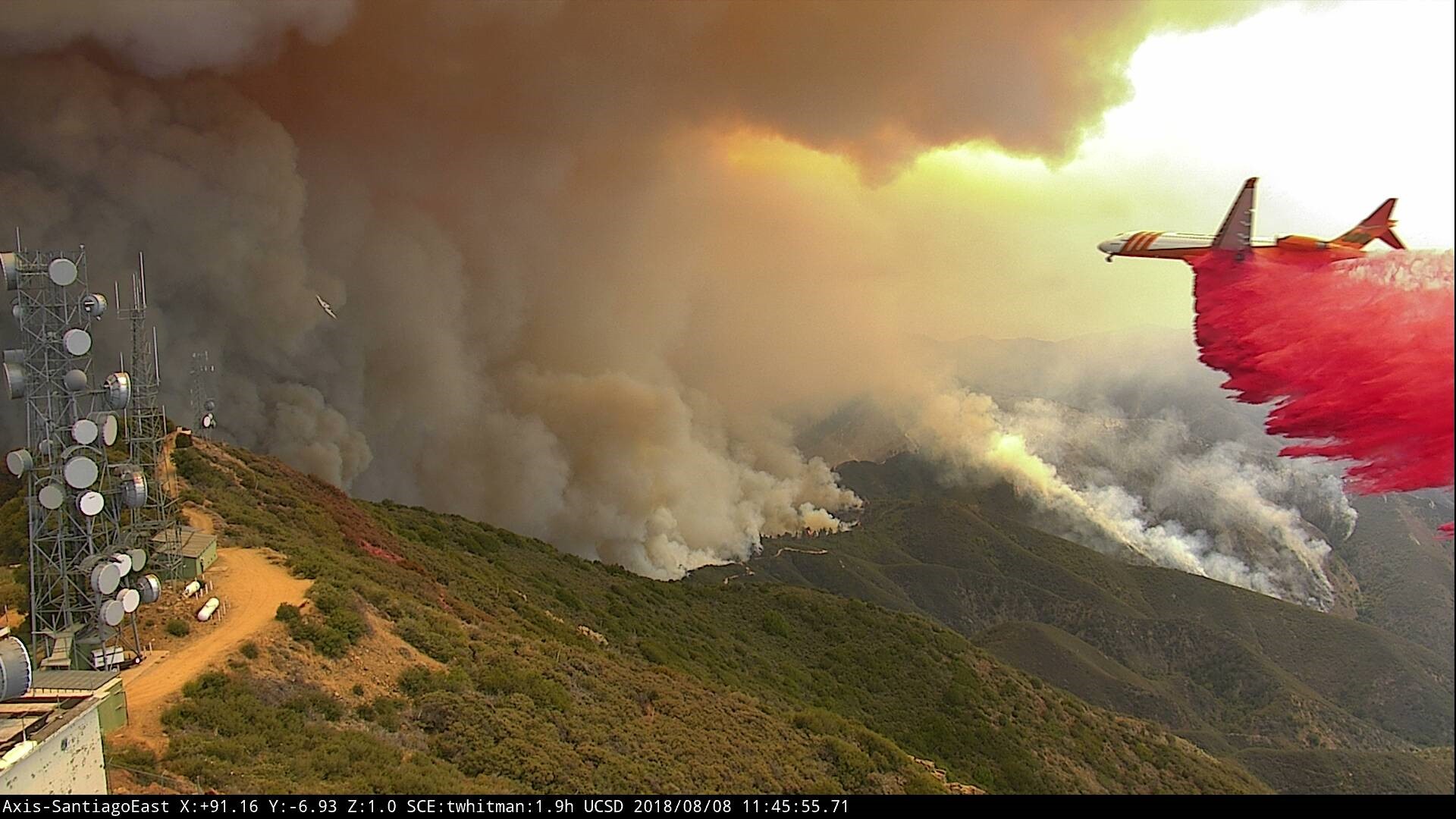 California has broken its deadliest and most destructive wildland fire records two years in a row.

To try to catch wildland fires before they become uncontrollable, ALERTWildfire, a project that establishes panoramic cameras showing live surveillance, will install at least one of its cameras on the San Clemente ridgeline to track fires in the city’s backcountry.

San Clemente escaped with minimal damage in June 2017 when a wildland fire came within arm’s reach of the eastern residential areas. The fire that started on Camp Pendleton burned more than 700 acres in the matter of a day, which is tiny considering what’s happened north of Orange County but frightening as to how close it came.

The program was launched by California University-San Diego’s (UCSD) McKay School of Earth Science and Engineering in collaboration with San Diego Gas & Electric and two other universities.

At the Nov. 7 San Clemente City Council meeting, OCFA Fire Battalion Chief Brian Norton presented the city with the application for leasing a site to construct the camera, which was unanimously approved.

“You drop a pin on the fire map, and it pulls in the weather data and where (the fire) is and where it’s going,” Norton said. “The accuracy of it is remarkable, and if you have something happening on the east, you’ll be able to predict when and where the fire will go. It makes evacuations easier and more effective.”

ALERTWildfire expects to have dozens of more cameras established in the area in the near future. The camera in San Clemente will be operational by the end of the year.

You may remember Neil Driscoll, Ph.D., from his lectures last year about seismological features near San Onofre. He also works with the ALERTWildfire program out of UCSD.

Driscoll said there are cameras that are already able to pan over San Clemente through the program, but the lease agreement for another camera will give the city eyes in the back of its head.

“You’re going to have this view shed of the county. It allows first-responders (to have) better detection and situational awareness,” Driscoll said.

The cameras that are used are pan-tilt zoom access cameras, and Driscoll said they’ve developed software to allow for remote server control. First-responders and firefighters can scan the area for any points of initiation, which is helpful when dealing with fires in dry regions.

Driscoll said as long as environmental conditions continue on the current trend, these types of fast-moving fires will be frequent.

“We’re on an escalator. There’s no new normal,” he said. “We don’t know how steep that escalator is going to be.”

People will be able to see real-time surveillance of the San Clemente camera by the end of the year at www.alertwildfire.org.

Editor’s note: The HPWREN cameras established in the county and throughout California and ALERTWildlife cameras are two separate entities but do work on each other’s network from time to time, according to Driscoll.